Google's DIY smartphone experiment -- Project Ara -- is getting pushed into next year because the phone is more modular than the company previously expected.

It can be hard to keep track of all of Google's side projects, from Google Glass to self-driving cars, but there's at least one endeavor that users won't have to worry about for a while. This week, the company confirmed it is pushing back the launch of its highly modular smartphone platform, called Project Ara.

Google confirmed through the Ara project's Twitter account that the smartphones would be headed to a few locations in the United States in 2016 instead of this year, due to more possible iterations of the smartphone than the company previously thought.

The Ara platform consists of an on-device, packet-switched data network based on the MIPI UniPro protocol stack, a flexible power bus, and an industrial design that mechanically unites the modules with an endoskeleton. 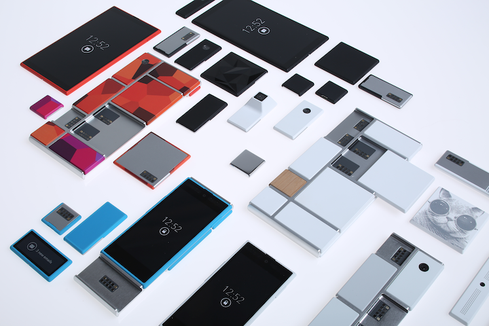 The goal of Project Ara is to enable users to create a modular smartphone that is precisely tailored to their functional and aesthetic preferences. In addition, Google has set engineering and manufacturing goals for the bill-of-materials cost of a basic, entry-level Ara device between $50 and $100.

"With a modular platform, you can pick the camera you want for your phone rather than picking your phone for the camera," according to the Project Ara website. "You could have a sensor to test if water is clean. You could have a battery that lasts for days. A really awesome speaker. A gamer phone. Or it could even be your car key. The possibilities are limitless."

While Ara devices will run the Android operating system, the program is still very much a development effort within the company and is not an official Android or Nexus product.

The user can populate the endoskeleton -- the structural frame and data backbone of the device -- with modules, the building blocks that make up the majority of the phone's functionality and features.

These modules can be inserted and removed at any time, even while the device is powered on. The devices also offer user-replaceable covers or shells, which provide a canvas for users to make their phone look the way they want it to.

[Read about Android 6.0, aka Marshmallow.]

"Ultimately, customers will be able to buy a complete Ara phone, configure one from scratch, or buy additional modules through the Ara Module Marketplace," the Ara project website explains.

Google is also in the process of developing APIs to help developers and artists create ways for users to customize their devices.

Google's not the only player in the modular smartphone game.

In June, Fairphone, a Dutch company dedicated to producing a more sustainable and ethically made smartphone, unveiled new details about its latest model -- the Fairphone 2 -- a modular device made of components that are designed to be easily replaced.

That company has already sold 60,000 Fairphones since it was registered as an independent social enterprise in 2013.

Nathan Eddy is a freelance writer for InformationWeek. He has written for Popular Mechanics, Sales & Marketing Management Magazine, FierceMarkets, and CRN, among others. In 2012 he made his first documentary film, The Absent Column. He currently lives in Berlin. View Full Bio
We welcome your comments on this topic on our social media channels, or [contact us directly] with questions about the site.
Comment  |
Email This  |
Print  |
RSS
More Insights
Webcasts
The Failures of Static DLP and How to Protect Against Tomorrow's Email Breaches
Strategies for Success with Digital Transformation
More Webcasts
White Papers
5 Steps to Zero Trust in the Data Center
MPLS, SD-WAN and SASE
More White Papers
Reports
2020: Threats in Review
IDC FutureScape: Worldwide Digital Transformation Predictions
More Reports