50%
Tweet
Google is looking to revamp its Android One smartphone offering in India, with company executives saying the device needs to hit the $50 price point.

Java: 7 Powerful Features For The Future
(Click image for larger view and slideshow.)

Google is looking to bring its Android One handset to more customers in India and Southeast Asia, but there's concern about what price point the company needs to hit in order to make it work. An interview with a company executive didn't exactly clarify the issue in the way Google hoped.

This week, Rajan Anandan, Google's managing director for India and Southeast Asia, gave an interview to The Financial Times (paywall) that has caused a bit of a kerfuffle.

Talking about the Android One project, Anandan told the FT that the company is committed to the project that targets developing countries and intends to launch affordable handsets. Android One was announced at the Google I/O developer conference in June of 2014, but it has not been a rousing success thus far.

The first Android One handsets that have been introduced into India -- and surrounding countries including Indonesia, Bangladesh, Nepal, and Sri Lanka -- cost about $100. The company has so far partnered with several OEMs to produce the handsets including India's Karbonn, Spice, Micromax, and Lava.

However, this seems a bit too high of price point for most customers. Instead, Anandan told the paper that the "sweet spot" in India is a smartphone that costs about half of the original price -- $50.

This is where things got interesting. 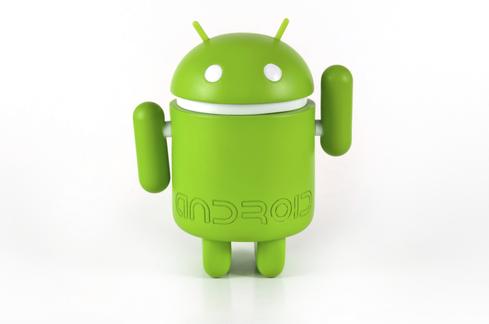 While the FT initially reported that the launch of such a low-cost phone was imminent, it has since retracted that statement. They report now states that Google wants to achieve this price point "over the next few years."

Google has also told other news sites that picked up this report that "the Financial Times had misquoted Ranjan."

One of the problems (besides handset prices) that may be holding the Android One back is the lack of sufficient carrier bandwidth in the regions. Google is responding to this in its increased attention to offering offline versions of its apps.

It has already introduced an offline version of YouTube in India.

[Is Android fragmentation a good thing? Find out more here.]

Android One is also a move by Google to counter what has happened to the Android software in China. The Android OS has become totally "forked" there. This means that each manufacturer includes only the apps and features that it wants to include. There is almost no post-sale support or upgrading of the system by the handset manufacturers. This has led to huge security vulnerabilities being present in many Android-based phones.

Google seems to have learned a lesson from this situation. The Android One concept embeds the idea that Google will provide needed OS upgrades and changes over the air, bypassing the handset manufacturers completely.

The Chinese manufacturers are taking note of all of this.

Xiaomi, for example, has just announced it will counter the poor public perception of Chinese-made handsets with a phone to be manufactured in India, the Redmi 2. Their manufacturing partner is the well-known Foxconn firm. It has a facility in India which was recently shut down when Nokia stopped making phones there.

Larry Loeb has written for many of the last century's major "dead tree" computer magazines, having been, among other things, a consulting editor for BYTE magazine and senior editor for the launch of WebWeek. He has written a book on the Secure Electronic Transaction Internet ... View Full Bio
We welcome your comments on this topic on our social media channels, or [contact us directly] with questions about the site.
Comment  |
Email This  |
Print  |
RSS
More Insights
Webcasts
5 Ways to Jumpstart AI
Building & Managing the Next-Gen SOC
More Webcasts
White Papers
Get The Key to Cloud Success
10 Things to Consider Before Buying a Mobile Device Management Solution
More White Papers
Reports
CyberSecurity Trends 2020
Global Cloud Proxy Enables VPN Split Tunneling
More Reports

Wow. I was not aware these had hit the Pakistani market.

But as far as tipping the market to smartphones, does QMobile just sell or is it a carrier as well?

In Pakistan at least there have been $53 android phones:

These are from a local company QMobile - the largest phone seller in the country. However these are still made in China.

Even at this price point the market has not tipped from feature phone to smart phone.

For that to happen the price point would be around $35.
Reply  |  Post Message  |  Messages List  |  Start a Board
Editors' Choice
Hot Topics