Google plans to take back control of its Android OS from wireless carriers and sell phones directly to consumers. What better way to get OS upgrades to users quickly and keep Android on top in the mobile device wars?

In order to insure that its Android mobile operating system comes out on top in the mobile device wars, Google is going to change the way it works with its partners.

According to the Wall Street Journal, people familiar with the idea said Google will give key partners early access to new OS releases and will then sell the devices that partners create directly to consumers. That's the strategy change. Well, actually, it's really a return to something like Google's original strategy.

When Google kicked off the Android craze with direct-to-consumer sales of the Nexus One, only one premier partner, HTC, made and released a flagship device before everyone else had access to the OS. This business model didn't work out so well and Google stopped selling the Nexus One, shifting sales of devices to wireless carriers and other retailers. 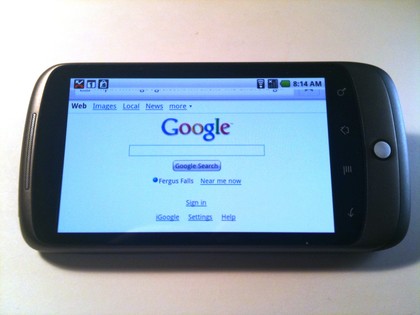 The Google Nexus One

The return to a direct-sales model clearly shows that Google is trying to regain and exert more control over the OS, its features, and core apps. This is clearly a bid to get rid of the carrier-branded bloatware that many users don't like and often don't use. The strategy change is also supposed to ease device maker concerns regarding favoritism toward Motorola Mobility from Google's pending acquisition, expected to close this quarter. After the acquisition completes, some handset makers believe they won't get a fair shake.

Devices sold from Google under this model are expected to be available to consumers in the U.S., Europe, and Asia. The devices will be unlocked and should run on any compatible GSM wireless network by simply inserting a SIM card. One would assume that compatible CDMA devices also would work on Verizon Wireless' or Sprint's wireless networks in the U.S., should devices with such radios be offered.

Unlocked devices won't come with carrier subsidies that lower their purchase price. Users can expect them to be priced at a premium, likely as high as $499 to $799 depending on the device. Users might still be required to commit to a two-year carrier-specific contract as well. At least that's the way it was when I bought my Nexus One in 2010.

On the bright side for consumers, Google will take back control of the Android upgrade cycle. This means users won't have to wait while carriers run tweaked bloatware and add-ins through exhaustive coding-testing cycles, struggling to make them work. OS upgrades should come much more quickly because the OS will retain its stock look and feel, and upgrades should come to a much larger group of devices.

The devices sold under this model initially will run the next version of Android, code-named Jelly Bean. Google hopes to have devices ready for sale by late November 2012, in time for the holiday buying season.

We welcome your comments on this topic on our social media channels, or [contact us directly] with questions about the site.
Comment  |
Email This  |
Print  |
RSS
More Insights
Webcasts
Key technology trends in 2021 - Making these technologies work for your business
Zero Trust for a Work-From Home World
More Webcasts
White Papers
Sunburst: Impact and Timeline
DevOps Guide to Terraform Security
More White Papers
Reports
Are We Cyber-Resilient? The Key Question Every Organization Must Answer
Building an Effective Cybersecurity Incident Response Team
More Reports