I recently wrote about how to turn a Kindle Fire into a "real" Android tablet and using Samsung's Galaxy Tab 2 7.0 for work-related tasks. So how does Google's first Android tablet, the Asus-manufactured Nexus 7, compare to these other 7-inch tablets as a work slate? I decided to find out. 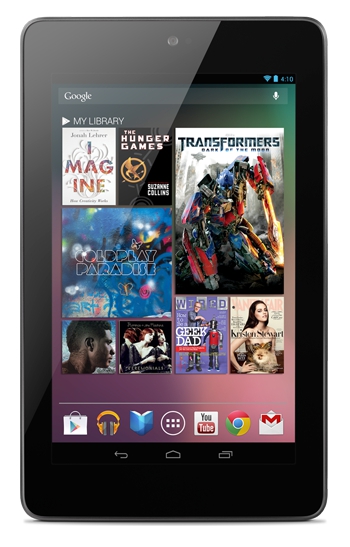 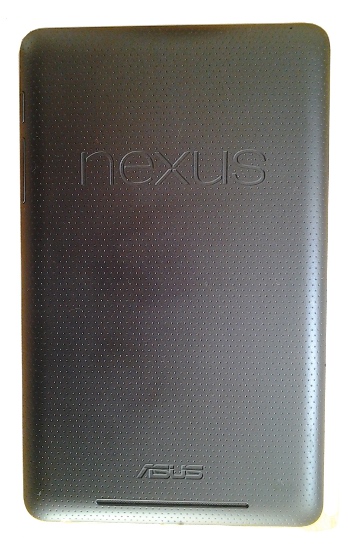 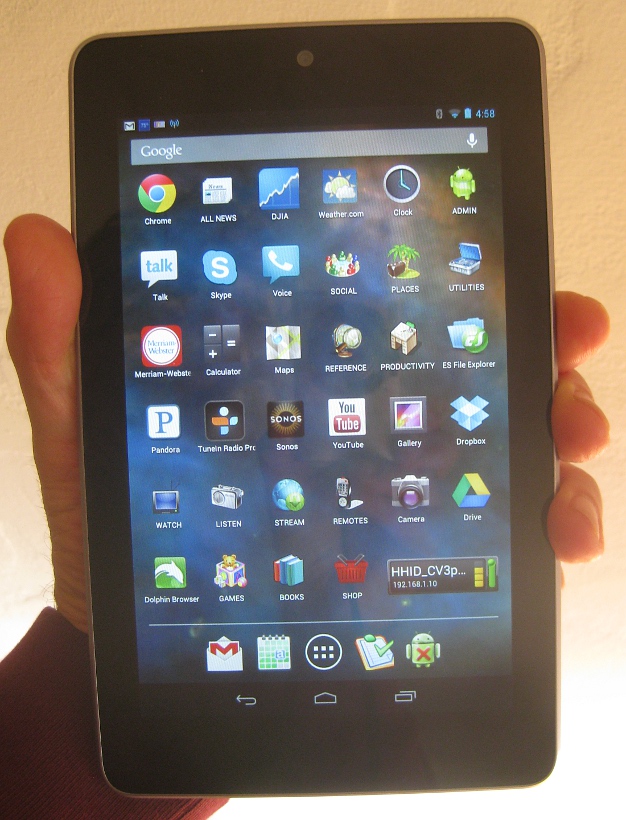 Three views of the Google Nexus 7
(click images to enlarge)

In BYTE's first look at the Nexus 7, Todd Ogasawara called it the best Android tablet that he'd used so far. This review dives more deeply into the tablet's Android 4.1 Jelly Bean user interface and functionality, and covers some useful apps for system customization and management, productivity, and more.

It's easy to see from the photo below that the Nexus 7 and the Galaxy Tab 2 7.0, its closest competitor, are much svelter than the Kindle Fire.

But how do the tablets stack up otherwise? The table below compares the key specs of all three 7-inch tablets. Later in this review we'll zero in on the Nexus 7 vs. the Galaxy Tab 2 7.0, arguably the best two 7-inch tablets available today.

The specs alone tell us two things: the Kindle Fire is due for a hardware and software refresh; and the Nexus 7 and Galaxy 2 7.0 are fairly evenly matched, each with its pluses and minuses (more on that later).

When it's first turned on, the Nexus 7 guides you through a few simple configuration steps, after which you'll arrive at the tablet's two default home screens (shown below). 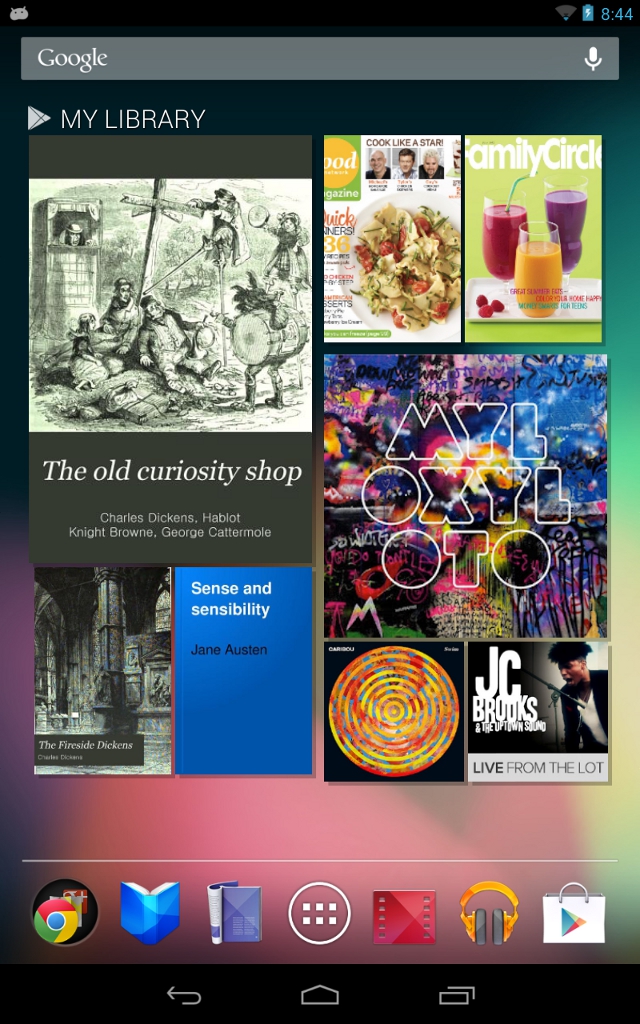 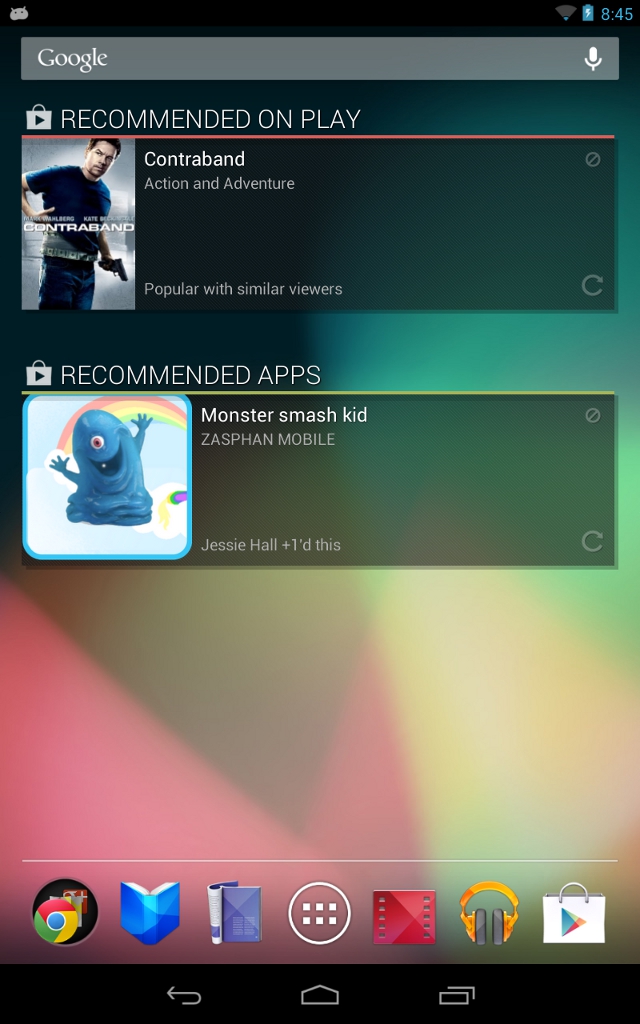 Tapping the widget in the middle of the dock at the bottom edge of either home screen switches the display to the all-apps and all-widgets view. The far left screenshot below shows icons for each of the 28 apps that were preinstalled on my Nexus 7. The other two screenshots show 12 of the tablet's 26 preinstalled widgets. 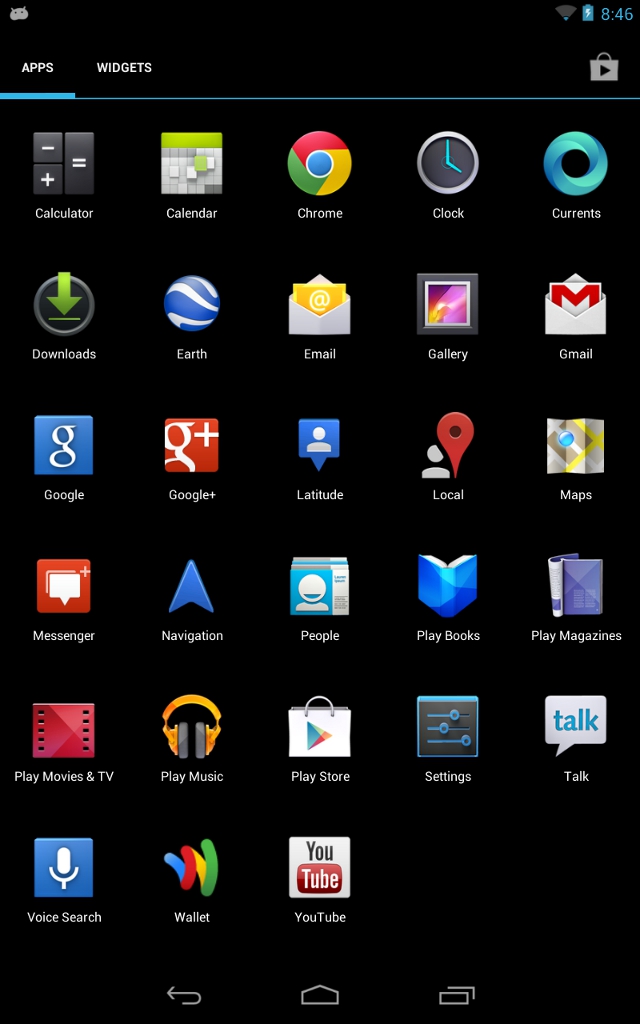