This next group of screenshots demonstrates the Nexus 7's built-in folder creation capability. You can create folders by dragging one app icon onto another. The method and results are similar to creating folders on the iPad, except the Nexus 7 has round, transparent folders containing overlapping stacks of icons.

Creating folders on the home screens is as easy as drag and drop.
(click images to enlarge)

Despite the avant-garde look of Nexus 7 folders, I prefer creating customized folders and app icons using the third-party Folder Organizer app. In addition to letting you assign custom icon images to each folder, the app provides a choice of folder themes; a handy function for assigning apps to one or more folders; and a tool for backing up and restoring your custom folder settings.

Thanks to Folder Organizer, I can quickly and easily access all of the near-200 apps I've installed on my Nexus 7 with one or two taps from a single home screen. To accomplish this, I populated the main home screen with 14 category folders, labeled with upper-case letters; 14 icons for favorite apps, labeled with upper and lower case; and one widget for quick Wi-Fi access point selection. I dedicated a secondary home screen to a handful of widgets.

Here's how all that looks on my Nexus 7: 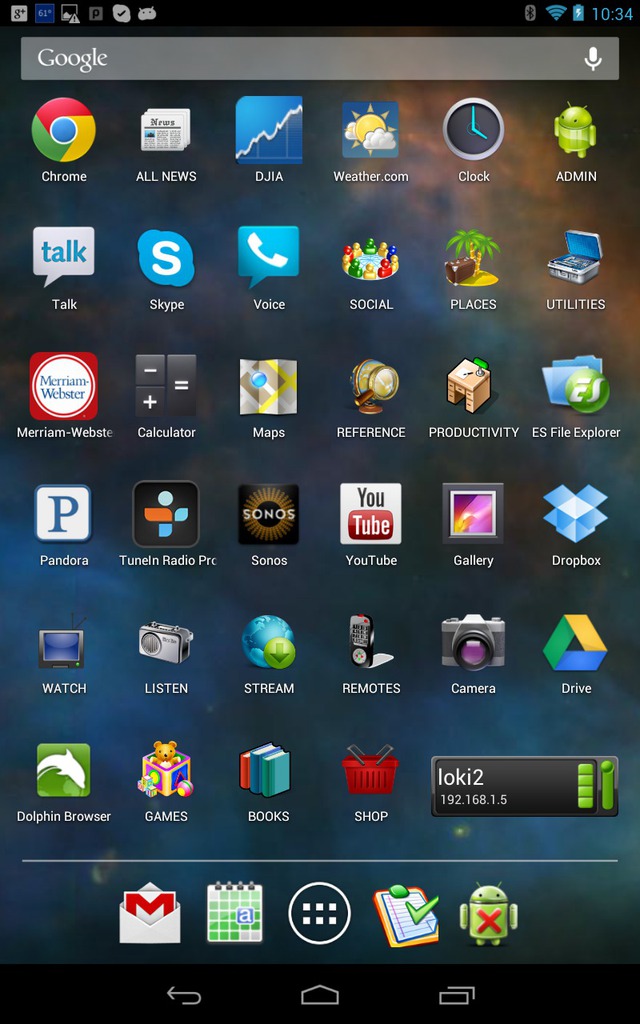 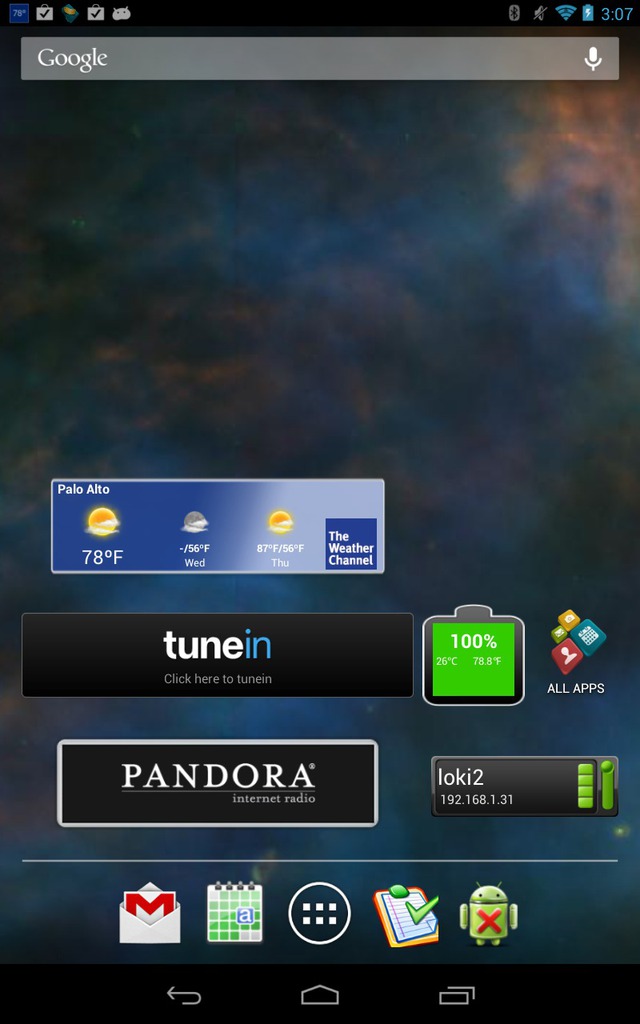 The Nexus 7's Android 4.1 OS offers numerous ways to move files in and out of the device. Of course, you can easily transfer files between the tablet and desktop or laptop PCs or Macs using a USB cable. Increasingly, however, I find myself using wireless, rather than wired, methods--and to or from a growing set of remote locations. These include the tablet's internal flash storage, Windows shares, other Bluetooth-enabled devices, and cloud services such as Dropbox, Google Drive, Box, and Sugarsync.

ES File Explorer, one of my favorite free apps, merges nearly all these file transfer locations into a single wireless multiverse, as seen below.

With its bright, crisp screen, the Nexus 7 makes a super reading and viewing tool, both for work and for pleasure. But what about typing in and editing documents?

As you might expect, the relatively small onscreen keyboards of 7-inch tablets limit the speed and accuracy with which you can type and edit documents or emails. However, there are several ways to circumvent this problem on the Nexus 7.

Numerous soft-keyboard alternatives to the standard Android onscreen keyboard are available from Google's Android Market. Of those, my favorite is the Hacker's Keyboard (second row below, left image). It adds cursor keys, an escape key, function keys, a numeric keypad, and more.

Another way to enter text is via the Google Voice Typing mode, which works surprisingly well. You launch the mode by tapping the microphone icon in the bottom row of the onscreen keyboard, or via the search widget at the top of the tablet's home screens. Speak slowly and clearly, and it can really speed up your text entry on the tablet. Google Voice Typing currently responds to a few spoken punctuation commands as well. It can understand comma, period, exclamation mark, question mark, and colon. But check your results closely because sometimes it makes mistakes. 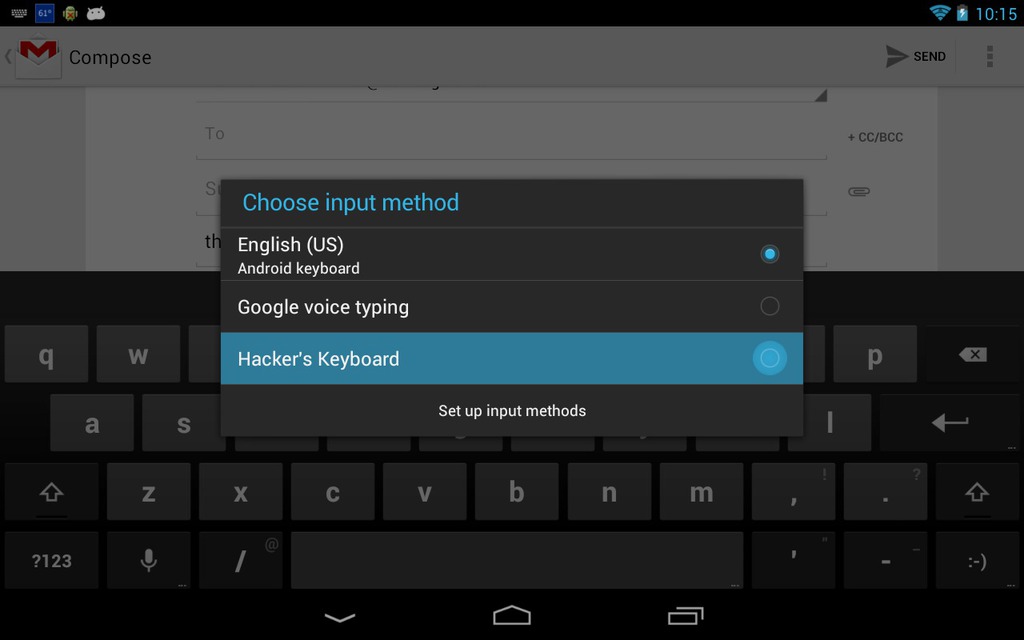 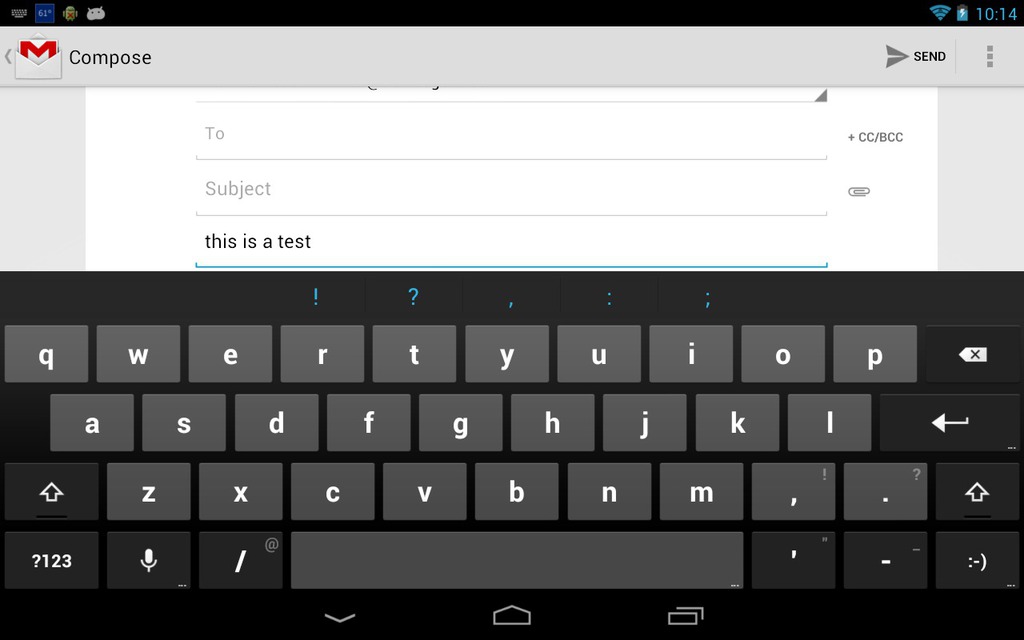 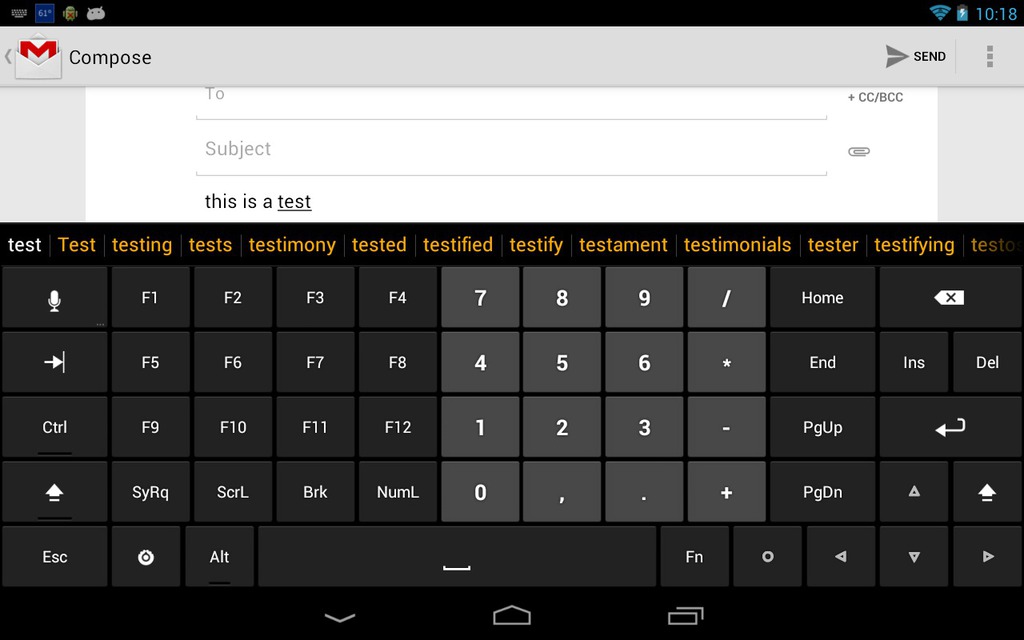 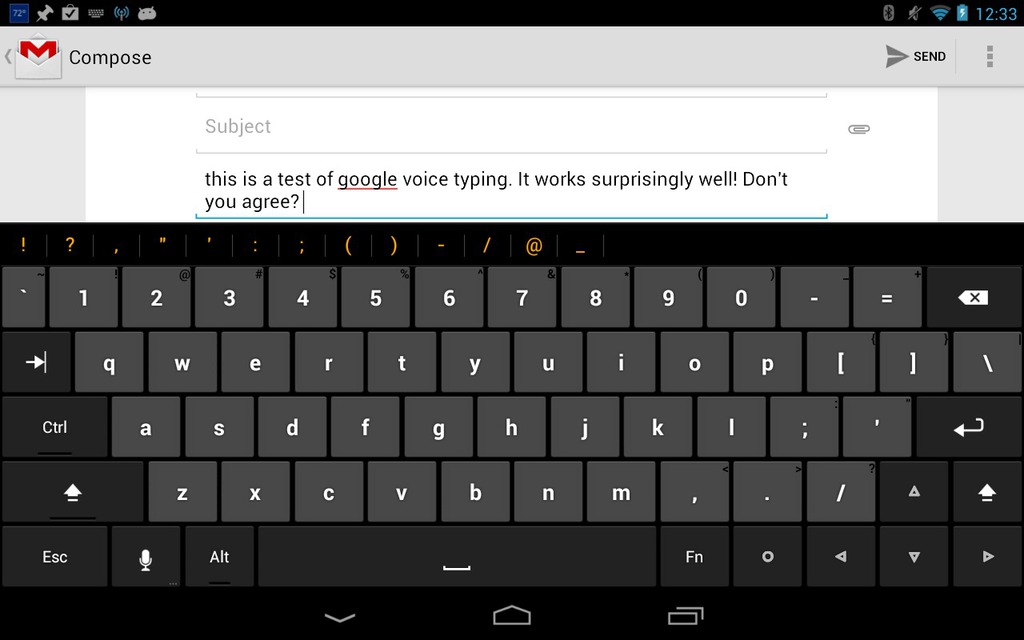 Although Google Voice Typing works fairly well, you'll probably find that a Bluetooth keyboard such as the one shown below is the fastest and most accurate way to enter text. 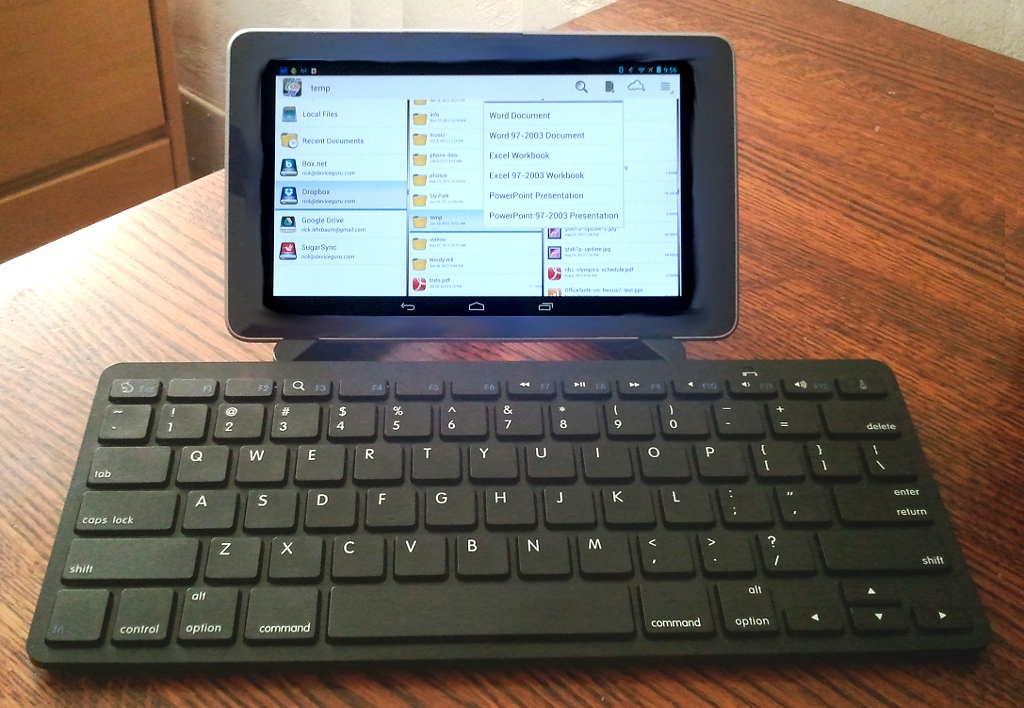 Typing with a Bluetooth keyboard is the most efficient way to enter text.
(click image to enlarge)