CES 2014: Cisco's Internet of Everything Vision
(Click image for larger view and slideshow.)

Google wants to know how you respond to the media content you view. It could ask you, but you might not want to answer, and, even if you did, you might not accurately convey how you feel.

To obtain a more accurate measurement, the company's engineers have been exploring how to read your body language. A patent application published on Thursday describes a way to assess enthusiasm for media content using information captured by a videocamera, the one that will soon be watching you in your home, through your TV, computer, or mobile device, if it isn't there already.

"Determining User Interest Through Detected Physical Indicia" outlines what could be called either an enthusiasm meter or a boredom meter, depending on whether you're a glass-half-full or glass-half-empty sort of person.

"Providers of the media content find great value in determining the user's attentiveness to the displayed media content, as knowing the user's interest in media content can help media providers tailor future content or recommendations more closely to the user's interests," the patent application lyrically explains. "Accordingly, in some implementations, a user's interest in displayed media is determined by analyzing visual data of the user (such as visual data from photographs or video) for physical indicia of user interest. An advantage of such an implementation is that the user does not have to actively indicate their [sic] interest to the system."

Amazon, Netflix, and other companies augment media transaction data by soliciting user input. Fandango, the online movie ticketing service, will pester you after you've seen a movie to rate it. Social interaction represents free labor for online companies, after all. You're expected to chip in with your opinion to keep the data scientists from starving.

Google does the same thing, but it also sees an opportunity to gather information about what you like without asking for it (beyond a presumed initial grant of permission).

Such ostensibly benign surveillance may not be limited to video. Google's patent application contemplates not only video image analysis, but audio analysis, eye tracking, head position, body inclination, and physical expression as ways to measure interest. 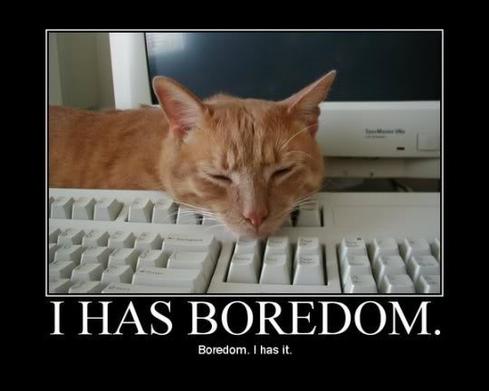 In space, no one can hear you scream. In your living room, Google's got your back.

An alternative implementation proposes listening to the music you're playing and comparing the number of beats per minute in the song to your movements. If they match, Google can infer that you're dancing, an action that "indicates positive user engagement."

The patent application does not specifically mention advertising, but it's clear that the ability to assess user interest would be at least as useful for delivering ads as it would be for delivering content. And really, Google doesn't have to specifically describe this research in the context of ads: Social tech companies' tendency is to treat ads and content as the same thing. (It's not an ad, it's a sponsored story!)

There is of course no guarantee Google will ever deploy such a system. Much of its research doesn't make it to market. But in case Google goes ahead with its attention measurement scheme, rest assured that the company is thinking how to preserve your privacy while it watches you dance.

"In some implementations, the client system removes personally identifiable information before sending the interest information to the server system," the patent application stated.

In other implementations, just make sure you activate "Incognito mode" when you get home.

We welcome your comments on this topic on our social media channels, or [contact us directly] with questions about the site.
Comment  |
Email This  |
Print  |
RSS
More Insights
Webcasts
Hybrid Cloud: The Great Balancing Act
Cybersecurity's Next Wave: What You Should Know
More Webcasts
White Papers
Why Add Security to Your Skill Set and How to Do It
451 Cloud Confidence Report
More White Papers
Reports
Intelligent Outcomes Are Key to Business Resilience
2021 Top Enterprise IT Trends - Network Computing
More Reports

Consider the masking tape firmly stuck over the webcam lens. It's funny, there was an advert for Microsoft (if I recall correctly) in a magazine I was reading, and it was touting the fact that the apps were "listening". My immediate reaction was "well stop it then!"

In the British political comedy series "Yes Prime Minister" there's a scene where they discuss the problems of talking in radio studio "off air", and the subsequent discovery/warning that "any microphone should be considered a "live" microphone." I would hate to think that every device in my house with a microphone or a CCD start to monitor me 24/7, and for what? It's not like it's for my own safety or anything...
Reply  |  Post Message  |  Messages List  |  Start a Board

This type of technology has a couple obvious flaws though.   Being a dual monitor user who rarely looks at the display that has the embedded camera means that the eye tracking is going to very tough to do especially when it has no idea what angle the other display is at.  For all it knows I'm looking out the window.  Watching facial expressions will be tough as well from odd angles.  This might provide some decent secondary data on surfing habits but I wouldn't make any decisions based on this data alone.
Reply  |  Post Message  |  Messages List  |  Start a Board

I'm not sure I know anyone who would willingly grant Google access to their web camera to monitor their reactions to content. Sure, some would do it if Google paid them a nominal fee for testing purposes, but how would Google use this information? I can't think of any practical instances.
Reply  |  Post Message  |  Messages List  |  Start a Board

Companies already do eye tracking studies for websites, screen ads and movies for audience reaction, so this seems like a natural extension of that if it works. Though "did you like it" and "did you react" are rather different responses.
Reply  |  Post Message  |  Messages List  |  Start a Board

That's what I tell folks. There's too much work to do to sit watching employees all day.

As for the low threshold of watching activity, the algorithm would have to be very sensitive to look at miniscule changes in body language, powered by a strong big-data engine in the background to sift through all of that data.
Reply  |  Post Message  |  Messages List  |  Start a Board

Well most IT departments have enough to do that they can't sit around watching hundreds of employees sipping coffee at their desks.  The possibility is there though.  I will say from experience, not watching cameras but monitoring communication that most people are very boring to monitor so if Google is going to be keeping track of people like this they better set the bar really low when it comes to detecting mood.  One thing I'm surprised we haven't seen from Google is analysis based on what you didn't click.  Think of how often you search for something then skip over sites because you know they are scraping someone else's content or you know that they have paywalls. If Google could see my face when I hit those sites it would change searching forever.
Reply  |  Post Message  |  Messages List  |  Start a Board

Hadn't heard of that one, Lorna Garey. Maybe I'll have to cover mine unless I'm actually using it. Although, I can't image someone wanting to sit and look at my mug all day.
Reply  |  Post Message  |  Messages List  |  Start a Board

Not so paranoid, jagibbons - there was a recently published exploit that let an attacker take control of a webcam and spy on the user. I personally stuck some masking tape over my daughter's laptop webcam. There are even reports of disabling warning lights:

I think Google would only have to pay a modest amount for a large number of users to sign up and offer valuable feedback. I don't want to be one of them, but for those already tweeting and living part of their lives on Facebook, they'd be willing to participate partly out of the sense their opinions are having an impact and counting somewhere. That doesn't seem to be the case for any of the commenters here, but we are making use of a more individualized outlet. The younger generation is going to be much more comfortable with social media than we are. There will also be a steady state share of the workforce underemployed and trying to make money from home. Here's a smple way to do it.

This validates those paranoid folks at the office that put a post-it over their laptop webcam, even after we've promised that IT isn't watching.
Reply  |  Post Message  |  Messages List  |  Start a Board
Page 1 / 2   >   >>
Editors' Choice
Hot Topics