Lenovo announced at CES that it will release a smartphone that integrates Google's Project Tango spatial sensing technology this summer.

At the 2016 Consumer Electronics Show on Thursday, Lenovo said it is working on a Project Tango smartphone that will be available this summer.

Developers can use this information to create apps that present augmented reality or virtual reality environments -- forms of media that happen to be areas of intense research and innovation at the moment. Facebook, Google, Microsoft, Sony, and Samsung, among others, have AR or VR products in the market or on the way. 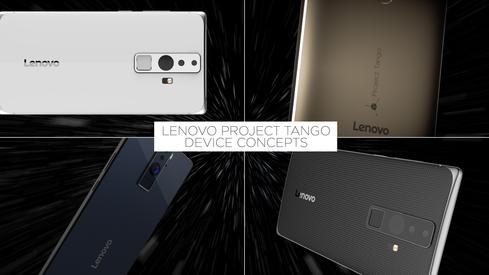 Google introduced Project Tango in 2014 and made the technology available in June that year to developers through its Project Tango Tablet Development Kit -- a 7-inch Android tablet and associated software.

Lenovo's Android-based Project Tango smartphone will be the first such device available to consumers. It will be powered by a Qualcomm Snapdragon processor. Further hardware specifications have yet to be disclosed.

"To break new ground in today's hypercompetitive smartphone and tablet industries, we must take innovation risks -- it's the only way to truly change the way people use mobile technology," said Chen Xudong, senior vice president and president of Lenovo's mobile business group, in a statement.

One risk is that there won't be enough must-have software to convince consumers to buy a Project Tango smartphone. There are already several dozen Project Tango-enabled apps in Google Play for developers who have compatible hardware. These include NVYVE Car Visualizer, which provides a way to interact with a virtual car; Project Tango MeasureIt, which lets the user take room measurements; and HeroArcade's WeRCubed -- Tango Edition. As befits the experimental nature of Project Tango, many of these apps aren't particularly polished.

To promote the creation of compelling Project Tango apps, Google and Lenovo have launched App Incubator. The contest allows developers to submit app proposals for a chance to win funding and distribution on Lenovo's Project Tango smartphone. Developers must submit their proposals by February 15. Those selected will be notified by March 15.

Thomas Claburn has been writing about business and technology since 1996, for publications such as New Architect, PC Computing, InformationWeek, Salon, Wired, and Ziff Davis Smart Business. Before that, he worked in film and television, having earned a not particularly useful ... View Full Bio
We welcome your comments on this topic on our social media channels, or [contact us directly] with questions about the site.
Comment  |
Email This  |
Print  |
RSS
More Insights
Webcasts
The Failures of Static DLP and How to Protect Against Tomorrow's Email Breaches
5 Steps to Solving Modern Scalability Problems
More Webcasts
White Papers
Presenting Your Cloud Security Strategy to the Board
Frost Radar: Global Threat Intelligence Platform Market
More White Papers
Reports
Special Report: The Changing Face of Threat Intelligence
DNS Network Traffic Volumes During the 2020 Pandemic
More Reports