Forget "peak Google." The year ahead will bring slower but continued expansion and diversification.

The year 2014 brought us "peak Google," the point at which the company supposedly begins to decline.

At least, that's the view of more than a few industry observers and the hope of competitors. It is, more than anything, an overly simplistic attempt to understand an increasingly complicated company.

John Battelle, author of The Search: How Google and Its Rivals Rewrote the Rules of Business and Transformed Our Culture (Portfolio Trade, 2006), characterizes this conceit as "a contagious misconception," because it makes a certain amount of sense.

Despite the fact that predictions about "peak oil," the point at which global oil production begins to decline, have proven wrong (subscription required), it's easy to imagine Google waning, because the amount it earns from each ad click has been declining for several years.

Google's stock costs about as much now as it did at the beginning of the year, and the shift toward mobile devices continues to challenge the company's search business. What's more, the company hasn't been able to extricate itself from regulatory scrutiny in Europe as easily as it did in the US.

That's far short of the proof required to establish "peak Google," and 2015 isn't likely to make the case more definitively. Google is just getting started with its mission to organize the world's information and make it universally accessible. And its business is becoming more diversified. 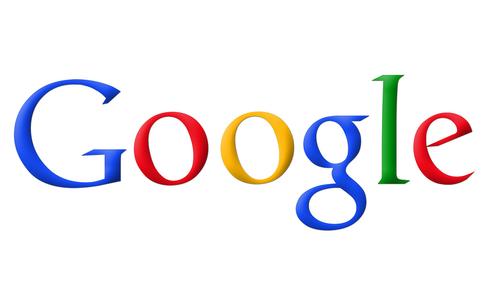 At the beginning of the year, I made several predictions about Google in 2014. Before attempting to predict Google's future in the year ahead, let's see how I did in the year gone by.

1. Google launches Chromepad.
False. Despite design sketches and the Chromebook Pixel as a proof of concept for using touch with web apps, there isn't a Chrome OS tablet. Yet.

5. Google begins retail push.
False so far. Google's barge debacle and its troubles with Glass appear to have cooled the company's interest in opening retail space. But it could still happen; Google was reportedly eyeing retail space in New York City in March.

6. Google offers rides in its driverless cars.
False, mostly. Google did test a new model driverless car this year, but only a limited number of people have been selected to try it out.

9. Google settles EU antitrust complaint.
True, briefly. Google agreed to a settlement in May, but the European Commission decided to reopen its investigation in September.

10. Chrome will become more important than Android.
Maybe. Despite the vast number of Android handsets, I would argue that Chrome matters at least as much to Google as Android. The company now allows Chrome users to run a select group of Android apps from within Chrome. IDC just reported that third-quarter Chromebook shipments to schools in the US exceeded iPads. Mozilla's decision

Google-guessing now is complicated by the fact that not matter what you imagine, someone inside this massive company is probably working on something of the sort, even if it may never see the light of day.
Reply  |  Post Message  |  Messages List  |  Start a Board

Batting .500 is not too bad in some settings, Tom. Google is an extremely hard company to make predictions about. The set you've offered here for 2015 are pretty interesting. Nurturing a streaming music service, YouTube Music Key, and a video streaming service to compete with Netflix and Amazon Prime -- those would be interesting developments.
Reply  |  Post Message  |  Messages List  |  Start a Board
InformationWeek Is Getting an Upgrade!