Nine instances of chargers overheating and melting have been reported.

One month after halting sales of the HP Chromebook 11 following complaints about charger failures, Google and HP, in conjunction with the US Consumer Product Safety Commission, have issued a recall of the micro-USB charger that comes with the device.

The recall notice says that Google has received nine reports about these chargers overheating and melting. Though no fires have been started as a result of the malfunction, one person reported minor burns, and another reported minor damage to a pillow.

The recall affects about 145,000 units, a figure that reflects distribution, rather than sales.

The defective charger, which is made in China by Leader Electronics, is model No. MU15-N1052-A00S. The designation can be seen on the same side of the charger as the outlet pins. Customers are advised to stop using the charger immediately.

[What else has Google been up to? Read Google Chromecast Adds 10 Apps.]

Caesar Sengupta, Google's vice president of product management, wrote in a blog post that Chromebook 11 buyers can visit this website to obtain a replacement charger at no charge. "We apologize again for the inconvenience this has caused. Your safety is our top priority."

HP posted a similar apology on its website. A company spokesperson did not respond to a request for Chromebook sales figures. During the third quarter of the year, HP was the leading seller of PCs in the US by volume, according to IDC. 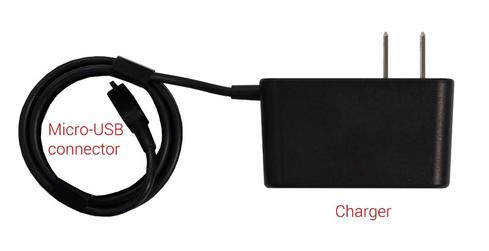 While waiting for a replacement charger, customers can use any micro-USB charger approved by Underwriters Laboratories.

Google and HP are also resuming sales of the HP Chromebook 11, now that the charger issue has been addressed. Despite the setback, Chromebooks continue to attract hardware partners. Last week, Dell announced that it intends to begin shipping a Chromebook for the education market in early 2014. Dell is the last of the major Windows PC makers to start making Chrome OS hardware.

Sometime next year, a Chrome OS tablet may emerge. Google hasn't committed publicly to one, but it has presented the possibility through a concept drawing on its website. This year, Chrome OS gained some technology that a tablet would require. The Chromebook Pixel debuted with touchscreen support, and in October, Google engineers added a virtual keyboard to Chrome OS.

If a Chrome OS tablet does debut, it may come from Asus, which is planning to enter the Chromebook market in early 2014. In mid-2013, Asus CEO Jerry Shen reportedly told investors his company would launch a Chromebook in late 2013 -- a deadline that apparently will be missed. If the device turns out to be a Chrome OS version of the company's Transformer notebook, the detachable screen effectively would be a Chrome OS tablet.

We welcome your comments on this topic on our social media channels, or [contact us directly] with questions about the site.
Comment  |
Email This  |
Print  |
RSS
More Insights
Webcasts
The Failures of Static DLP and How to Protect Against Tomorrow's Email Breaches
Making Cybersecurity Work in Small and Medium-Sized Businesses
More Webcasts
White Papers
Passwordless: The Future of Authentication
Cloud Connectivity -- Your Guide to the Network
More White Papers
Reports
The State of Threat Detection and Response
Building an Effective Cybersecurity Incident Response Team
More Reports

I'm always surprised more lawsuits don't come out of these overheating battery instances. You'd think someone would get hurt and get a lawyer gunning for punitive damages.
Reply  |  Post Message  |  Messages List  |  Start a Board

If i am not wrong, in January HP agreed to pay $425,000 in a civil penalty for not reporting the problems with its lithium-ion battery packs. I hope none of the other devices are affected by this recall.
Reply  |  Post Message  |  Messages List  |  Start a Board

Sounds like the Dell PS for laptops that had issues 5 or 6 years ago. I'm glad that Google and HP are ontop of this but where is the quality control? Ahhh  made in China... say no more.
Reply  |  Post Message  |  Messages List  |  Start a Board
Editors' Choice
Hot Topics