Although the first edition of Google Glass didn't take off, the company is retooling the device for specialty industries such as healthcare and energy.

While the first edition of Google Glass, the company's smartglasses concept, was roundly considered a consumer electronics flop. However, that hasn't dissuaded the search giant to try again, but this time with a focus on a different sort of clientele.

Quoting unnamed sources familiar with the situation, The Wall Street Journal reported the company has been in stealth mode with the second edition of the gadget, quietly distributing sets to representatives in the healthcare, energy, and manufacturing industries.

Glass is a head-mounted wearable computer developed by the company that enables users to communicate with the Internet through natural-language voice commands or by tapping and sliding on the frame.

"The new Glass is a curved rectangle, similar to the first Explorer version, but does not include a wire-like frame," the report stated. "Instead, it has a button-and-hinge system to attach the mini-computer to different glasses." 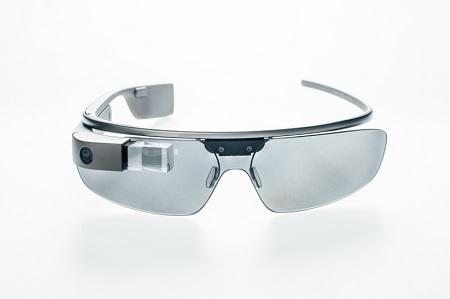 While Google has adopted a timetable that would see versions of the glasses in the hands of businesses this fall, the WSJ report said Google will not be rolling out the devices with any of the media bombast that coincided with the first release of Glass, which featured skydivers and viral videos.

While plans for a consumer version are in the works, the sources quoted in the article told the paper that a mass production version aimed at the general public is at least a year away.

While the Journal so far has scored the biggest scoop when it comes to details of the upcoming enterprise version of Glass, the Google-centric blog 9to5Google reported earlier this month that the company had been testing out hardware and user interface tweaks in preparation for a Glass 2.0 launch.

Aside from improving better battery life, Google is also reportedly developing a battery pack that will help the glasses last even longer, a necessary feature if the device is going to wind up on the face of a doctor performing a lengthy operation.

In addition, an FCC filing unearthed earlier this month by the blog DroidLife provided another indicator that Google is rejuvenating the Glass program.

While the filing doesn't confirm the nature of the device, it points toward new life for the product, labeled simply as GG1.

Details of the filing were scare, but the report notes the device supports 802.11a/b/g/n/ac WiFi in 2.4GHz and 5GHz, alongside Bluetooth LE connectivity and rechargeable, non-removable batteries.

Google isn't the only player in the game -- tech giants like Sony and Microsoft are also developing their own virtual reality (VR) and augmented reality (AR) displays.

Whether consumers will come around to the technology remains to be seen, however a May report from Business Insider found the overall global wearables market, which includes smartglasses, is projected to grow at a compound annual rate (CAGR) of 35% over the next five years, reaching 148 million units shipped annually in 2019.

Nathan Eddy is a freelance writer for InformationWeek. He has written for Popular Mechanics, Sales & Marketing Management Magazine, FierceMarkets, and CRN, among others. In 2012 he made his first documentary film, The Absent Column. He currently lives in Berlin. View Full Bio
We welcome your comments on this topic on our social media channels, or [contact us directly] with questions about the site.
Comment  |
Email This  |
Print  |
RSS
More Insights
Webcasts
Optimizing App Performance in the Cloud
Nip Ransomware in the FUD: Detecting Attacks Pre-Encryption
More Webcasts
White Papers
Why Add Security to Your Skill Set and How to Do It
How Hyatt Eliminated Bot Attacks Without Impacting their User Experience
More White Papers
Reports
Special Report: Edge Computing: An IT Platform for the New Enterprise
DNS Network Traffic Volumes During the 2020 Pandemic
More Reports
Copyright © 2021 UBM Electronics, A UBM company, All rights reserved. Privacy Policy | Terms of Service