The coalition of technology and car companies aims to put Android in automobiles this year. The companies hope to promote innovation, safety, and a more intuitive user experience.

Sundar Pichai, senior VP of Android, Chrome, and Apps at Google, said in a statement that bringing Android to automobiles will facilitate the integration of mobile technology into vehicles and provide drivers with a familiar interface.

The initiative should simplify developing mobile applications that run on or in conjunction with automotive electronics -- instead of writing code to communicate with many different proprietary systems, car-oriented apps can process data using common Android APIs.

[How should mobile apps be like cocktails? See Mobile Apps & The Art Of Mixology.]

The first casualty of this conflict, however, could be Microsoft, which has partnered with Ford to power the carmaker's Ford SYNC technology but hasn't yet mustered a compelling response to the mobile technology stacks of Apple and Google and hasn't rallied an appreciable number of automaking allies. 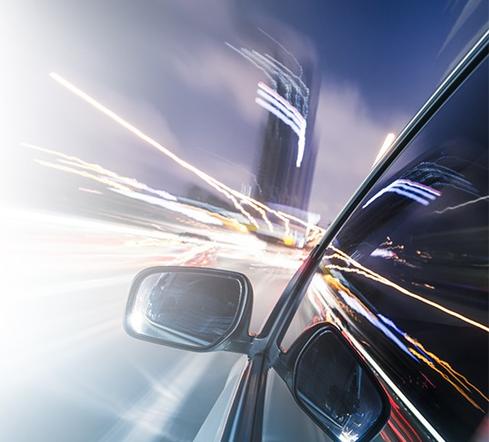 Frank Gillett, an analyst with Forrester Research, in a phone interview said that Apple and Google present contrasting approaches. While Apple's iOS in the Car seems to be focused on enabling smartphone use in cars, he said, "the Google approach seems to be about building Android into the car." At some point, he suggested, car buyers may have to make a platform choice when purchasing a car.

Gillett emphasized that the competition to integrate technology into cars goes beyond Apple, Google, and Microsoft. He pointed to Livio, a five-year-old Detroit-based auto technology company that Ford acquired last year. Livio aims to create an industry standard for connecting cars and mobile apps. He also pointed to AT&T, which on Monday announced that it has integrated its AT&T Drive automotive platform with Synchronoss Technologies' Integrated Life platform, a cloud service for automotive communication technology.

Just as cable companies have sought exclusive content to avoid becoming sellers of undifferentiated commodity bandwidth, automakers want to avoid ceding the relationship with their customers to technology platform providers like Apple, Google, and Microsoft.

"We're seeing the beginning of a battle for the relationship with automotive customers," said Gillett.

Auto companies would love to control the information that comes from the connected car, Gillett said, but they lack the software skills and experience to manage ongoing relationships with users of software.

The challenge for automakers is figuring out how car systems can work with smartphones without ceding too much value or control to smartphone makers. Consider that an in-car radio or media player is redundant if you have a smartphone that can connect to in-car speakers via Bluetooth or AirPlay. Similarly, car-oriented subscription services like OnStar can easily be offered from a smartphone, without the involvement of the car maker, depending upon the availability of car data and wireless connectivity.

Gillett suggests carmakers focus on the unique data and sensors car systems can provide, like the inertial data from car wheel sensors, while planning for the mismatch between mobile product lifecycles and cars that may be operational for decades. "You want interoperability between the car and the mobile device, but you want interoperability that allows for the significant evolution of the mobile device," he said.

Mobile, cloud, and BYOD blur the lines between work and home, forcing IT to envision a new identity and access management strategy. Also in the Future Of Identity issue of InformationWeek: Threats to smart grids are far worse than generally believed, but tools and resources are available to protect them (free registration required).

While I love the idea of having a modern platform in cars (I am still running a modded Windows CE dash system), I wonder if this is going to lead to lots of distracted drivers.  Theoretically consumers will want access to the Google Play store for apps, but then do we really want kids playing angry birds on the car dash?  This means it will really come down to the interface itself and which apps are contained in the specific stores run by the automakers.

Another question is about how these will connect to the internet.  If you tether with your smartphone, you are looking at additional data plan and battery usage.  If you connect it directly via SIM, then you are looking at a monthly service fee.  In a way it reminds me of a fancy internet radio.
Reply  |  Post Message  |  Messages List  |  Start a Board

With all this software integration and connectivity, I wonder if my local mechanic will soon be looking into certification programs. Perhaps they will add a help desk in the garage.
Reply  |  Post Message  |  Messages List  |  Start a Board

I think visual instrumentation in cars is going to be replaced by Siri and the like. Hierarchical menus -- a maintain in modern media and car systems -- are just too hard to navigate while driving. Within a few years, I expect we'll have become accustomed to how to talk to our cars. Voice is simply much better for toggling settings than dial-based or slider-based menu navigation.
Reply  |  Post Message  |  Messages List  |  Start a Board
Editors' Choice
Hot Topics