Stalwart market leaders Samsung and Apple maintained their leading positions during the third quarter of 2015, while Huawei posted surprisingly robust growth, according to Gartner.

The worldwide smartphone market surged to new heights during the third quarter of 2015, driven by demand for low-cost devices in emerging markets, while Samsung and Apple remained the two top manufactures in this competitive technology segment, according to a Nov. 18 report from Gartner.

Overall, global smartphone sales to end-users totaled 353 million units during the third quarter of this year, a 15.5% increase from the same period in 2014, according to Gartner's numbers.

"The availability of affordable smartphones in emerging markets saw consumers upgrade their 'feature phones' to smartphones more quickly because of the small price gap," Anshul Gupta, research director at Gartner, explained in a statement. 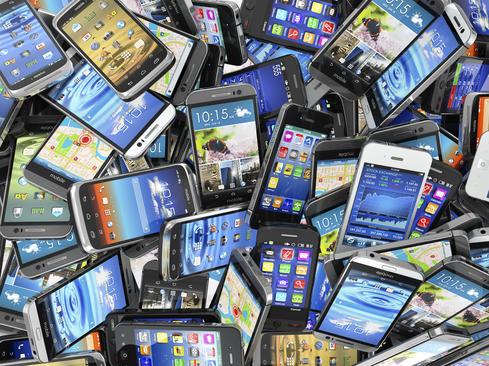 In addition, Apple got a major boost -- thanks to massive media attention -- with the global launch of the iPhone 6s and 6s Plus during the last week of September, along with the simultaneous launch in China.

Samsung continued to hold a steady lead in the market, moving more than 83.5 million smartphones, good for a total marketshare of nearly 25%, while Apple landed in second place with 46 million iPhones sold, representing 13.1% of the market.

Huawei placed third with 27.2 million handsets sold and a 7.7% marketshare, thanks to the company's strong growth at home in China and Europe, coupled with rising market visibility and brand awareness.

Lenovo and Xiaomi rounded out the top five with around 17 million smartphones sold each. However the report noted the results for Lenovo include sales of mobile phones by Lenovo and Motorola, the company it acquired last October.

Outside of the top five vendors, Gartner's "Other" category made up the bulk of the market and sales, representing 45% of smartphones sold and moving 161.2 million handsets worldwide.

[Read how mobile apps are changing IT education.]

On the other end, Microsoft continued to struggle, seeing Windows smartphone marketshare plunge from a paltry 3% in the third quarter of 2014 to an even less significant 1.7% this quarter.

"Despite the announcement of Windows 10, we expect Windows smartphone market share will continue to be a small portion of the overall smartphone OS market as consumers remain attracted by competing ecosystems," Roberta Cozza, research director at Gartner, said in a statement. "Microsoft smartphones will mainly focus on driving value for enterprise users."

Beleaguered smartphone manufacturer BlackBerry brought up the rear, selling just 977,000 smartphones to represent 0.3% of the overall market. The company is hoping its Priv device, which is based on Android, helps it climb out of the basement.

Nathan Eddy is a freelance writer for InformationWeek. He has written for Popular Mechanics, Sales & Marketing Management Magazine, FierceMarkets, and CRN, among others. In 2012 he made his first documentary film, The Absent Column. He currently lives in Berlin. View Full Bio
We welcome your comments on this topic on our social media channels, or [contact us directly] with questions about the site.
Comment  |
Email This  |
Print  |
RSS
More Insights
Webcasts
Cybersecurity's Next Wave - What Every Enterprise Should Know
The Failures of Static DLP and How to Protect Against Tomorrow's Email Breaches
More Webcasts
White Papers
A Technical Deep Dive on Software Exploits
The Insecure State of Microsoft Teams Security
More White Papers
Reports
Building an Effective Cybersecurity Incident Response Team
How IT Security Organizations are Attacking the Cybersecurity Problem
More Reports