Smartwatches account for only one quarter of wearables shipped during the first three months of the year, according to IDC. Can the Apple Watch change that?

Wearables marked their eighth consecutive quarter of growth during the first three months of the year, with fitness bands and other simple wearables leading the way. Smartwatches account for at most 25% of wearable shipments. Will the Apple Watch change that? 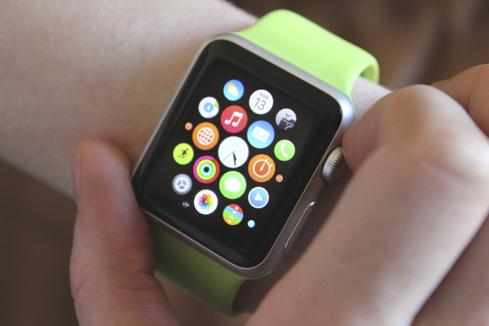 "Bucking the post-holiday decline normally associated with the first quarter is a strong sign for the wearables market," Ramon Llamas, and IDC research manager for wearables, wrote in the June 2 report. "It demonstrates growing end-user interest and the vendors' ability to deliver a diversity of devices and experiences. In addition, demand from emerging markets is on the rise and vendors are eager to meet these new opportunities."

Smartwatches didn't make much of an impact in shipments.

[Read about the growing IoT market.]

Samsung managed to rank fourth in the overall standings with 600,000 devices and 5.3% of the market, but not all its devices are smartwatches. IDC believes Samsung might have sold more devices if the wearables were compatible with a broader range of Samsung's handsets. Samsung limited compatibility of the Tizen-powered Gear, Gear 2, Gear Fit, Gear 2 Neo, and Gear S to its high-end smartphones.

Together, fitness bands accounted for 75% of all wearables shipped during the first quarter. That means Motorola, LG, and others shipped just 2.8 million smartwatches.

"What remains to be seen is how Apple's arrival will change the landscape," added Llamas. "The Apple Watch will likely become the device that other wearables will be measured against, fairly or not. This will force the competition to up their game in order to stay on the leading edge of the market."

Indeed, Google has stepped up its game and introduced a new version of the Android Wear platform. The revised software is easier to use and adds more features, like remote music playback and support for WiFi. LG recently debuted the Watch Urbane, a high-end smartwatch meant to appeal to the fashion conscious. Asus showed off a new ZenWatch.

Lenovo showed off a smartwatch with two screens.

The market is still anxiously waiting to see what Motorola does next with its 360 smartwatch.

The Apple Watch is off to an unknown start. Executives have been coy about sales, only saying the product is doing well. The Apple Watch has helped raised the profile of all smartwatches, but with first-quarter shipments at just 11.4 million the market for wearables has a long way to go.

Eric is a freelance writer for InformationWeek specializing in mobile technologies. View Full Bio
We welcome your comments on this topic on our social media channels, or [contact us directly] with questions about the site.
Comment  |
Email This  |
Print  |
RSS
More Insights
Webcasts
Key technology trends in 2021 - Making these technologies work for your business
Zero Trust for a Work-From Home World
More Webcasts
White Papers
Why Add Security to Your Skill Set and How to Do It
Sunburst: Impact and Timeline
More White Papers
Reports
The State of DevSecOps Report
Are Unprotected Cloud Databases Leaking Your Data?
More Reports

What I'm hoping for is that the Apple Watch will transform wearables beyond just fitness. This is because Apple's app developer ecosystem is so strong that I'm thinking we'll see more than just activity trackers – this is something that is sorely needed in the wearables market.

I can't imagine wearables will survive if they are only used for health/fitness – there needs to be more value to these devices than just that.
Reply  |  Post Message  |  Messages List  |  Start a Board

I'm not an Apple Watch fan, I will never purchse one (you'll see that in a lot of my posts on IW). But this idea, this works. Reasonably priced and they actually create a benefit that doesn't go beyond its own scope. Fitness bands cover one thing: getting in shape. One of the big issues with Apple Watch is Apple has made a product that tries to give everything to everyone, which doesn't really work.
Reply  |  Post Message  |  Messages List  |  Start a Board

I'm not  really an Apple person so I don't get the hubbub about the smart watch, but without an iPhone, it doesn't do me much good either. But a wearable fit band such as fit bit is a great way to stay motivated in fitness goals. I'm not surprised their sales are doing well. With the lower price point, it's about the price of a good pair of running shoes, so it makes sense to add it to the investment of your health. I've used a fitbit on my wrist for fitness and used my phone on my arm and unless the phone is going anyway for my workout music, I perfer the fitbit for logging daily steps. Wearable make tracking fitness a no-brainer, and making it a no-brainer means it gets done so there is one less obstacle to meet your goals.
Reply  |  Post Message  |  Messages List  |  Start a Board
Editors' Choice
Hot Topics