The Fitbit Blaze carries a touch of luxury in the form of leather and stainless steel band options, alongside expanded communications capabilities. It's the company's first attempt to take on the Apple Watch head-on.

Health and fitness device specialist Fitbit announced the launch of its Blaze fitness watch at the 2016 CES expo this week in Las Vegas. It's a device which represents a major step forward for the company in an increasingly crowded and competitive market that now includes the Apple Watch.

Currently available for presale with global retail availability starting in March, the Blaze retails for $199.95 and features a color touchscreen with a variety of clock faces and interchangeable bands with either sporty or more professional-looking aesthetics.

The Blaze also includes a host of smart notifications such as call, text, and calendar alerts. Fitbit is claiming that battery will last up to five days. 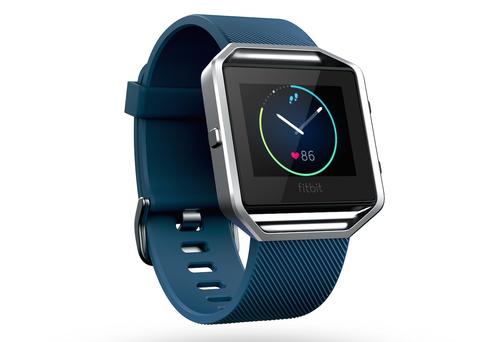 Bluetooth Smart connectivity delivers call, text, and calendar notifications through on-screen messages and a vibrating alert. Users can then accept and reject calls directly from the Blaze when it's connected to a compatible smartphone.

Users can also deploy on-screen controls on the Blaze to access playlists and volume when playing music from a connected smartphone.

On the style side, the device's modular design lets users insert the tracker into a new frame. The Blaze can be dressed up at work and then swapped into a new frame designed for gym use.

Quick-release spring bars allow users to switch bands and change the look of the device. Options range from high-performance elastomer to leather and stainless steel.

Led by the popularity of fitness activity trackers and smartwatches, unit sales among all wearables in 2016 are forecast to reach 38.4 million, according to a recent report from the Consumer Technology Association (CTA).

[Check out these emerging trends from the 2016 CES.]

Smartwatches like the Apple Watch, which compete with the fitness activity tracker market with their slate of expanded apps and communications capabilities, are expected to increase 28% to 13.6 million units, earning $3.7 billion in revenue -- an increase of 22%.

The total worldwide shipment volume for wearable devices in the third quarter of 2015 came to 21 million units, up 197.6% from the 7.1 million units shipped during the same quarter last year. Fitbit maintained its market lead with 22% of the wearables market, according to a December report from IDC.

Nathan Eddy is a freelance writer for InformationWeek. He has written for Popular Mechanics, Sales & Marketing Management Magazine, FierceMarkets, and CRN, among others. In 2012 he made his first documentary film, The Absent Column. He currently lives in Berlin. View Full Bio
We welcome your comments on this topic on our social media channels, or [contact us directly] with questions about the site.
Comment  |
Email This  |
Print  |
RSS
More Insights
Webcasts
Monitoring Critical Cloud Workloads
Disaster Recovery/Business Continuity in the New Normal
More Webcasts
White Papers
How DevOps Delivers on User Experience with Observability
2021 Email Threat Report
More White Papers
Reports
2021 Digital Transformation Report
The State of Endpoint Security
More Reports

<Smartwatches like the Apple Watch, which compete with the fitness activity tracker market with their slate of expanded apps and communications capabilities, are expected to increase 28% to 13.6 million units, earning $3.7 billion in revenue -- an increase of 22%.>