0 comments
Comment Now
Tweet
The chipheads at UBM Techinsights have disassembled the new Google Nexus 7 and provided 27 photos of the new tablet being disassembled. See the details: a 7-inch display with 1280 x 800 resolution, a quad-core Tegra 3 processor, not to mention all the shielding and component brand names. Is it a Kindle Fire killer? Can it stand up to the mini iPad? 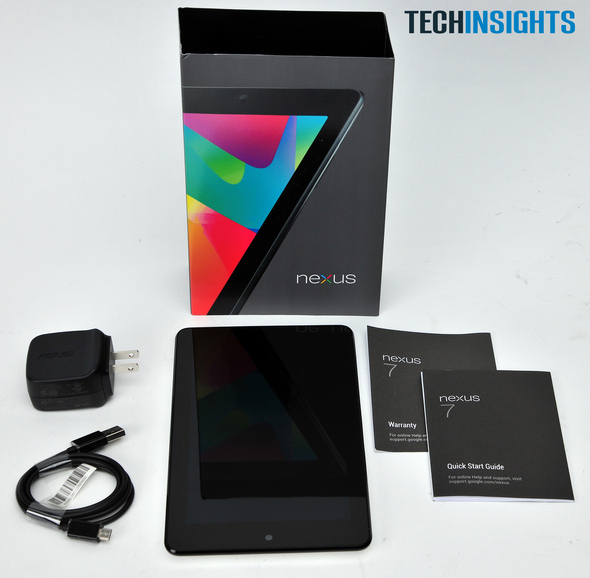 If you're not Apple, your tablet is probably about 7 inches, and Google's Nexus is no exception. The Kindle Fire has done very well in this form factor, but business-oriented tablets haven't been as successful.

With the Nexus 7 Google probably hopes to set a high standard for other Android tablet companies, including Samsung, HTC and their own Motorola Mobility. The Nexus 7 is manufactured by Asus. The low price of the Nexus 7 -- $199 for the 8GB model and $249 for the 16GB model -- set an aggressive price schedule for OEMs. Smaller companies probably won't be able to meet this standard at a reasonable price.

But the competition is attempting to impress buyers all on their own. Samsung's Galaxy Tab products have received critical acclaim, if not overwhelming sales. An updated Kindle Fire is rumored to be near, as is the long-rumored mini iPad. And everything could change when Windows 8 comes and Microsoft ships their Surface tablet/notebook hybrid.

UBM Techinsights has their own article on this teardown with much more analysis.

And now, without further adieu, the 27 image story of the disassembly of the Google Nexus 7. 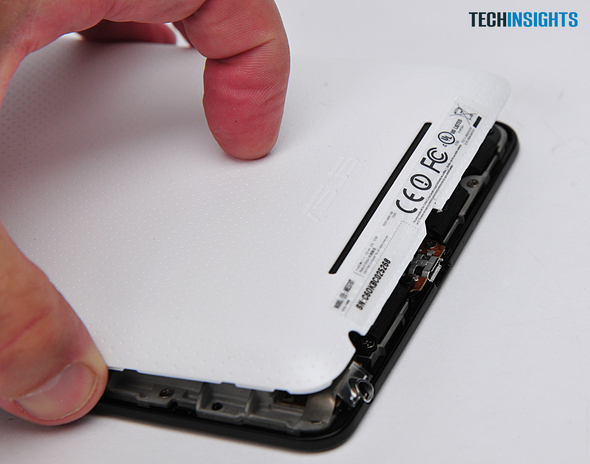 Removing the back cover of the Nexus 7 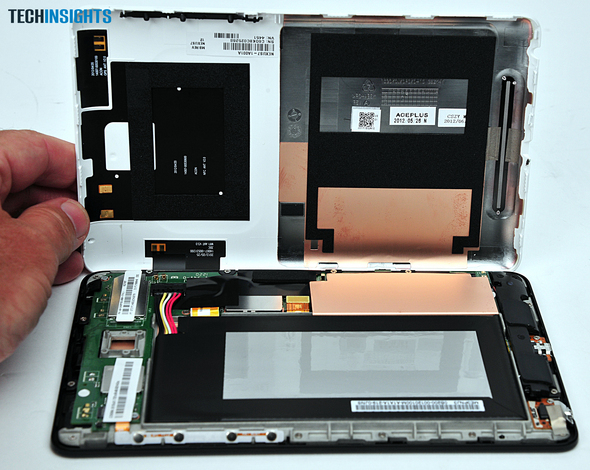 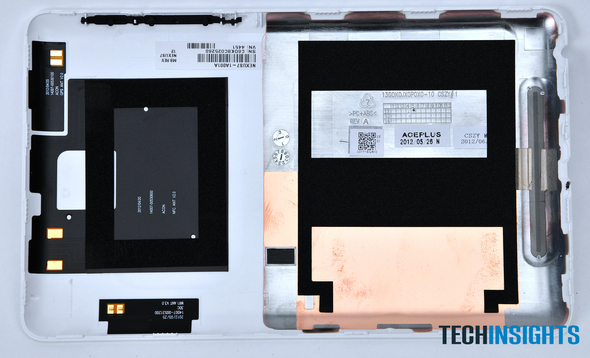 The back cover of the Nexus 7 with some shielding 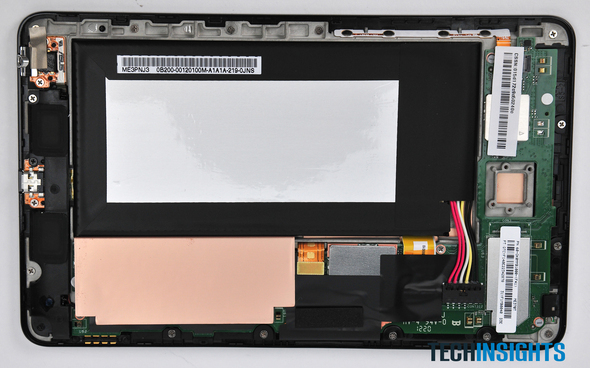 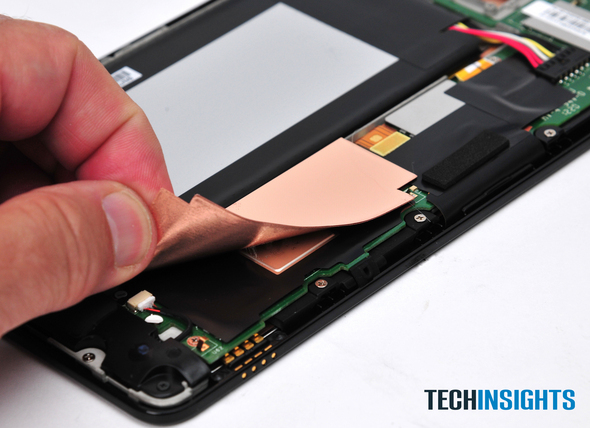 Removing the shielding around the main PCB 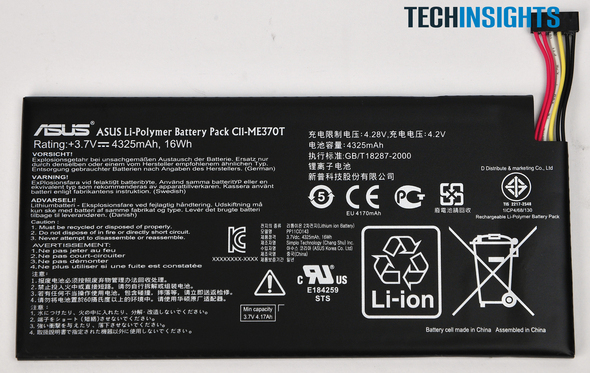 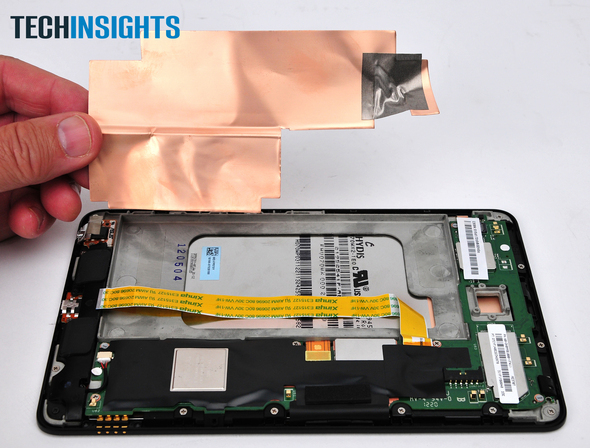 A closer look at the display manufactured by HYDIS 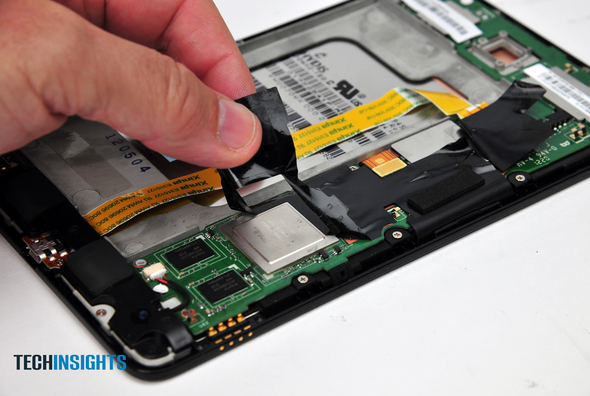 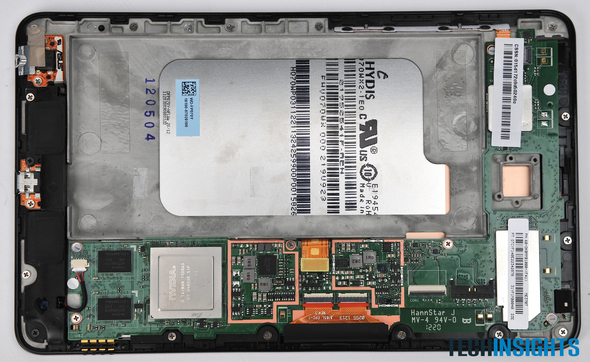 A look at the main PCB with the shielding removed. 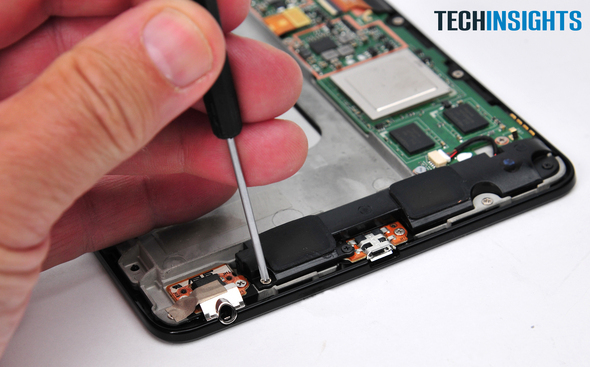 Removing the speakers from the Nexus 7 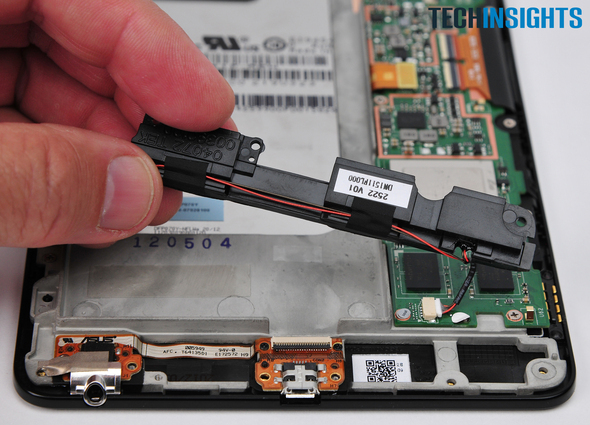 Revealing the markings on the speaker 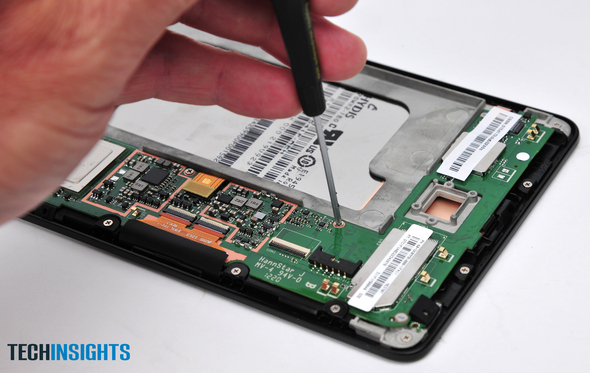 Removing the main PCB from the Nexus 7 front cover 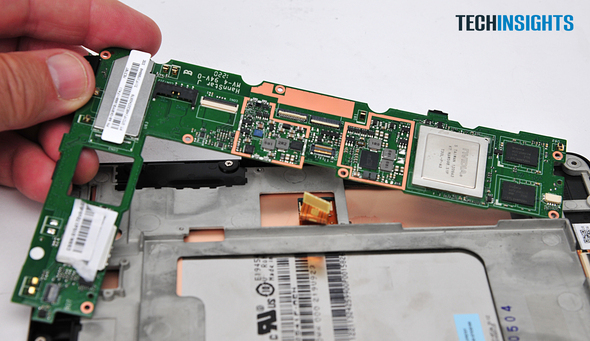 The board separated from the cover 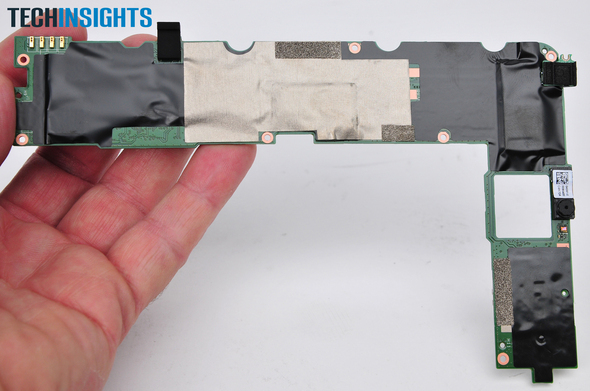 The backside of the PCB with shielding 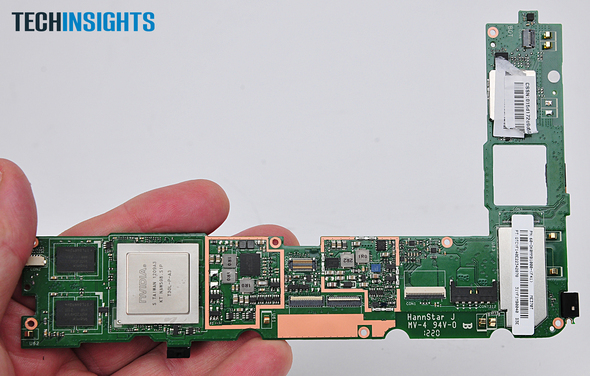 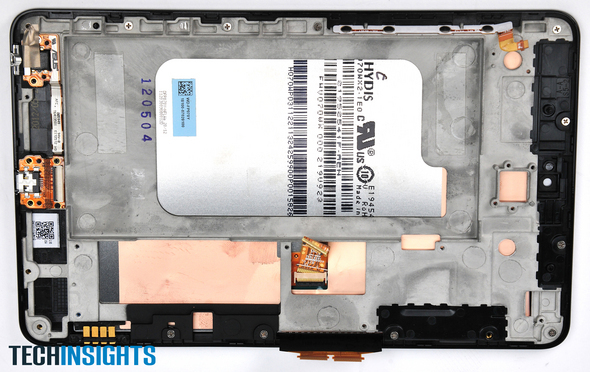 The front cover minus the main board 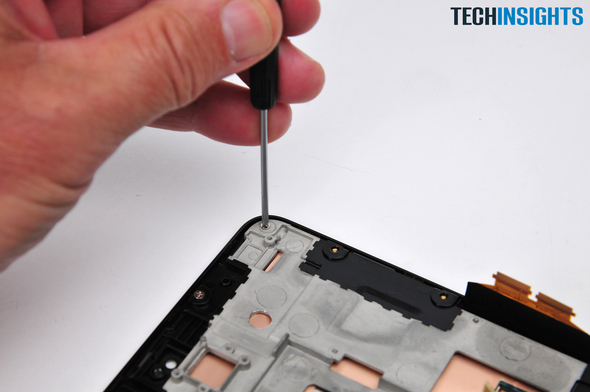 Beginning the process of removing the LCD touchscreen 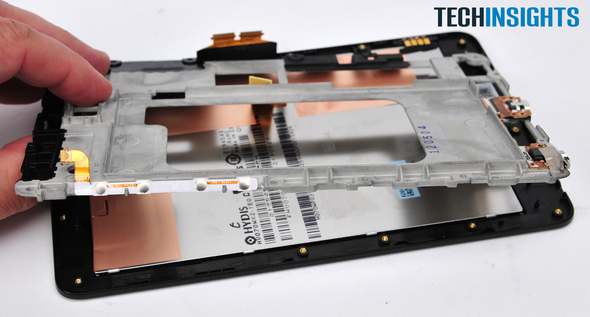 Removing the board enclosure 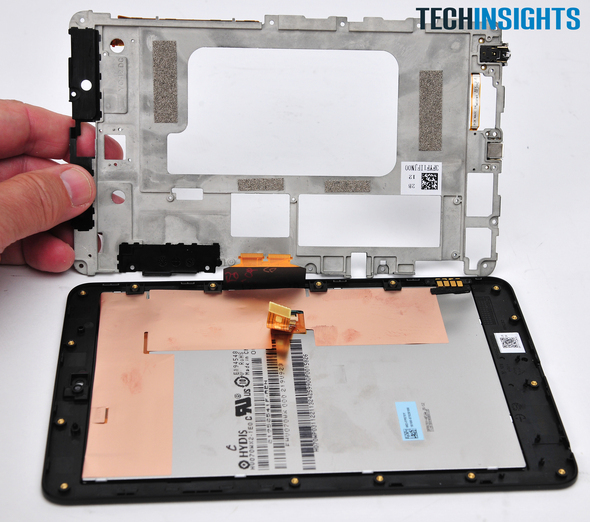 A look at the HYDIS-manufactured display 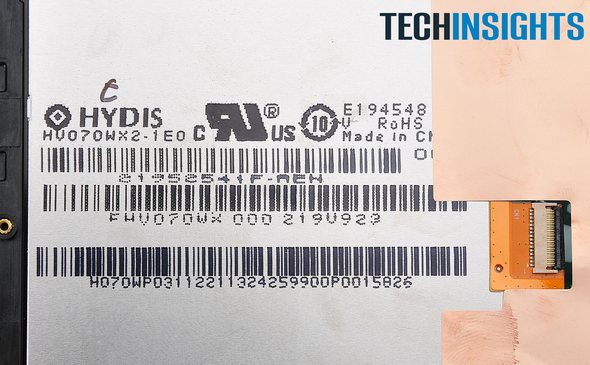 The markings on the HYDIS display 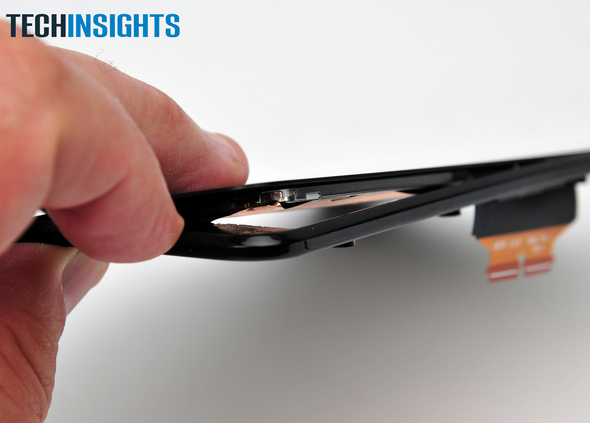 Separating the display from the cover 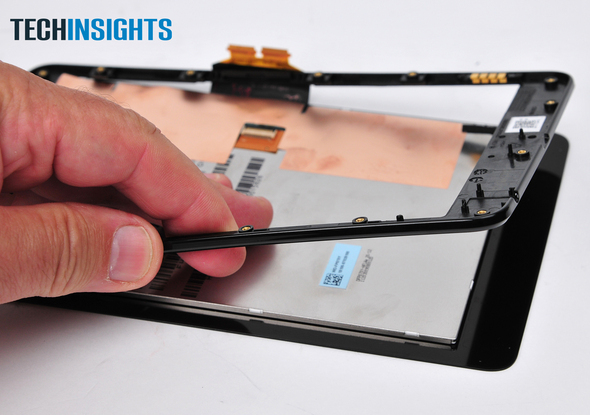 Further separation of the front cover 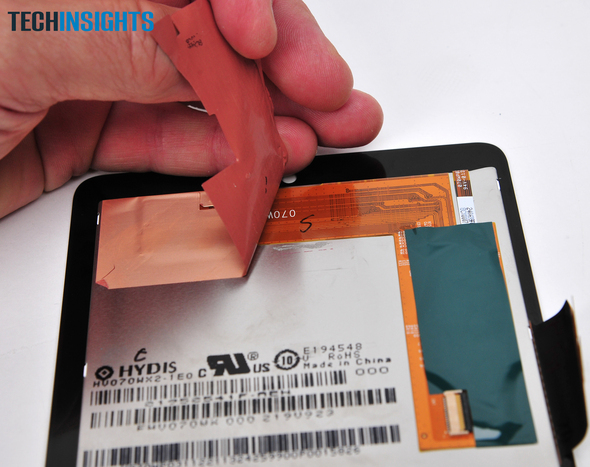 Removing the shielding reveals the flex connector to the touchscreen 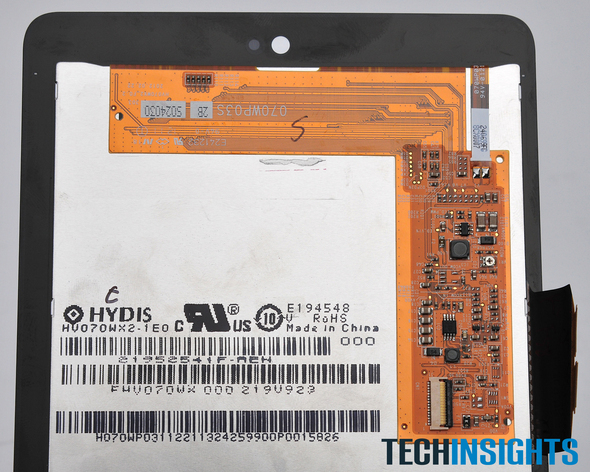 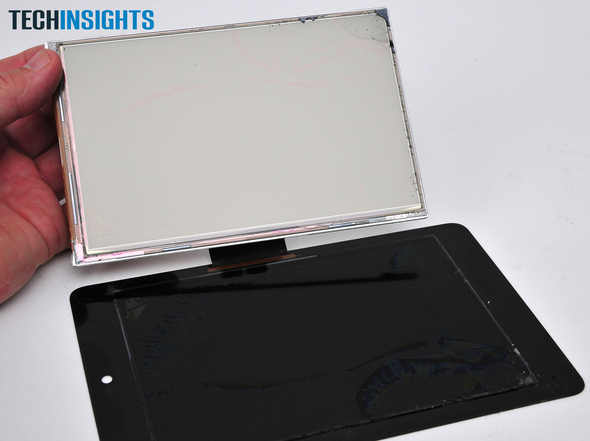 The touchscreen separated from the glass

We welcome your comments on this topic on our social media channels, or [contact us directly] with questions about the site.
Comment  |
Email This  |
Print  |
RSS
More Insights
Webcasts
The Best Ways to Stop Malware and Ransomware That No One Else Will Tell You
Effective Cyber Risk Assessment and Measurement
More Webcasts
White Papers
2020 Gartner Market Guide for Network Detection & Response
How You Can Evaluate Your Org's Cybersecurity Readiness
More White Papers
Reports
Threat Intelligence Spotlight: Hunting Evasive Malware
2019 Threat Hunting Report
More Reports
Copyright © 2020 UBM Electronics, A UBM company, All rights reserved. Privacy Policy | Terms of Service