Cablevision Systems Corporation will begin offering a low-cost WiFi-based smartphone service next month that aims to take advantage of the popularity and ubiquity of WiFi hotspots.

Freewheel, announced Monday, will be available starting in February for $30 per month, or $10 per month for Cablevision Optimum Online customers. Cablevision claims that, for its existing customers, the pricing of its phone service is about 80% less than the cost of a $60-per-month Single Line Plan with 2GB of data from Verizon Wireless, and 50% less for new customers. 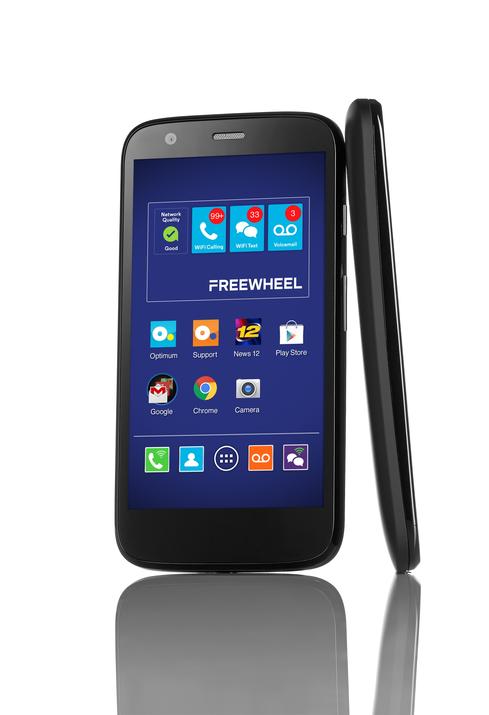 Freewheel customers outside this region will have to seek out accessible WiFi nodes to send or receive calls or messages; cellular coverage won't matter. Cablevision suggests the service is best for people who:

For many cable companies, the hope is to gain more broadband customers, which they have been doing. Cablevision has been building up its network of WiFi hotspots as a way to win customers away from telecom providers. And other cable providers like Comcast appear likely to pursue a similar plan.

According to Cisco, in the Unites States, 93% of all traffic associated with mobile and portable devices in 2013 was WiFi and 7% was cellular. Further, of the 93% of traffic that was WiFi, 8.7% was due to offload from country's mobile/cellular networks.

[ Check out what Google has planned for its new wireless service. Read Google's Wireless Service Taps WiFi and Cellular. ]

Adding further pressure on telecom companies, Google is reportedly preparing to launch a mobile service that utilizes the cellular networks of both T-Mobile and Sprint, as well as WiFi hotspots. Google already offers speedy fiber optic Internet service in a few markets and is experimenting with other forms of network access, such as Project Loon.

There's growing competition for customers willing to rely on WiFi as a route to affordable communications services. Republic Wireless, a mobile carrier, offers unlimited talk, text, and data over WiFi for only $5 per month. It also offers slightly more expensive plans with cellular network access. Then there's Scratch Wireless, where the primary cost is the phone ($99). Free voice, data, and texting over WiFi can be augmented with daily or monthly cellular network passes, for times when WiFi isn't available.

Thomas Claburn has been writing about business and technology since 1996, for publications such as New Architect, PC Computing, InformationWeek, Salon, Wired, and Ziff Davis Smart Business. Before that, he worked in film and television, having earned a not particularly useful ... View Full Bio
We welcome your comments on this topic on our social media channels, or [contact us directly] with questions about the site.
Comment  |
Email This  |
Print  |
RSS
More Insights
Webcasts
Hybrid Cloud: The Great Balancing Act
Nip Ransomware in the FUD: Detecting Attacks Pre-Encryption
More Webcasts
White Papers
Why Add Security to Your Skill Set and How to Do It
Accelerate Threat Resolutions with DNS
More White Papers
Reports
Improving Security by Moving Beyond VPN
Building an Effective Cybersecurity Incident Response Team
More Reports

I think this sound like a really good deal in terms of cost.  the biggest disadvantage is that they need Wifi connectivity.  I would assume people want to receive a call whether they have in a Wi-Fi network or not.  Probably, this will be good for constant travelers or visitors who will be in a town for a short time and need a way to connect to their love ones and access limited resources.
Reply  |  Post Message  |  Messages List  |  Start a Board

Is it really all that difficult for mobile ph manufacturers to grasp that a smartphone should have the capability to either use the cellular network or wifi?  I thought this was a no brainer.  It's standard operating procedure with the higher priced tablets.
Reply  |  Post Message  |  Messages List  |  Start a Board
Editors' Choice
Hot Topics

CRM Trends 2021: How the Pandemic Altered Customer Behavior Forever Jessica Davis, Senior Editor, Enterprise Apps,  2/18/2021
White Papers
Why Add Security to Your Skill Set and How to Do It
Accelerate Threat Resolutions with DNS
Key Strategies for Managing New Risks in Cybersecurity
Protection Strategies for a Cyber-Resilient Organization
Stop Malicious Bots For Good: How Better Bot Management Maximizes Your ROI