This year, get friends and family a gift they can really use: A bring-your-own-device -- BYOD -- gadget, something that makes it easier to use their favorite mobile device. They'll thank you every time they use it. 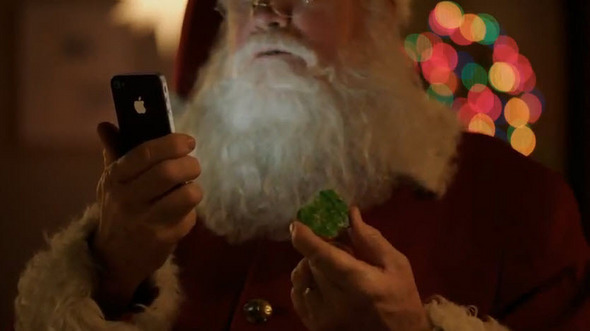 Isn't it a great feeling when you get someone a gift and they use it a lot? When they come to rely on it? You have the chance to do that this year by getting that friend or relative a BYOD gift, something they will want to use and use for work. And they'll think of you every time they use it, whether it's a tablet, a battery backup, a keyboard, or a carrying bag. Read on for some great BYOD gift ideas from BYTE staff and freelance writers. 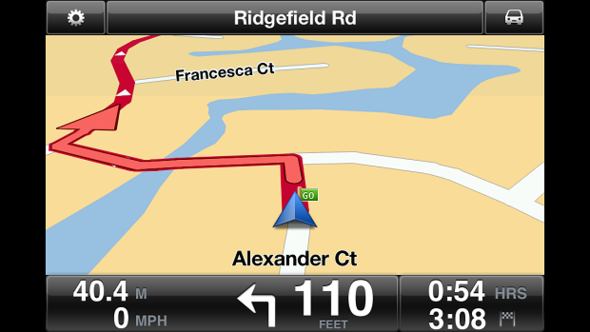 iPhones are great at a lot of things, but Android phones have always had superior GPS with turn-by-turn directions. Apple attempted to remedy that with Apple Maps in iOS 6 but everyone knows they laid a big egg on that one. So to get a really good experience you need a third-party GPS app for the iPhone. There are many choices out there and to help everyone out, I recently reviewed the Top 5 GPS Apps For The iPhone.

There are three different types of map apps -- maps provided via mobile broadband; maps on board; and hybrid, where a large region of data is downloaded as needed. Picking the right app depends on your navigation needs, your data plan, and how much free space you have on your device. 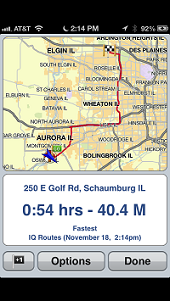 TomTom for iOS
Cell coverage can be a funny thing. Regardless of where you live, you're likely going to bump into areas of poor or spotty service. I have a horrible sense of direction. Stories of me getting lost are legendary, and although I have an iPhone 5 with LTE coverage in Chicago, I'd prefer not to worry about my data signal dying on me when I need to get from A to B in an unknown area. I choose to use the "maps on board" type of navigation app, despite the 1.2 GB of space the app eats up on my 16-GB iPhone 5.

I like TomTom for iOS. The app has a decent interface with maps on board, and it offers turn-by-turn, voice-guided navigation. It works on the iPhone or cellular iPad with their built in AGPS receivers or with the iPod Touch when it's connected to a GPS Car Kit. The latest version, which makes use of Facebook Search to help you find local points of interest, is getting mixed reviews in the iOS App Store. 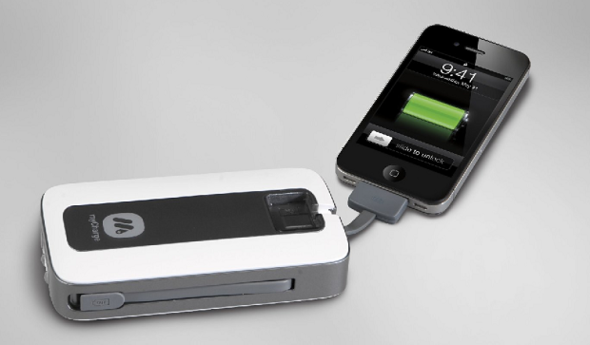 When you're running out of battery and there's no way to charge your phone or other device the feeling can be utter helplessness. But there are inexpensive devices you can get to extend the life of your critical electronics. 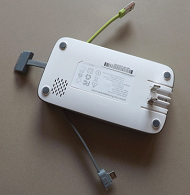 The myCharge Summit 3000 is my favorite personal gadget because it makes all my other gadgets more reliable. It's a battery backup pack that has charging cables for USB, microUSB and Apple's 30-pin connector built right in. (Support for Apple's new Lightning connector is coming soon.) For only slightly more you can get the PEAK 6000 model with twice as much power capacity. Unlike other less-expensive options, myCharge has built-in cables and a two-prong wall outlet, so it charges quickly and easily. During Hurricane Sandy I loaned mine to a friend, a photographer, who was able to get a lot of work done because of her extended device life. But there doesn't need to be a hurricane for the myCharge to save your butt. 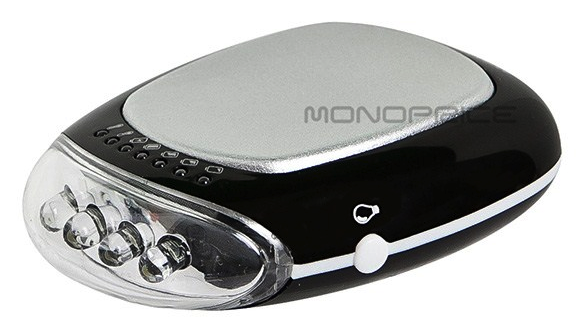 There are a lot of wacky gadgets out there that don't necessarily do anything useful, such as USB foam missile launchers. But you can get crazy and still be useful. Here's one of my favorites, from Monoprice, a deep-discount tech gear site: The 3-in-1 LED Light, Hand Warmer and Battery Backup for iPhone, iPod, and other USB Mobile Devices (2500mAh). First, it has a 2500-mAh battery and a USB port to charge devices. It also has a four-lamp LED flashlight with two brightness levels and a flashing mode. Finally, the metal plate on top is a hand warmer that can operate in two temperature ranges, either 104-113°F or 122-131°F. All for just $22.02.

This sort of thing just has to come in handy now and then. 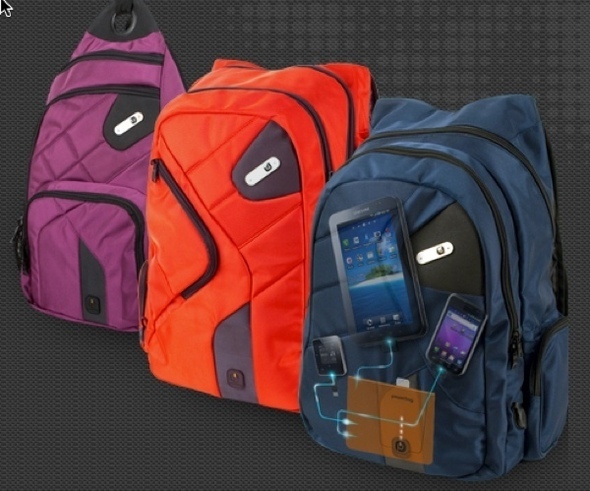 Everyone needs a bag to carry their stuff in, and many bags now come with special features for consumer electronics devices, like padded compartments. For me, the ultimate bag is the PowerBag, which comes with a built-in battery. PowerBag sells backpacks like those pictured here, messenger bags and briefcases on rollers. Each has internal cables to connect devices. There might not be enough, but there's a USB port so in the worst case you can attach a hub and charge more devices from there. 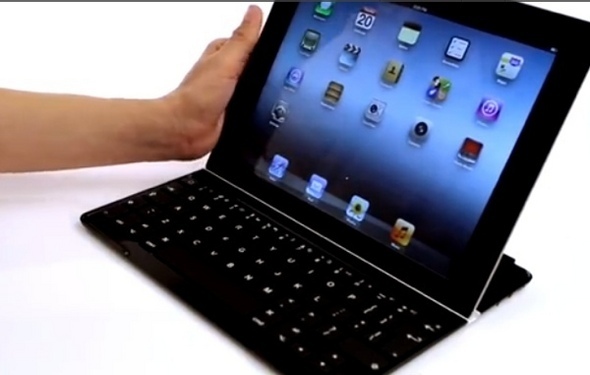 Maybe you think one of the reasons iPads are great is that you get away from the keyboard, but most people still need a keyboard every now and then. The best of the bunch is the Logitech Ultrathin Keyboard Cover, which combines a magnetically-latching cover with an excellent keyboard. The iPad can either lie flat or lean in a slot on the keyboard shown in the image above. When it's typing you need to do, the Logitech Ultrathin Keyboard Cover beats the pants off using the iPad's soft keyboard. 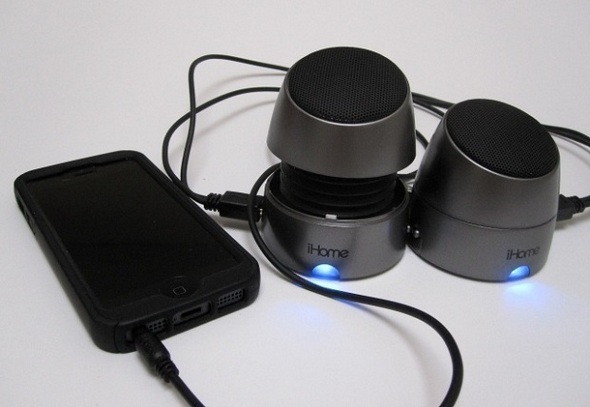 Your mobile device has speakers and you've got earbuds, but if you want real sound neither of them are going to cut it. That's why it's handy to have real portable speakers. The iHome iHM79 Portable Multimedia Speakers provide higher fidelity and much more volume than your notebook, tablet or smart phone's built-in speakers. The speakers can be collapsed down and attach to each other back-to-back magnetically. The speakers' batteries are charged via USB so you won't need to find another power outlet for a gigantic power brick. Small, light, and loud enough for small group presentations in moderate noise conditions makes it a good pick for your mobile presentation toolkit.

The list price of the iHM79 Portable Multimedia Speakers is $50, but you can find them for less. Costco has them for $40. 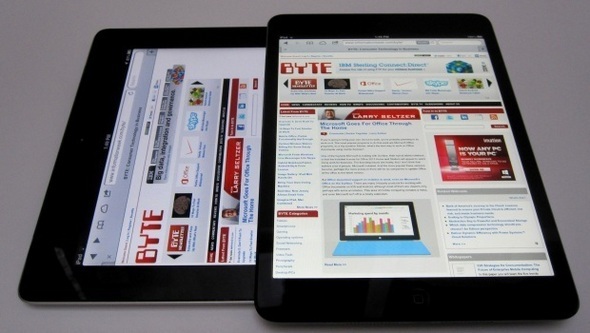 The iPad Mini makes a case for the old saying, "Less is more." At 1.44 pounds, the Mini is less than half the weight of the full-size Wi-Fi-only iPad with 60% of the surface size. This adds up to a much more portable tablet that still works with iTunes media -- songs, videos, books and magazines -- and runs all your favorite apps. The 5-megapixel rear-facing camera takes great photos. And the front-facing camera lets you video conference in 720p high definition. And, oh yes, Siri is there to answer your questions, too. 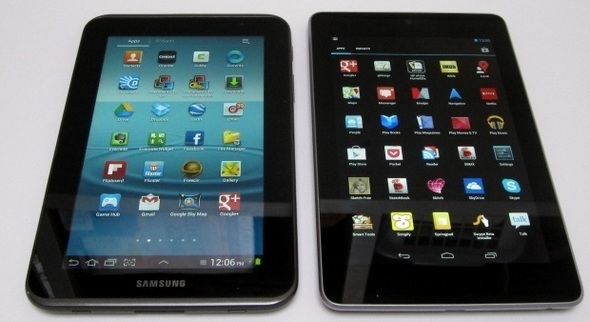 Small Android tablets went big in 2012. The Barnes and Noble Nook and Amazon Kindle Fire media tablets kicked it off early in the year. Then, the Samsung Galaxy Tab 2 7.0 and Asus' Google Nexus 7 came in to take Android tablets to the goal. Model variety means feature choices. The Samsung Galaxy Tab 2 7.0, for example, has a 3-megapixel rear-facing camera not found in other small tablets. It also has a microSD card slot that lets you inexpensively add up to 32 GB more media storage. The Nexus 7 gives you faster processing, models with more internal memory, and a clean Google Android user interface. The best news is that they all have new lower prices for the 2012 holiday season. Figure on spending about $200 for any of these Android tablets. 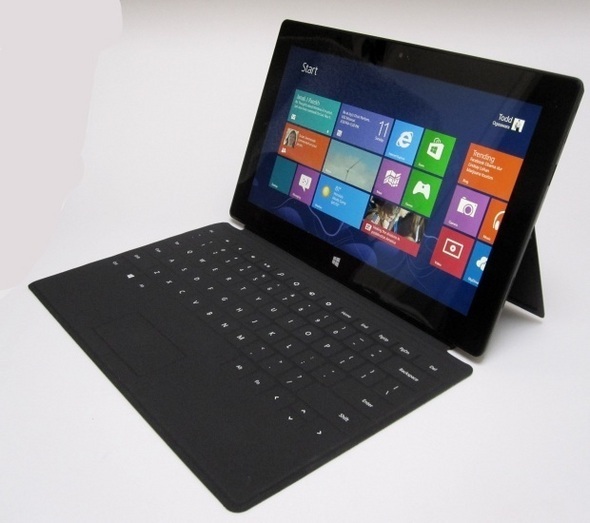 Microsoft's Surface with Windows RT ($499 for 32GB) is not your father's tablet. It emerges out of the box ready to deal with more than your usual tablet needs. First, its Internet Explorer 10 browser works with the vast majority of sites designed for the desktop. Pay your bills, watch Flash animation and video, and network with friends on Facebook just as you would on your notebook or desktop. Next, try out the built-in USB port for thumb drives, external hard drives, a mouse or a keyboard. Then, go find a networked home printer and use it. It just works -- no third-party apps needed. Finally, check out the tiny micro SDXC port hidden under the kickstand. It lets you add up to 64 GB of media storage space. And don't forget the ultra-thin Touch Cover option ($119.99) that protects the display and gives you a physical keyboard while adding a minimum of extra weight and thickness. 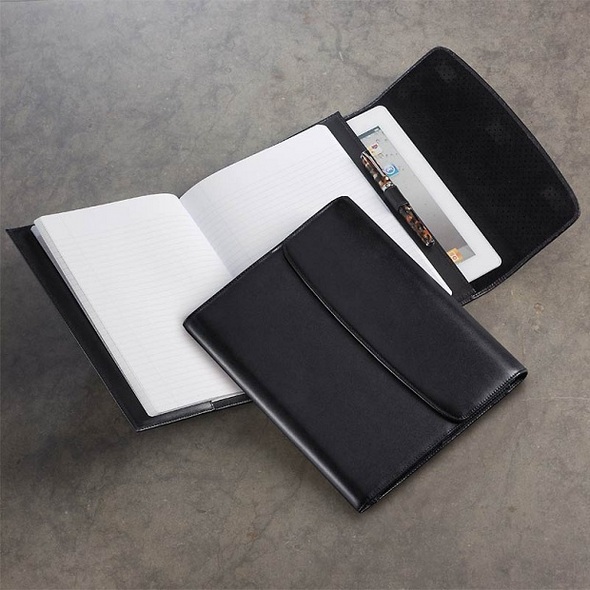 This iPad folio is definitely one of the most elegant ways to carry your tablet to the office. Although it's advertised as an iPad folio, it will actually fit almost any standard tablet. In fact, the description says it will also carry a Kindle or Nook, both of which are significantly smaller than a full-size iPad.

I went with a folio over standard iPad cases, because it comes with a physical notebook. This is useful for taking notes from your iPad, drawing funny pictures of your boss or jotting down information during a meeting. Lefties like me also will appreciate the fact that the folio's orientation can be flipped to suit them. Our kind often goes overlooked when it comes to these things.

Overall, it's something the hard-working geek in the family will enjoy if he or she frequently lugs a tablet to the office. You can check it out here. And if $179 is too much, the $89 Moleskine Digital Folio is an excellent alternative. 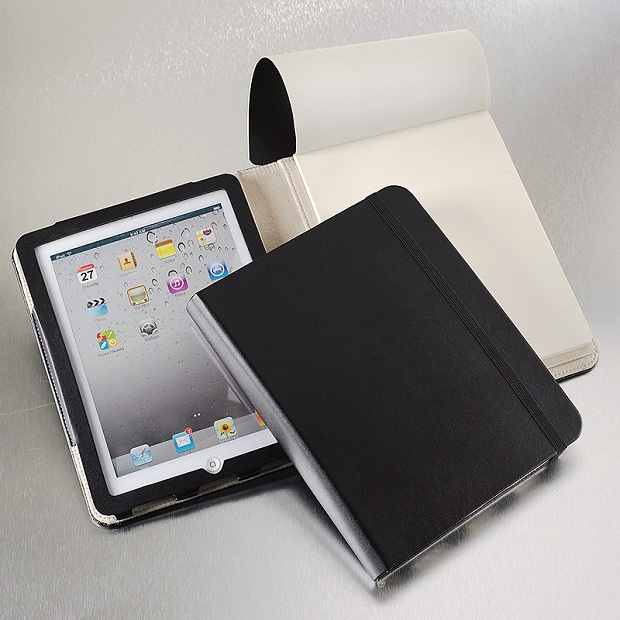