Beleaguered phone maker BlackBerry came out swinging at Mobile World Congress on Tuesday, with a new phone that harkens back to the days before touchscreens, BlackBerry Messenger enhancements, and promises to deliver better mobile device management software and messaging security software.

The company introduced a simplified two-tier pricing model for BlackBerry Enterprise Service (BES), its mobile device management (MDM) software. Also, it will migrate customers of BES and other device management systems to BES 10 for free. It promised to deliver BES 12, the next version of its MDM software, by the end of the year, with an early adopter program beginning this summer.

BlackBerry also will offer a set of new applications, called eBBM, designed to enhance its popular BlackBerry Messenger application. eBBM for enterprise customers should debut this summer. The only announced application is BBM Protected, which provides end-to-end encryption of messages using symmetric encryption. The program is intended for business customers in regulated industries.

[Want more details on the latest Nokia smartphones and what they mean for Microsoft? Read Nokia X, Android & Microsoft: 6 Facts. ]

The company announced Daimler AG and Airbus Group have become BES 10 customers and has also reportedly convinced Ford Motor Company to replace the Windows Embedded Automotive operating system that serves as the foundation of Ford's in-vehicle Sync communication system with BlackBerry's QNX operating system. A company spokesperson did not immediately respond to a request for comment.

BlackBerry's latest flagship phone, the BlackBerry Q20, is either hopelessly or cannily retro: It sports Menu, Back, Send, and End buttons, a built-in keyboard, and a trackpad, as if to flout the conventions established by Apple's iPhone in 2007 and reinforced by Android devices.

John Chen, BlackBerry's CEO since November, said in a statement that the Q20 reflects what the company's ardent customers, "QWERTY loyalists," want. 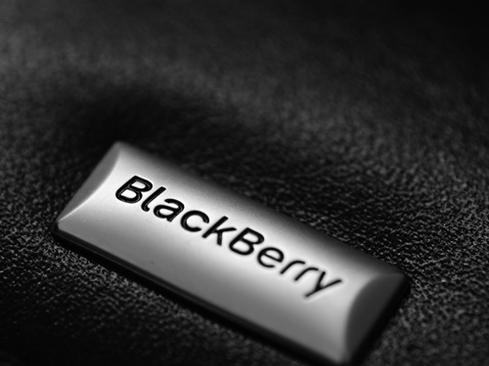 What Chen wants is to turn his company around. BlackBerry reported a $4.4 billion loss in December for its third fiscal quarter. Research firm IDC put BlackBerry's share of the smartphone sales during the fourth quarter of 2013 at less than 1%.

Although investors appeared to be heartened by the announcements -- BlackBerry's stock was up about 7% on Tuesday -- Gartner analyst Ken Dulaney remains unconvinced the company can reconnect with business customers. In September, Dulaney wrote a report advising businesses to consider alternatives to BlackBerry.

Despite BlackBerry's decision to lower prices and promote free migrations, the company's best hope "is probably what happened with Facebook and WhatsApp," said Dulaney in a phone interview. He noted that BBM looks like the company's strongest asset given that car companies control costs tightly, making QNX an unlikely source of major profits.

Facebook last week said it is buying WhatsApp, a popular messaging app, for $19 billion. In an interview with CNBC, Chen said he'd be willing to sell BBM for that much. Such a generous offer probably isn't forthcoming: BBM, with 80 million active users, has only about 17% as many active users as WhatsApp.

Dulaney suggested BlackBerry's latest announcements didn't change much for the company. He doubts BlackBerry will gain much traction with BES because so many companies use similar software from other vendors already. And he dismissed the Q20 because it arrives with a small screen at a time when Android phones with 4-inch screens are available for under $100 without subsidies.

"I don't think much has changed," Dulaney said. "The challenges remain the same. They're trying to take what they've got and make hay out of it. It's up to the market now."

Thomas Claburn has been writing about business and technology since 1996, for publications such as New Architect, PC Computing, InformationWeek, Salon, Wired, and Ziff Davis Smart Business. Before that, he worked in film and television, having earned a not particularly useful ... View Full Bio
We welcome your comments on this topic on our social media channels, or [contact us directly] with questions about the site.
Comment  |
Email This  |
Print  |
RSS
More Insights
Webcasts
Ten Keys to Better Security Data Analysis
Hybrid Cloud: The Great Balancing Act
More Webcasts
White Papers
Sunburst: Impact and Timeline
451 Cloud Confidence Report
More White Papers
Reports
Are We Cyber-Resilient? The Key Question Every Organization Must Answer
The State of Cloud Computing - Fall 2020
More Reports

During the initial stages, the black berry had the capability to link with the Google maps. This feature is not there anymore. Don't you think that it is nice to have feature.
Reply  |  Post Message  |  Messages List  |  Start a Board

@Paul I agree with you. It has unique set of functionalities.  With the development of smart phones, blackberry sales have dropped drastically.  They should also look in to new ways to make it more popular among people.

BES as a MDM can support iOS and Android devices, but so can every other MDM. The only reason one would need BES is if you have BlackBerry users. As for the QWERTY lovers out there, even my old school folks in their fifties and sixties wanted to ditch BlackBerrys as soon as we made the shift to touch devices all those many years ago. I agree that the boat has largely sailed, and BlackBerry is starting its fade into technology history. A few customers will try it out, but those deals won't last long.
Reply  |  Post Message  |  Messages List  |  Start a Board

BB did themselves in by not keeping up with devices. Many switched to iPhones and droids because they had more functionality. You can't have all those BBM users if they dont have a BB device. Now I understand it works with iOS and droid but they already missed the boat.
Reply  |  Post Message  |  Messages List  |  Start a Board

^^BlackBerry, once on top of the mobile world, missed out on a huge messaging opportunity. How fast things change.
Reply  |  Post Message  |  Messages List  |  Start a Board


Does BES support droid and iOS? If so they may be able to do something with BES. I'll give BB credit, they keep trying. Who knows, they may find their niche again but I think they need to look beyond the phone.

Does Chen really thing BBM is worth 19 billion? He will be waiting forever for that offer.
Reply  |  Post Message  |  Messages List  |  Start a Board