4 comments
Comment Now
The last 12 months haven't produced radical change in the mobile tech space, but the needle has definitely moved forward. Here's a look at InformationWeek's Top 10 list of the best mobile tech of 2015. 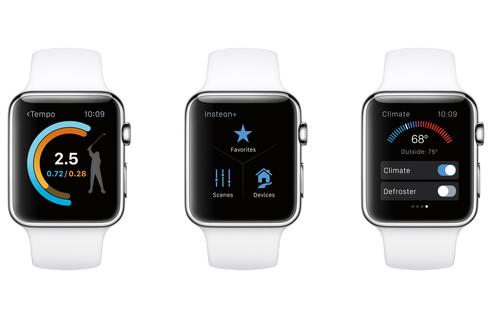 Apple announced the Apple Watch in late 2014, but the product didn't land in stores until April. Since the Watch's debut, Apple has jumped to second place in the wearables market, according to IDC, with shipments of 3.9 million and a marketshare of 18.6% during the third quarter.

The Apple Watch is second only to FitBit, which sells much less expensive fitness trackers. Apple's wearable has trounced the Android Wear platform completely, even if Apple's smartwatch evokes a love-hate response from owners. Rumors of the second-generation watch are already beginning to swirl.

RING is a true piece of innovation. IoT meets Security. Since I'm often out of home, it's a good tool to extend my presence at the door. I've put it on my TO BUY list.
Reply  |  Post Message  |  Messages List  |  Start a Board

@mak63 thanks for the update. I think even the Sony Experia Z series has the same feature.
Reply  |  Post Message  |  Messages List  |  Start a Board

I think the Galaxy Active is water-resistant, isn't it?  I also read that HTC, Kyocera and Huawei have waterproof phones. I'm sure there are more out there. Anyway, you could always buy a cheap waterproof case.
Reply  |  Post Message  |  Messages List  |  Start a Board

I like apple watch and the Samsung Galaxy S6.However has anyone been able to produce a water proof phone than Sony.
Reply  |  Post Message  |  Messages List  |  Start a Board
Editors' Choice
Hot Topics