The last 12 months haven't produced radical change in the mobile tech space, but the needle has definitely moved forward. Here's a look at InformationWeek's Top 10 list of the best mobile tech of 2015. 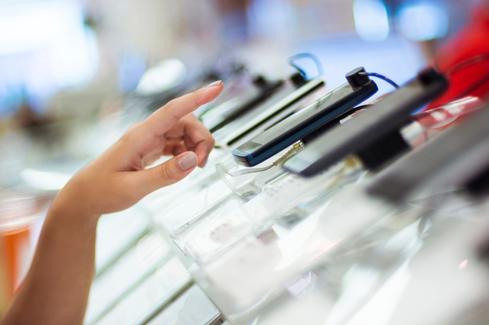 This has been a year of refinement in the mobile space, whether it's a smartphone, tablet, wearable, or even the software than runs underneath. Rather than deliver huge leaps in progress, 2015 has instead revealed incremental updates to existing products and technologies that together help push the industry onward and upward.

Much of the chatter during the first half of the year concentrated on two key products: The Apple Watch and Microsoft's Windows 10 operating system. While most view Windows 10 as a traditional desktop OS, its true purpose is to give Microsoft users a unified experience across all their devices, while making Redmond more competitive in the smartphone and tablet markets.

Apple's entrance into the wearables segment had a material impact on the industry. It put fitness trackers on notice and, seemingly, convinced Android Wear device makers to step up their game.

Windows 10's arrival capped off a number of exciting changes at Microsoft. The company has been on a journey to redefine itself since Satya Nadella was appointed CEO in February 2014, and Windows 10 is the culmination of those efforts. In addition to unleashing the company's best-ever operating system, Microsoft delivered excellent new hardware in the form of the Surface Pro 4 tablet and Surface Book convertible.

Amazon made a new name for itself this year thanks to the Amazon Echo and its artificial intelligence, named Alexa. The Echo, an in-house, voice-controlled assistant, brings a unique dimension to the smart home -- not to mention a bit of fun.

Samsung brought its most refined series of handsets to market throughout the year, but also created a virtual reality product that's affordable for everyone. Together, the Galaxy S6 and Gear VR can create rich, and immersive worlds.

The pace of innovation in the mobile operating space has slowed in recent years, but Google still managed to impress with Android 6.0 Marshmallow. The key? Google Now On Tap offers contextual information about the things you want to do and the places you want to go.

[Read InformationWeek's review of the iPhone 6s Plus.]

Motorola's handsets may no longer be the apple of smartphone buyers' eyes, but the Moto 360 smartwatch is one of the classiest available running Google's Android Wear platform.

The tagline for iPhone 6s and 6s Plus, which arrived in September, is fitting: The only thing that's changed is everything. The phones are identical twins to the 2014-era iPhones, and yet managed to introduce compelling new features and an incredible increase in performance.

The Internet of Things and the smarthome gobbled up a lot of attention. As much fun as it may be to turn on your lights from your smartphone, protecting your home is incredibly simple with the Ring doorbell standing guard over your front stoop.

These are the things we like best in 2015. Did we miss any piece of technology that should be on the list? Is there one gadget that you would take off? Feel free to discuss or add your own favorite tech gadgets in the comments below.