AT&T, T-Mobile, and Sprint are all to offer single-number service to phones, tablets, and watches.

AT&T and others aim to make our lives easier by allowing multiple devices -- phones, tablets, and smartwatches -- to use the same phone number. The result might be some sanity in our digital worlds.

Customers who have smartphones, tablets, and other connected devices know that each comes with its own phone number. When people call, the phone rings, but the tablet and watch often don't. With AT&T's new solution, that's about to change.

This week AT&T announced NumberSync, a forthcoming service that will let a handful of connected devices rely on a single number rather than many. The idea is to let customers use their tablet or other connected device to answer and make calls and to send and receive messages, even when their primary smartphone is somewhere else. 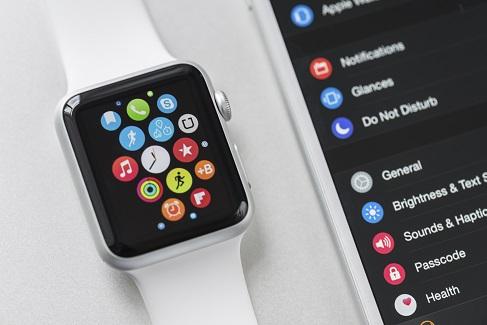 NumberSync relies on IMS technology at the network level, according to AT&T. That means it doesn't depend on local connections, such as Bluetooth and WiFi, between devices. Apple's iPhone, iPad, and Mac computers can all answer incoming calls and messages, as long as the devices are connected to the same WiFi network. NumberSync will work anywhere and isn't limited to a single manufacturer's gear. AT&T says customers can have an Android phone, an iPad, and a Tizen smartwatch and still enjoy the benefits of NumberSync. The service also consolidates voicemail into a single inbox.

AT&T competitors T-Mobile and Sprint were quick to suggest they have similar services in the works.

"What we are working on will make this version one offering from AT&T look small," said T-Mobile CTO Mike Sievert to Re/code, taking a dig at AT&T. "Our strategy is to ask customers what they want and need, and then build it. AT&T's is to build or buy things, and then try to convince customers they asked for it."

[Read about the FCC waiver that allows AT&T WiFi calling on iPhones.]

T-Mobile didn't provide any specifics about its potential number-consolidating service.

Sprint provided even fewer details. "At this time, Sprint is exploring offering a service that would allow a customer's smartphone, tablet and other devices to share a single phone number," said Sprint in a statement provided to FierceWireless. "Innovation is at the core of our business. We will provide additional details at a later time."

AT&T plans to make NumberSync available later this month. The service, which will be free, is being launched on a single, unnamed device. AT&T said NumberSync requires cooperation from devicemakers, so the rollout will be a bit slow. It promises that a handful of phones, tablets, and watches will support NumberSync by the end of the year.

Eric is a freelance writer for InformationWeek specializing in mobile technologies. View Full Bio
We welcome your comments on this topic on our social media channels, or [contact us directly] with questions about the site.
Comment  |
Email This  |
Print  |
RSS
More Insights
Webcasts
Building the SOC of the Future: Next-Generation Security Operations
ROI and Beyond for the Cloud
More Webcasts
White Papers
A Technical Deep Dive on Software Exploits
MPLS, SD-WAN and SASE
More White Papers
Reports
Are Unprotected Cloud Databases Leaking Your Data?
Email Security Threat Report 2020
More Reports

"AT&T and others aim to make our lives easier by allowing multiple devices -- phones, tablets, and smartwatches -- to use the same phone number. The result might be some sanity in our digital worlds. Customers who have smartphones, tablets, and other connected devices know that each comes with its own phone number. When people call, the phone rings, but the tablet and watch often don't. With AT&T's new solution, that's about to change."

Eric, idea wise its good and I think it's an optional service. I would like to know how it's possible for devices which are under annual contract. If they are clubbing all these devices under one number and one plan, where data/calling plan are sharing among devices, its great.
Reply  |  Post Message  |  Messages List  |  Start a Board
Editors' Choice
Hot Topics