Apple has been working on next-generation display technology in a nondescript office park outside Taipei, according to Bloomberg. The focus is on screens for new versions of the iPhone and iPad.

Apple has built a secret research facility in Taiwan to experiment with and develop next-generation display technology, according to a Dec. 15 report in Bloomberg.

The facility, which the article defines as non-descript and tucked away in Longtan Science Park about 30 miles outside of downtown Taipei, the country's capital, is also located reasonably close to the headquarters of Foxconn, which assembles the iPhone.

While an Apple spokesperson declined to comment on the report, Bloomberg's sources say the company is focusing on improving the displays in its mobile products by making them thinner, brighter, and more energy efficient, through the employment of light emitting diode (LED) technology. 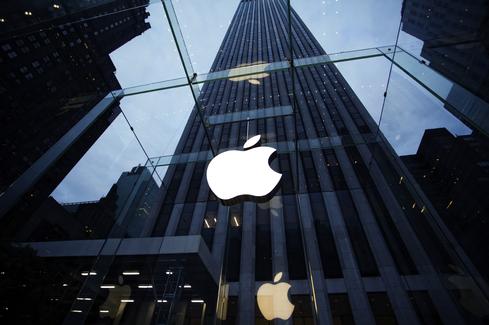 Apple has invested considerable time, energy, and marketing dollars on making the thinness and lightness of its devices a major selling point, though the company has been criticized in the past -- and recently -- for obsessing over slimness at the expense of other desirable attributes, like battery life or connecting ports.

Recent reports indicating the next version of the iPhone -- the iPhone 7 -- would dump the standard 3.5-mm headphone jack, found on smartphones the world over, and use the iPhone's Lightning connector dock as the audio output jack as well, elicited some claims that Apple was simply looking to make a cash grab by forcing consumers to buy adapters or a certain style of headphones.

Another possible reason behind the decision, according to speculation, is that Apple is working on making its newest handset even slimmer than the iPhone 6s -- a full millimeter slimmer, in fact, which means the 3.5-mm headphone jack has to go.

[Read about the rumors surrounding the iPhone 6c.]

Apple's head of design, Jonathan Ive, was unapologetic about the quest for slimness at the expense of other attributes in interview earlier this year with the Financial Times.

Ive insinuated it's partly the consumer's fault that the iPhone needs to be recharged so often. "It's so light and thin that we use it so much and therefore deplete the battery," he told the paper.

In addition, Ive noted that a thicker, more powerful battery would necessarily require the iPhone to be thicker and bulkier, therefore reducing its appeal by making it "heavier, more cumbersome, [and] less compelling."

Apple's not the only company with an obsession for slim devices with stunning displays. Archrival Samsung's Galaxy Note 5 and Galaxy S6 edge+, the company's new flagship smartphones, boast OLED displays.

LG Display says its new screens will substantially reduce the thickness of laptops by bringing Advanced In-Cell Touch technology to PC screens for the first time, with plans to produce them en masse beginning later this year.

Nathan Eddy is a freelance writer for InformationWeek. He has written for Popular Mechanics, Sales & Marketing Management Magazine, FierceMarkets, and CRN, among others. In 2012 he made his first documentary film, The Absent Column. He currently lives in Berlin. View Full Bio
We welcome your comments on this topic on our social media channels, or [contact us directly] with questions about the site.
Comment  |
Email This  |
Print  |
RSS
More Insights
Webcasts
How the Rapid Shift to Remote Work Impacted IT Complexity and Post-Pandemic Security Priorities
Managing a Hybrid Cloud Infrastructure
More Webcasts
White Papers
2020 SANS Enterprise Cloud Incident Response Survey
How to Optimize Your Windows 10 Defense Strategy
More White Papers
Reports
2021 Application Security Statistics Report Vol.1
The State of CCPA 2021
More Reports