Apple plans to invest $1 billion in a Didi, a Chinese ride-hailing business. The move could be the first in a series of major changes at Apple, and a precursor to the company's much-rumored electric car, called Project Titan.

Apple on Thursday, May 12, announced it had sunk $1 billion into a Chinese company called Didi Chuxing. Didi is known as Uber's primary competitor in China. The news follows an analysis of Apple's recent increase in research and development expenditures, and together signal a huge shakeup may be on the horizon.

Apple's move in China is about data.

The company rarely makes such outside investments, and the size of its financial commitment to Didi says it is serious about gaining insight, not only into Didi and the China market, but also about car technology and the sharing economy.

"We are making the investment for a number of strategic reasons, including a chance to learn more about certain segments of the China market," Apple CEO Tim Cook told Reuters. "Of course, we believe it will deliver a strong return for our invested capital over time as well." 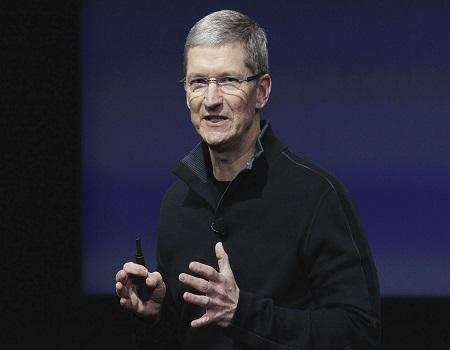 The Chinese government recently forced Apple to close its iTunes Movies and iBooks stores, leaving the iPhone maker in a bit of a lurch. Apple must really need or want to learn about cars if it is willing to proceed with this investment in a country that killed two of its service businesses.

Why does it want to learn about cars so badly? Because Apple is about to become a car company.

According to Above Avalon analyst Neil Cybart, Apple's R&D investments have gone through the roof, and should be ringing alarm bells all over the place.

"Apple is not spending $10 billion on R&D just to come up with new Watch bands, larger iPads, or a video streaming service," argued Cybart. "Instead, Apple is planning on something much bigger: a pivot into the automobile industry. Apple would be taking lessons learned from its long-standing view on the world based on the Mac, iPod, and broader iOS lineup to begin selling an electric car."

The issue here is that room for growth in Apple's existing businesses -- the iPhone, iPad, and Mac -- is limited at best. The only way for Apple to truly move forward is to jump into brand-new product categories in a really big way.

Cybart is 80% sure Apple is preparing an electric car under the codename Project Titan.

"Project Titan is a long-term pivot. I don't consider Titan to be just another project that Apple has been tinkering around with in the lab for years like an Apple television set or Apple Pencil," writes Cybart. "Instead, Project Titan is much more about building a foundation for Apple that will literally represent the company's future.

The industry has been chasing rumors about Apple's possible entrance into the automobile market for a year or more. Apple's $1 billion commitment to Didi may be the first real shred of evidence that Apple is preparing to make a big left turn.

Eric is a freelance writer for InformationWeek specializing in mobile technologies. View Full Bio
We welcome your comments on this topic on our social media channels, or [contact us directly] with questions about the site.
Comment  |
Email This  |
Print  |
RSS
More Insights
Webcasts
Securing and Monitoring Networks in the 'New Normal'
ROI and Beyond for the Cloud
More Webcasts
White Papers
A Technical Deep Dive on Software Exploits
The Value of Threat Intelligence with DomainTools: Identify Threats 82% Faster
More White Papers
Reports
2020: Threats in Review
2020 State of DevOps Report
More Reports

>> then you can keep adding new services atop the ones you've already got.

So digital services companies either wind up being like GE, which we see didn't work out, or monopolies, like the railroads in the 19th century (Amazon is pretty much already there)

Both Amazon and Apple are illustrating that if you a digital services company, then you can keep adding new services atop the ones you've already got. And you need tol stay flexible about what you conceive olf as the hardware platform. Digital services moved quickly from the desktop into mobile devices. They are likely to migrate again into a standard car built-in consumers, the 70 mph mobile device. Apple isn't a car company so it's trying to learn in the largest test lab in the world.
Reply  |  Post Message  |  Messages List  |  Start a Board


"...that doesn't buy Apple cheap labor and entry into a big repressive market! "

@Jastroff    Indeed.   These are the real goals of Apple, they just don't have enough apples to admit it.


If you think that an Apple Car is the answer to the saturated markets you have exhausted, think again.

And if you think, investing in a country that can close your operations without reprise is the right way to conduct business - think again.

The main message here Cookie, is that you and your minions need to think again.

@Technocrati, Great point about investing in the US -- but that doens't buy Apple cheap labor and entry into a big repressive market!

But good point -- all you iPhone people, listen up!
Reply  |  Post Message  |  Messages List  |  Start a Board


@jastroff    I agree.   When are we going to read a headline which states, Apple has invest 1 Billion in America ?


Apple and Cookie already losing favor in my eyes just went even lower.

Apple has leveraged a company in a repressive country to better compete in new areas while investing money in the country. This is Apple, the company which would not give terrorist text messages to the US Government, but feels it's ok to make money with China. They are having it both ways.