Most buyers opted for the cheapest Apple Watch option possible, says research firm. However, do the numbers point to a new trend in wearables?

Apple began accepting preorders for its smartwatch on April 10, and the action was fast and furious. Most Apple Watch models quickly sold out for delivery on April 24, with many orders not shipping until June or July. Analysts believe nearly one million people placed orders for the highly-anticipated wearable.

The majority of buyers ordered the least expensive version of the Apple Watch.

Slice Intelligence estimates some 957,000 consumers in the United States alone ordered the Apple Watch on Friday. The Watch was also available to consumers in Australia, Canada, China, France, Germany, Hong Kong, Japan, and the UK. Slice analyzed e-receipt data from some 9,080 US transactions to divine its numbers. 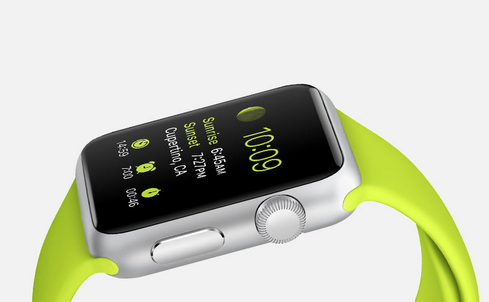 Three out of five consumers (62%) bought the less-expensive Sport Model, which costs $349 for the 38-mm case and $399 for the 42-mm case. Most buyers, about 71%, picked the 42-mm case over the 38-mm case. The Apple Watch mid-range model ($549/$599) grabbed most of the remaining 38% of early pre-orders. The Apple Watch costs more than the Watch Sport because it steps up the materials to stainless steel and sapphire. Slice said of the consumers who upgraded to the more expensive Apple Watch case, most stuck with the cheapest band option possible.

Apple did not corroborate Slice Intelligence's data by providing any of its own. The company may or may not share information about early sales of the Apple Watch, but when the numbers are good Apple generally likes to crow about them.

Are one million preorders for the Apple Watch a lot?

The entire market for wearables saw shipments of 4.6 million devices in 2014. Of those, only 720,000 were smartwatches with Google's Android Wear platform on board. Google began selling Android Wear smartwatches in July, so that number represents shipments over a six-month period. Pebble shipped about 600,000 smartwatches between March and December 2014, or about 6,700 watches per month.

Clearly anticipation for the Apple Watch was high. Apple has been building up the wearable for nearly seven months. Early reviews of the device were mixed at best. It will be more surprising to see if Apple can maintain any sort of momentum for the device -- if it can ramp up production enough to ship the Watch sooner than two months from now.

Eric is a freelance writer for InformationWeek specializing in mobile technologies. View Full Bio
We welcome your comments on this topic on our social media channels, or [contact us directly] with questions about the site.
Comment  |
Email This  |
Print  |
RSS
More Insights
Webcasts
Data Center Network Operations (NetOps) Reimagined
Managing a Hybrid Cloud Infrastructure
More Webcasts
White Papers
5 Steps to Perimeter-Less Security: Adopting a Zero-Trust Model
Cloud Threats Are Different, Your Security Should Be Too
More White Papers
Reports
We Need Your Input: Trends in Workforce Optimization
The State of Endpoint Security
More Reports

@jastroff the same way they have 1.6 children? Perhaps what you really want is the mode rather than the mean.  My guess is that most people ordered 1, but enough people ordered 2 or perhaps even 3 to bump the average up just a bit over 1.
Reply  |  Post Message  |  Messages List  |  Start a Board

From Monday Note: "In the end, only Word of Mouth matters. After two or three months of actual availability, real humans will talk amongst themselves and decide the future of the Apple Watch, just as they did for the iPod and the iPhone. And, come to think of it, their conversation explains sagging iPad sales."
Reply  |  Post Message  |  Messages List  |  Start a Board
InformationWeek Is Getting an Upgrade!