Apple is taking a different approach to sales and marketing with its hotly anticipated Apple Watch, eschewing in-store sales for more luxurious outlets.

The Apple Watch -- Cupertino's much-debated, much-anticipated smartwatch -- hits stores Friday, April 24, but the company is taking a different tack by not releasing the device in its own stores.

Rather, high-end boutiques, including Galeries Lafayette in Paris, Isetan in Tokyo, and Selfridges in London, will be hawking the device -- although curious consumers can also schedule demonstrations at Apple's retail locations, and order the Apple Watch online.

In addition, boutiques in major cities across the world, including Colette in Paris, Dover Street Market in London and Tokyo (but not New York), Maxfield in Los Angeles, and The Corner in Berlin will also carry the device.

As of Friday the Apple Watch will be sold in nine countries, including the US, the UK, Australia, Canada, China, France, Germany, and Japan, and in Hong Kong.

After the Watch became available for preorder on April 10, there were some rumblings that the April 24 delivery date would not be possible for many consumers.

A quick check of the company's website reveals Apple's estimated delivery window for a basic, mid-tier Watch starts four weeks from the current date, though Apple spokesperson Amy Bessette told The New York Times some preorders would be delivered ahead of schedule. 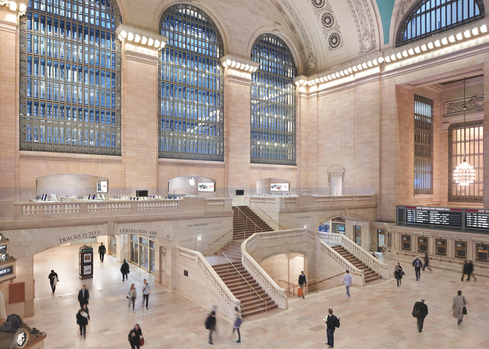 "Our team is working to fill orders as quickly as possible based on the available supply and the order in which they were received," Bessette told The Times. "We know many customers are still facing long lead times and we appreciate their patience."

In the run-up to the launch, Apple released 10 short videos running between one-and-a-half and two minutes, demonstrating the Watch's usefulness.

The videos, which are broken down into different categories based on the features described, consist of maps, Siri, phone calls, music playback, and the touch screen display, among others.

However, the larger question is what, if anything, the Apple Watch will do for the emerging wearables market. So far, the market for smartwatches and other wearables remains in its infancy. The lukewarm response to Android Wear has soured some on the potential of this market, especially when smartphones seems to fulfill most people's mobile computing needs.

According to a recent report from IT research firm NPD, smartwatch ownership in the US is forecast to reach 9% of the adult population by 2016, a rate closing in on activity trackers.

The NPD report noted third-party activity apps, as opposed to hardware specifics, would likely be key to the long-term stickiness of smartwatch use.

A recent Strategy Analytics research note suggests evolution of apps will be a two-way street. It forecasts that health and fitness apps and travel apps will see a huge rise in development.

With a potentially lucrative market still to be developed, advertising spend on smartwatches is expected to reach $68.6 million by 2019, according to a study by Juniper Research.

Nathan Eddy is a freelance writer for InformationWeek. He has written for Popular Mechanics, Sales & Marketing Management Magazine, FierceMarkets, and CRN, among others. In 2012 he made his first documentary film, The Absent Column. He currently lives in Berlin. View Full Bio
We welcome your comments on this topic on our social media channels, or [contact us directly] with questions about the site.
Comment  |
Email This  |
Print  |
RSS
More Insights
Webcasts
How the Rapid Shift to Remote Work Impacted IT Complexity and Post-Pandemic Security Priorities
Managing a Hybrid Cloud Infrastructure
More Webcasts
White Papers
2020 SANS Enterprise Cloud Incident Response Survey
The Top 5 Mistakes Everyone is Making in Vulnerability Remediation
More White Papers
Reports
Dark Reading Report: Battle for the Endpoint
Are Unprotected Cloud Databases Leaking Your Data?
More Reports