If the new details of Apple Watch 2 pique your interest, you may also have a wider selection of models to choose from, according to the latest reports.

It has only been a couple of months since we first learned about Apple Watch and a day since the wearable hit stores, but for Cupertino, the first edition is already a thing of the past.

Before Apple had even announced Apple Watch in March, we had decided that the second edition was worth waiting for. As it turns out, we didn't have to be too patient.

Multiple sources claim that Apple is working on the next generation of Apple Watch, reports 9to5Mac. Apple Watch 2 will reportedly have a battery life similar to that of Apple Watch 1.0, and new features such as a video camera, as early as 2016.

[ Too many mobile devices to handle? Read 8 Ways MDM Can Ease IT Pain ]

The idea that Apple Watch won't get a battery upgrade might concern some, and the wearable's lasting power got plenty of attention in the weeks leading up to its launch. However, Apple research has indicated that a major boost to battery life isn't (yet) necessary.

Average consumers finish each day with a remaining charge of 30% to 40%, according to a 9to5Mac source. Given that customers seem satisfied with the current battery, Apple has decided to prioritize advanced Watch hardware in lieu of boosting battery life.

The video camera, designed to enable FaceTime via Apple Watch, would be built into the top bezel of the device. Users would be able to make, receive, or reject FaceTime calls on their wrists or reroute video calls to their iPhones.

This upgrade is fitting. At this year's Worldwide Developers Conference, Apple demonstrated watchOS 2, which lets wearers answer FaceTime audio calls on their wrists. The video capability is an obvious followup, but one that could be pushed back to a later model. 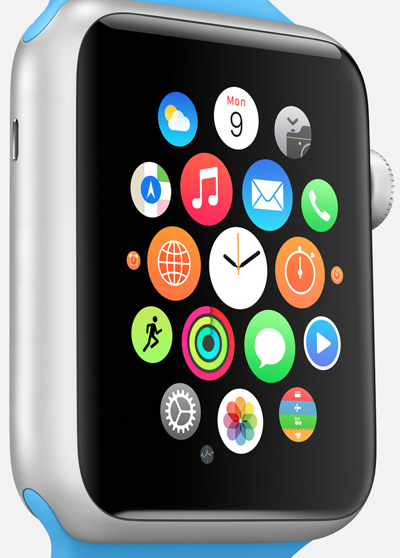 In welcome news, Apple Watch 2 will reportedly have greater independence from the iPhone. Right now wearers can track activity and pay for goods without an iPhone handy, but they can't text or send emails.

To improve solo Watch functionality, Apple plans to build a more dynamic chipset into the device -- a project internally known as "tether-less." This would enable basic communication without a connected iPhone; however, users would still need an iPhone for large data transfers such as software upgrades or media synchronization.

If these details have piqued your interest in Apple Watch, you may have more models to choose from. The company currently offers Sport, Steel, and Edition models but is reportedly broadening its portfolio to capture a customer segment that will pay between $1,000 (Steel) and $10,000 (Edition) for Apple Watch.

Apple did not indicate whether this means we'll see a steel Watch with high-end bands, a less-expensive gold Watch, or a Watch of another material such as titanium or platinum.

Kelly Sheridan is the Staff Editor at Dark Reading, where she focuses on cybersecurity news and analysis. She is a business technology journalist who previously reported for InformationWeek, where she covered Microsoft, and Insurance & Technology, where she covered financial ... View Full Bio
We welcome your comments on this topic on our social media channels, or [contact us directly] with questions about the site.
Comment  |
Email This  |
Print  |
RSS
More Insights
Webcasts
People Are The Most Important Part of Autonomous SOC
Don't Miss This Cybersecurity Virtual Event
More Webcasts
White Papers
The State of Endpoint Security
The Infoblox Q4 2020 Cyberthreat Intelligence Report
More White Papers
Reports
Accelerate Threat Resolutions with DNS
Are Unprotected Cloud Databases Leaking Your Data?
More Reports

@angelfuego definitely. Even if apple watch is a superb fitness tracker, I wouldn't pay $600+ for a health band unless other features worked just as well (if not better). Maybe the updated Watch will surprise us.
Reply  |  Post Message  |  Messages List  |  Start a Board

@Kelly, I think it is wise to wait to buy one of these watches. We still need to sort out some kinks and make more improvements in order to improve features and functioning.
Reply  |  Post Message  |  Messages List  |  Start a Board

Having played around with the watch now for a couple of weeks i could not see it standing up to Spin and/or Zumba. The fitness apps are pretty good and i use them to measure my daily activity as i weave in and out of mass transit. So there are incentives there. But that activity is nothing compared to what you do in Spin and Zumba.
Reply  |  Post Message  |  Messages List  |  Start a Board

Also i don't think the watch can handle video effectively in its current form. The apps are slow, especially ones that retrieve info off the phone. And the images would have to be stored on the phone because there is not enough space on the phone. And honestly, how much detail can you see on a watch face? Especially at my age!
Reply  |  Post Message  |  Messages List  |  Start a Board

The watch is a good idea but there are a lot of things that are a turn off. The first being is the quick update. Apple waited a long time to release the watch-they should have addressed these issues right up front. And the watch is grossly overpriced. If you get the regular watch, the price range is between $600-1200. There is zero difference in functionality between the low point and high point. Only the bracelet is different and it is not made of precious or semi precious metal.
Reply  |  Post Message  |  Messages List  |  Start a Board

@angelfuego agreed, it's much more exciting for Apple to create a marketing campaign around wrist-based FaceTime than a longer battery life... even though video will kill the battery in less time than other Watch features. A few editions from now, we'll be seeing better battery and video in one upgrade - maybe Watch fans are better off waiting until then?
Reply  |  Post Message  |  Messages List  |  Start a Board

@Kelly22 Bystanders would be able to hear both sides of the conversation, not to mention I can't imagine a comfortable angle to have a FaceTime chat from your wrist.
I agree with you on both counts. You could actually use the cam for a short call I guess, but your arm will start to hurt pretty soon. I'm sure people will find other ways to use the cam.
Reply  |  Post Message  |  Messages List  |  Start a Board

@SachineEE, We share the same viewpoint. These are definitely overpriced toys that have become too much of a trend. I tend to shy away from purchasing the latest item. In a way, it all seems like a racket to me. Its not worth trying to keep up with the Jones' for me. I rather something that is worth my money and can last longer than a few months or even a year. I love the watch I am wearing today and have been wearing it for years.
Reply  |  Post Message  |  Messages List  |  Start a Board

@tjgkg, I am also an avid participant of spin classes and Zumba. I would not risk using the watch for such forms of exercise. The fitness tracking feature is a selling point that just doesn't entice me to purchase the watch.
Reply  |  Post Message  |  Messages List  |  Start a Board

@ Kelly22, So true. The fitness capabilities are not enough to reel me in to buy this watch. I rather go to Sports Authority, Modell's, or online and purchase a fitness band. It is much cheaper and gets the job done.
Reply  |  Post Message  |  Messages List  |  Start a Board
Page 1 / 4   >   >>
Editors' Choice
Hot Topics