The legal battle between Apple and the US government made significant headway this week. These are the four key takeaways from this past week.

This week has brought some interesting changes to the ongoing court case between Apple and the US government.

As a refresher, the FBI wants Apple to build a version of iOS it can use to unlock an iPhone used by a suspected terrorist in the San Bernardino attacks. Apple has rejected the government's request to build this software on the grounds it would compromise the security of future iPhones.

This case has been causing people to choose sides in a debate guaranteed to make a statement on how authorities can use consumer data. Activity escalated this week as Apple and the FBI testified, and tech companies weighed in with their opinions.

[Opinion: Apple should have the same confidentiality rights as attorneys and priests.]

What are some of the key points from this week? Let's take a closer look:

Apple and the FBI testified before Congress.

Apple and the FBI met in court to testify before the House Judiciary Committee on March 1. This part of the hearing, entitled "The Encryption Tightrope: Balancing Americans' Security and Privacy," gave both sides of the case an opportunity to firmly establish their sides of the argument.

In the hearing, Apple senior vice president and general counsel Bruce Sewell questioned whether the FBI should have the right to force companies to create products they don't already have. In this case, the government wants Apple to create a version of iOS that doesn't yet exist.

The government testified against the idea of "evidence-free zones" in which the government doesn't have access to information. FBI Director James Comey argued such places would have "profound consequences for public safety."

In the hearing, FBI director James Comey stated how the problem of accessing data is one law enforcement is seeing across the US. One such case, a drug-related case in New York, is tipping the scale in Apple's favor.

A Brooklyn judge ruled in favor of Apple this week when he denied a government demand for Apple to help in an investigation by circumventing the security features on an iPhone. His decision will not affect the larger California case, but it does weaken the government's use of the All Writs Act in compelling Apple to bypass security of the iPhone used in the San Bernardino case.

Tech companies filed a "friends of the court" brief.

Several tech companies filed an amici curiae, or "friends of the court" brief, in support of Apple on March 3. The purpose of this filing is to give non-litigants an opportunity to voice their arguments or additional information in a court case. 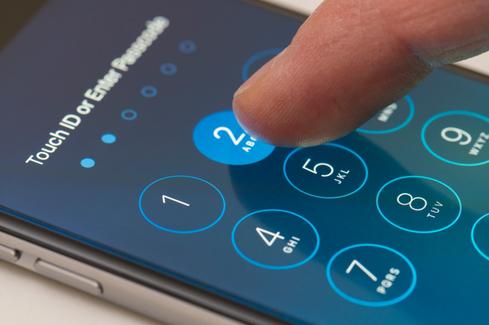 Companies included in the filing are Amazon, Box, Cisco, Dropbox, Evernote, Facebook, Google, Microsoft, Mozilla, Nest, Pinterest, Slack, Snapchat, Whatsapp, and Yahoo. While they normally compete with Apple and one another, the companies are uniting because of the importance of this case and of the customers who rely on the businesses to protect their data.

This update follows last week's initial report detailing plans for Microsoft, Facebook, Alphabet, and other tech giants to file amici briefs in support of Apple in this case.

Brad Smith, Microsoft's president and chief legal officer, stressed the importance of encryption during his keynote at the RSA 2016 conference. He argued matters of security must be considered within the context of modern times, and that the All Writs Act being used in the government's case is outdated.

Microsoft stands firm in supporting Apple in its case, he said, because encryption is the most valuable tool in establishing user trust. This trust is the foundation of the tech industry, he emphasized.

The March 1 hearing introduced a wealth of information but prompted more questions than it answered. The House Judiciary Committee plans to meet again next week. Its long-term goal is to settle on a balance between the strength of encryption and the government's power to enforce the law.

Kelly Sheridan is the Staff Editor at Dark Reading, where she focuses on cybersecurity news and analysis. She is a business technology journalist who previously reported for InformationWeek, where she covered Microsoft, and Insurance & Technology, where she covered financial ... View Full Bio
We welcome your comments on this topic on our social media channels, or [contact us directly] with questions about the site.
Comment  |
Email This  |
Print  |
RSS
More Insights
Webcasts
Data Protection Strategies and Secrets - 12/10 @ 11am EST
Succeeding With Secure Access Service Edge (SASE)
More Webcasts
White Papers
5 Key Steps for Assessing Your Security Effectiveness
Managing OTT Content Distribution in the Connect World
More White Papers
Reports
Top 10 Security Technology Trends to Watch, 2020
Building an Effective Cybersecurity Incident Response Team
More Reports