Billionaire investor Carl Icahn wants Apple to buy even more of its own stock.

Icahn insists that Apple's stock should be trading at $203 per share today, about twice its present value of $101 per share. There is, he argues, "a massive undervaluation of Apple in today's market, which we believe will not last for long."

Icahn wants Apple to put its $133 billion in net cash to better use by hastening and expanding its reacquisition of its own stock, which would boost the price of Apple's shares and benefit investors like Icahn. That's more than enough cash to buy automakers Ford and GM at present valuations.

Apple announced its share repurchase program in March 2012. The company said it would initiate a $10 billion share repurchase program that would run for three years, starting on Sept. 30, 2012, the commencement of the company's 2013 fiscal year. With the expense of the $2.65 per share dividend granted that July, Apple said it expected to spend $45 billion over three years.

Icahn sounds like an Apple fanboy in his assessment of the competition facing the iPhone 6 and iPhone 6 Plus: premium Android phones such as Samsung's Galaxy S5 and Note 4. "The choice between them is analogous to the choice between a Volkswagen over a Mercedes at the same price, and unlike a Mercedes, the $649 cost of an iPhone 6 is affordable for the mass market…" he wrote. 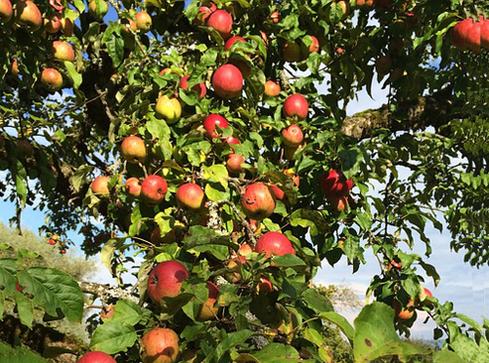 In addition to dominating the premium phone market, Icahn contends the iPhone will be "unaffected by the 'junk,' as you called it, sold at lower price points," echoing Cook's dismissal of low-priced Android models.

This rosy assessment of Apple's prospects is supported in part by sales data. Apple says it sold 10 million iPhones during the weekend after its iPhone 6 and iPhone 6 Plus were released. And research firm IDC just noted that Apple ranked fifth in worldwide computer sales during the third quarter of 2014, and third in US computer sales. "The company's steady growth, along with recent price cuts and improved demand in mature markets, has helped it to consistently outgrow the market," IDC said. Samsung, meanwhile, just reported a 60% drop in its third-quarter profit, reflecting lower-than-expected smartphone sales.

Robust sales for Apple appear likely to continue into the holiday season due to a refreshed product lineup: Apple is expected to announce a new iPad model next week, alongside OS X Yosemite, the latest version of its desktop operating system. And early next year, Apple plans to release its entry into the wearable market, the Apple Watch.

While Icahn -- perhaps self-servingly -- focuses on the upside, Apple's launch of new iPhone models and iOS 8 has not been without problems, although the issues have been minor: the botched iOS 8.01 update, a handful of complaints about bent iPhones, and features in iOS 8 that didn't make the initial release date. It's now up to Google and its hardware partners to rebut Icahn's assertion that privacy concerns and divisions between Google and its hardware partners will allow Apple to capture even more of the premium technology market.

Thomas Claburn has been writing about business and technology since 1996, for publications such as New Architect, PC Computing, InformationWeek, Salon, Wired, and Ziff Davis Smart Business. Before that, he worked in film and television, having earned a not particularly useful ... View Full Bio
We welcome your comments on this topic on our social media channels, or [contact us directly] with questions about the site.
Comment  |
Email This  |
Print  |
RSS
More Insights
Webcasts
Data Center Network Operations (NetOps) Reimagined
Take DevOps to the Next Level
More Webcasts
White Papers
2020 SANS Enterprise Cloud Incident Response Survey
Smart Service Management: Working Better Together with a Connected Enterprise
More White Papers
Reports
Intelligent Outcomes Are Key to Business Resilience
Enabling Enterprise Resiliency Through Cyberthreat Detection
More Reports