A jury is deciding how much more to reward Apple for patents it says Samsung violated. Samsung is already on the hook for $600 million.

The Apple-Samsung patent trial redux got underway this week in Silicon Valley. Both companies spent several days arguing over the value of smartphone patents and how much Apple should be compensated. Apple said it is owed $380 million, while Samsung believes it should only have to pay $52 million. The jury is entering its second day of deliberations Wednesday.

This week's legal action is a re-do over the damages awarded to Apple last year. A jury convicted Samsung of "willfully" infringing on some of Apple's patents and initially awarded Apple $1.05 billion. US District Judge Lucy Koh, however, later said that the jury improperly calculated a portion of the reward. A total of 26 Samsung devices were named in the original trial. The jury got the damages on 13 of them correct ($600 million), and 13 of them wrong ($400 million). The jury is looking at the 13 products again to determine the new damages amount.

The 13 Samsung smartphones in question were found to infringe on Apple's patents, such as the "pinch-to-zoom" feature and others.

Earlier this week, the US Court of Appeals for the Federal Circuit in Washington, D.C., ordered Judge Koh to reconsider Apple's request to ban the infringing products. Last year, Apple asked Koh to prevent them from being sold in the US, but she said Apple couldn't prove that consumers bought Samsung's devices over Apple's due to the patent infringement. The appeals court believes Koh incorrectly applied certain legal standards in making her initial decision. Even if Koh reverses her decision, a ban is moot at this point. Most of the offending products have been discontinued and are no longer for sale. 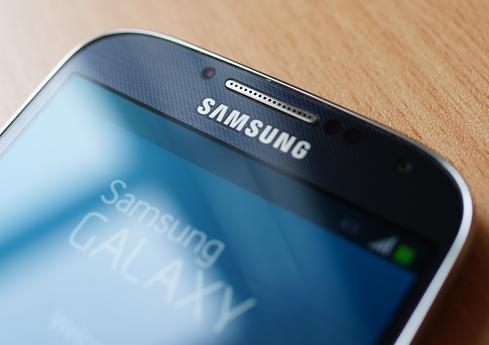 Once the jury returns with the damages, it's unclear how quickly Samsung will have to write Apple a check. Samsung has yet to pay the original $600 million award that Koh upheld. If the jury leans in Apple's favor this week, Samsung could be on the hook for close to $1 billion in damages.

Apple and Samsung have been battling one another in courtrooms around the world for several years now, including the UK, Germany, The Netherlands, and Australia. Each has won some rulings and lost others. The companies are primed to renew their head-to-head battle in March of next year when the second major trial between the two begins in the US. The trial slated for March applies to newer devices made by Samsung, and could have a larger impact on the company if either a ban or more damages are awarded to Apple.

Despite Apple's $1 billion victory, Samsung's smartphones outsell Apple's by a wide margin. Samsung shipped more than twice as many smartphones during the last quarter, and it aims to take down Apple's tablet lead as soon as next year.