With the holiday shopping season set to kick into high gear this week with Black Friday, Apple is making sure consumers can get their hands on one of its newest accessories, the Apple Pencil, a Bluetooth-enabled compliment for the iPad Pro.

Facing supply constraints at its own retail stores, Apple has once again partnered with the big box giant. Earlier this year, Best Buy was the first chain retail store to offer the Apple Watch.

While consumers interested in purchasing the Pencil, which retails for $99.99, can head to Best Buy's website to see which stores carry the device, it is, at the moment, only available for purchase in-store, according to a Nov. 20 report from Apple Insider.

When used with the iPad Pro, the Apple Pencil allows creatives even greater precision. The Pencil was also designed to expand on the versatility of Multi-Touch, and lets users make any number of effects, down to a single pixel.

Apple has worked to ensure latency -- the tiny delay between when you begin drawing and the time it appears on the screen -- has been reduced to an almost imperceptible level. 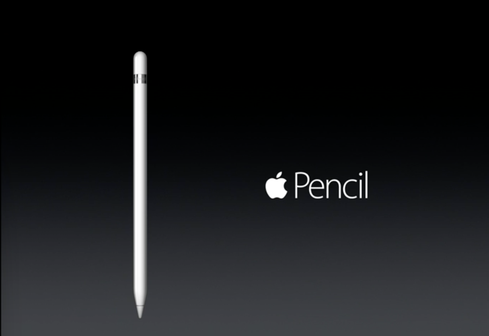 When iPad Pro senses Apple Pencil, the subsystem scans its signal at 240 times per second, giving it twice the data points it normally collects with the user’s finger.

With Steve Jobs famously saying that if the iPad ever needed to be bundled with a stylus, then it was a failure, Apple's decision to produce the Pencil took some analysts by surprise, with many asking if the accessory was truly groundbreaking.

The iFixit crew recently conducted one of their famous teardowns on the Pencil to find out just what exactly is inside, and also compared it to the Microsoft Surface Pen, which is to be used with a Surface Pro 4 tablet.

The compact device proved -- like many of Apple’s products -- to be a difficult one to breakdown. iFixit tore a flex cable just trying to remove the Lightning Connector assembly and had to saw through the plastic casing to reach the metal structure of the pencil inside.

The team eventually uncovers the teeny logic board and associated elements that make the Pencil work its magic, including a tiny Qualcomm Smart IC data receiver.

Overall the company rated the Apple Pencil a 1 out of 10 for reparability -- the very bottom of the pile.

[Read about iFixit's teardown of the iPad Pro.]

"The pencil is clearly not meant to be opened or repaired; you can't get inside without destroying the device," the report concluded. "The layers of plastic and metal holding interior components are impossible to remove without shredding. The battery, enough for a 12 hour run, is impossible to replace, giving the device a limited lifespan."

Aside from limited supply for the Apple Pencil and the Smart Keyboard, Apple fans may also find themselves on a long search for the iPad Pro itself. The 128GB version appears to be in high demand both online and in retail stores, a scarcity only likely to increase in the coming weeks.

Nathan Eddy is a freelance writer for InformationWeek. He has written for Popular Mechanics, Sales & Marketing Management Magazine, FierceMarkets, and CRN, among others. In 2012 he made his first documentary film, The Absent Column. He currently lives in Berlin. View Full Bio
We welcome your comments on this topic on our social media channels, or [contact us directly] with questions about the site.
Comment  |
Email This  |
Print  |
RSS
More Insights
Webcasts
The Failures of Static DLP and How to Protect Against Tomorrow's Email Breaches
Building the SOC of the Future: Next-Generation Security Operations
More Webcasts
White Papers
The Insecure State of Microsoft Teams Security
Research Report: Evaluating Your Organization's Cybersecurity Readiness
More White Papers
Reports
2020 Threat Hunting Report
Email Security Threat Report 2020
More Reports

The number of outlets is not the issue. The problem is and always was that Apple is too inept to provide enough product to sell. They could turn over way more stuff if they would just fire those who are in charge of production and get someone in who knows what she/he is doing. Also shows how detached from reality Cook is that he still does not see that as a problem. I doubt it is a money issue and I am sure Foxconn can fid more Chinese to work 18 hour shifts for pennies.
Reply  |  Post Message  |  Messages List  |  Start a Board

$99.99 for an unrepairable stylus? Apple has done it again, making a huge margin on a bluetooth device that will eventually need replacing.

I would agree that this device is not groundbreaking, but will help the company's profits.
Reply  |  Post Message  |  Messages List  |  Start a Board

@whoopty: IMHO that's the strength of Apple. It's not a hostage to Steve Job's vision. People die. Organizations should not.
Reply  |  Post Message  |  Messages List  |  Start a Board

@whoppty.  I think the new leadership is willing to do different things than those promoted by Steve jobs.  Will the approaches they take help Apple products grow in the future? As i have noticed, their most recent products do not have the WOW factor anymore.  They are just continuation of their old lines of products.
Reply  |  Post Message  |  Messages List  |  Start a Board


@Whoopty very true. This gives you the idea of fast changing tech. The things will even change at the designing level. The main motivators for these changes are not the innovative ideas of designers but the customer requirement. How fast you can manage to bring change in your product according to the customer satisfaction is the basic criteria of being successful. Your example of Apple stands valid in this regard. What is your point of view?

Let this be a lesson for anyone who claims Apple will never do X. Steve Jobs famously smashed the idea of a stylus and said Apple would never make one. And low and behold, a few years later it doesn't seem like quite such a silly idea.
Reply  |  Post Message  |  Messages List  |  Start a Board
Editors' Choice
Hot Topics