Apple loses a battle against the University of Wisconsin concerning the use of processing technology. The loss could cost the company $234 million.

The Wisconsin Alumni Research Foundation (WARF) won a jury verdict against Apple after a jury trial in federal court, which will see the tech giant pay the university damages of $234 million.

At the end of the two-week trial, the jury found that Apple infringed a WARF-owned patent claiming an invention that improves the efficiency and speed of computer processing.

The jury determined Apple's A7, A8, and A8X system-on-a-chip (SoC) designs infringed on the asserted claims of the patent.

The chips are found in the Apple iPhone 5s, iPhone 6, iPhone 6 Plus, and several different iPad models.

The patent dates back to 1998 and covers processor efficiency. While WARF -- which manages inventions created by researchers at the school -- said it offered to license the patent to Apple, the iPhone maker refused to entertain the idea. 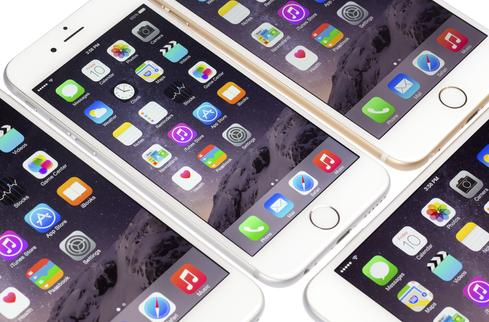 "This is a case where the hard work of our university researchers and the integrity of patenting and licensing discoveries [have] prevailed," Carl Gulbrandsen, managing director of WARF, wrote in an Oct. 16 statement. "The jury recognized the seminal computer processing work that took place on our campus. This decision is great news for the inventors, the University of Wisconsin-Madison and for WARF."

In the first phase of the two-phase trial, the federal jury found that Apple was guilty of infringing on the asserted claims and determined the patent claims to be valid.

The issues of infringement and validity took the jury six hours to deliberate in WARF's favor.

The second phase of the trial determined Apple owned WARF $234 million in damages, a far cry from the $400 million the foundation was seeking, but far more than Intel paid to settle a similar dispute over the same patent.

Apple had initially sought to have the patent declared invalid, but the US Patent and Trademark Office denied Apple's request to examine the patent's merits, and so allowed the trial to move forward.

"For 90 years, WARF has helped UW faculty take intellectual property, patent it and reinvest the licensing fees from those patents back into research and education at the University of Wisconsin-Madison," Gulbrandsen said. "Although patent verdicts like this one are typically appealed, we hope to continue to work with Apple to resolve this matter and build a stronger relationship between our two institutions."

Patent lawsuits have become a familiar tactic in the battle for smartphone market supremacy. Apple has locked horns with Samsung over patents since 2011.

The companies settled most of their pending lawsuits around the world, but are still tussling over a 2012 court decision that initially awarded Apple $1.05 billion.

Apple is of course not stranger to lawsuits on several fronts. In May, the company settled a lawsuit filed against it by lithium-ion battery manufacturer A123, which sued Apple after five employees left the company to work for Apple. The complaint argued that the five violated their employment agreements.

The two companies signed a settlement agreement, but neither company commented on the development. Terms of the arrangement were not disclosed.

Nathan Eddy is a freelance writer for InformationWeek. He has written for Popular Mechanics, Sales & Marketing Management Magazine, FierceMarkets, and CRN, among others. In 2012 he made his first documentary film, The Absent Column. He currently lives in Berlin. View Full Bio
We welcome your comments on this topic on our social media channels, or [contact us directly] with questions about the site.
Comment  |
Email This  |
Print  |
RSS
More Insights
Webcasts
The Failures of Static DLP and How to Protect Against Tomorrow's Email Breaches
ROI and Beyond for the Cloud
More Webcasts
White Papers
How to Prioritize Risk Across the Cyberattack Surface
Transforming the Corporate WAN: Enterprise Network Insights
More White Papers
Reports
How IT Security Organizations are Attacking the Cybersecurity Problem
Email Security Threat Report 2020
More Reports

>> Universities spend a lot of time and money on research, and being able to get that money back allows them to pay for more research into more advances.

Well said. I wonder if Apple could take so easily from Stanford.
Reply  |  Post Message  |  Messages List  |  Start a Board

Yes, they should. Universities spend a lot of time and money on research, and being able to get that money back allows them to pay for more research into more advances. While it might sound nice that universities should just do the research and give it away, the only end-product of that would be that they wouldn't do the research in the first place.

And if they don't fight for their patents, they end up losing the ability to get anyone to pay for them.
Reply  |  Post Message  |  Messages List  |  Start a Board

As much as I agree Apple should pay it dues, there's been a lot of discussion around the idea of should universities take part in patent and copyright lawsuits? Although winning may make people pay up for using that college's inventions, how much should an educational body spend on fighting lawsuits and associated legal fees?
Reply  |  Post Message  |  Messages List  |  Start a Board

This is really great news ! It is refreashing to know that even Apple cannot get away with patent infringement.

Now I wonder if they will be ever liable to chinese workers that toil  (and die ) in their foriegn based factories ?

Sadly I doubt it.  The Chinese government will make sure of that.
Reply  |  Post Message  |  Messages List  |  Start a Board
Editors' Choice
Hot Topics