Apple iWatch Vs. Smartwatches Past And Present - InformationWeek

iWatch could change the mobile landscape, or it could end up as a redundant peripheral. Can Apple avoid the smartwatch flops of the past? 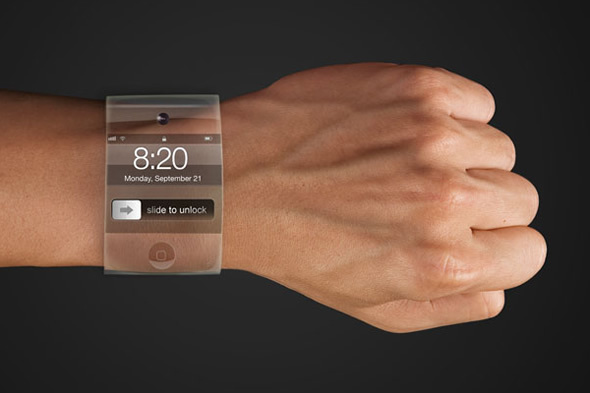 Unlike other Apple rumors, such as the much anticipated and still unrealized Apple TV, few doubts remain that Apple is developing an iOS-based wristwatch.

In the past few days, the Wall Street Journal and the New York Times have both reported that Apple is exploring a computerized timepiece. And on Wednesday, Bloomberg weighed in to say that Apple "has a team of about 100 product designers working on a wristwatch-like device."

The timing appears to fit the pattern Apple followed when it introduced the iPod: The company has waited for a market to take shape and plans enter the fray with a product that's better designed and more useful, thanks to the strength of its underlying software platform, the inevitable contributions of third-party developers and an emerging cloud storage and e-commerce connection.

There's no doubt Apple could make an interesting iWatch. But what's less clear is whether the company can make a timepiece that's revolutionary. The iPhone matters because it brought mobile touch screens to the masses, put Internet-connected computers in everyone's pocket and revealed the popular appeal of a curated platform.

The iPod matters because it made the legitimate digital music market more convenient than downloading songs without paying artists or music sellers, and because it connected music management to personal computing.

The iPad matters because no other company had been able to make tablets work well, despite years of trying, and because it made computing-related activities much easier in environments where people aren't sitting at desks.

Apple surely hopes the iWatch will matter as much, but it's hard to see how that will happen. Combining a phone with a touch-screen computer changed the industry. Combining a watch with a touch-screen computer seems like more of the same. And indeed, as Bloomberg's report ominously notes, Apple's investors want more of the same. They're concerned that without another revolutionary device, Apple will not be able to sustain its high profit margins in the face of competition from Google, Samsung, and others.

But revolutionary products are not simply something that can be produced on-demand, as if one were producing a follow-up season of the hit show "iPhone." The tech industry worships its innovators, but even icons like Steve Jobs didn't simply reimagine entire industries at will. For every revolution, there are several failed uprisings, like Apple's Ping or Google's Wave. Revolutions depend on luck and timing as well as a determination to innovate in the face of naysaying.

Can Apple make the "wearable" aspect of computing matter in a way that can't be matched by strapping an iPhone or iPod nano to one's wrist? Is time-telling a function that can be enhanced with apps on a tiny screen or is the watch aspect of the iWatch irrelevant to the potential of having a subset of iPhone functions crammed into a tiny screen? Perhaps it's all a scheme to limit Google's power -- you're not going to be doing a lot of text-based searches on a device with a tiny screen.

Pictured above is how designer San Francisco-based designer Yrving Torrealba imagined an Apple watch. Time will tell whether Apple can do better. Dig into our slideshow to see iWatch's smartwatch rivals, past and present.

I see all the same watches, and NEVER see the Martian Watch. What you only want to focus on Android Watches?? My Martian Watch does SMS messages, shows me who is calling, I can call and receive calls on it. All the things a smart watch should do. I don't have twitter or facebook enabled, and I don't need to see emails, but it does all those things, too. Show me that on the pebble, or I'm Watch.
Reply  |  Post Message  |  Messages List  |  Start a Board

" The iPhone matters because it brought mobile touch screens to the masses, put Internet-connected computers in everyone's pocket..." This is complete twaddle. My ancient Treo 680 and and centro phones all had touch screens, all connected to the Internet -- and delivered a far superior messaging environment. BTW, there was also a PalmOS based watch from Fossil -- in 2003.
Reply  |  Post Message  |  Messages List  |  Start a Board

a follow-up season of the hit show "iPhone." The tech industry worships its innovators, but even icons like Steve Jobs didn't simply reimagine entire industries at will. For every revolution, there are several failed uprisings, like Apple's Ping or Google's Wave. Revolutions depend on luck and timing as well a
Reply  |  Post Message  |  Messages List  |  Start a Board

All of these stories on the iWatch are totally missing the point. Let me show it to you:
http://www.kickstarter.com/pro...

THIS is what got Apple excited. You know that Jonathan Ive looked at the form factor, thought it was intriguing, and fell in love with the challenge of how to turn something like that into a useful iDevice. And Tim Cook easily agreed. So you want to know what Apple is working on that's a 'curved glass' 'watch'? It is really more of a bracer. And it is like the CST-01, except, more than a watch.
Reply  |  Post Message  |  Messages List  |  Start a Board

Information Week only had one important New Year's Resolution this year. '"No Slide Show Articles with out a prominent 'View-as-one-page' link." How's that working out for you so far?
Reply  |  Post Message  |  Messages List  |  Start a Board

This could work if, and only if, in addition to great design (design is a big selling point for Apple!) there is some amazing functionality that you can't find on a smartphone or ipad, but that really leverages the fact that you are constantly wearing it.
Reply  |  Post Message  |  Messages List  |  Start a Board

Another colleague brought up the "would women ever wear this" question. I don't see it as a Mars/Venus issue -- at one time, some women wore BlackBerries on their belts, too -- but more as a functionality issue. If I have an iPhone and an iPad mini already, Apple will need to convince me I need a smartwatch on more than an aesthetic level. That goes for men and women.

On the other hand, the iPad became an executive status symbol of sorts rather quickly; CEOs did not want to be seen without it. I am not sure if a smartwatch would play out similarly.

A few people will buy it just because it's Apple; a few more will buy it because it's cool; a few more will buy it to say they own one. The real question is: will a 15-22 year old girl want to use an iWatch? If men will wear it to impress younger women, and younger women wear it to impress each other, that'll decide whether it's successful or not. It has the hype to be successful, but if young women think it looks dumb then I don't think it'll have the momentum to take off.
Reply  |  Post Message  |  Messages List  |  Start a Board

Most of these watches are doomed for failure. It doesn't matter how elegant the OS is, or how responsive the touchscreen is, or even how vibrant the display is. Each time you touch the screen you black out a huge portion of display. Can you imagine if you have an oversized hand. Guess what most men do. A possible solution would be the device that Crucialtec offer . How else will they do it?
Reply  |  Post Message  |  Messages List  |  Start a Board
Editors' Choice
Hot Topics