"Electronic wristband" might work with swappable modules as Apple appears to be thinking beyond the smartwatch for its first wearable.

Further evidence of Apple's interest in wearable devices surfaced on Tuesday with the publication of the company's latest U.S. patent.

"Wrist-worn electronic device and methods therefor" describes a range of possible configurations for wearable hardware that reflects Apple research. In one variant, the device is integrated with a wristband that includes electronic circuitry. In another, the device is a removable module that connects to the electronic wristband.

Apple refers to the device in one image as "iTime," and the patent explicitly states, "The invention pertains to an electronic wristwatch." Yet it would be underestimating Apple to assume the company is interested merely in creating a smartwatch along the lines of the Samsung Gear 2, the LG G Watch, or similar devices. 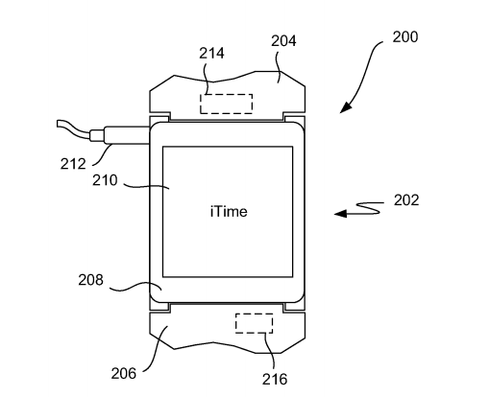 The operative word in Apple's patent is "wristband." It appears 138 times, significantly more than "watch" (eight times) or "smartwatch" (zero). It points to Apple's focus on form rather than function. "Wristband" tells you where the device will reside and how it will be secured. It does not focus on what the device will do because there's likely to be more than one Apple wearable device.

Apple might call its first wearable "iWatch" as the company has filed trademark applications for the name and public awareness of the name is already high. Or perhaps "iTime," but the company isn't looking to sell the latest in time-telling technology. Chronometry is a commodity capability; it's likely the least interesting possible function for a wrist-worn electronic device.

The patent describes the possibility -- Apple hasn't confirmed any such device -- of an electronic wristband that can accommodate and connect to a removeable hardware module. The small device within the wristband could be an iPod Nano or another piece of electronics entirely. Chances are that Apple, as a hardware company, will want to sell a variety of small, portable devices that fit into its electronic wristband.

Why an "electronic wristband" rather than just a wristband? Intellectual property rights and product control. Anyone can make a wristband out of fabric, plastic, leather, or metal. But only Apple and its authorized partners, if any, will be able to make wristbands with the proprietary hardware necessary to connect directly to Apple device modules. 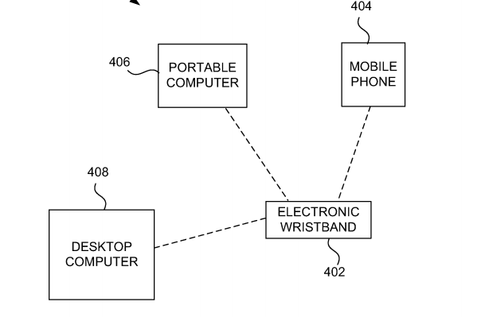 A modular approach would allow Apple to make various mobile devices for its wristband that are both thin and designed for optimal functionality, rather than a single device that tries to be all things to all users, a difficult design challenge. A modular approach would also encourage the sale of multiple devices -- chances are Apple customers will find more than one that's useful. What's more, swapping removeable devices in one's wristband would