Nearly a year after users began complaining about faulty cameras on their iPhone 6 Plus, Apple offers a plan to help them get fixed.

First there was Antennagate, then there was Bendgate, and now Apple is owning up to Cameragate. The latest mini-scandal regarding the iPhone will result in the company replacing faulty iSight cameras on iPhone 6 Plus.

Complaints about the faulty camera and the blurry images it produced first surfaced in October 2014, when a thread was started on the Apple Support Communities forum, and garnered 115 replies and nearly 160,000 views.

"Apple has determined that, in a small percentage of iPhone 6 Plus devices, the iSight camera has a component that may fail causing your photos to look blurry," according to Apple's support page dedicated to fixing the blurry camera issue. "The affected units fall into a limited serial number range and were sold primarily between September 2014 and January 2015."

If a user's iPhone 6 Plus is producing blurry photos and falls into the eligible serial number range, Apple said it would replace the device's iSight camera free of charge. However, the company will not fully replace the smartphone. 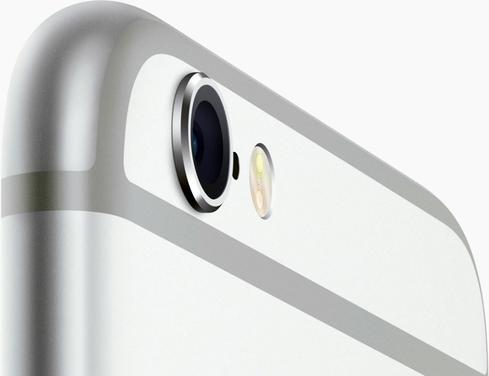 Apple also noted the iPhone will be examined prior to any service to verify that it is eligible for this program and that it is in working order. Customers then have three options to have the iSight camera replaced -- through one of the company's retail stores, via Apple technical support, or through an Apple authorized service provider.

In addition, Apple said if the user's iPhone 6 Plus has any damage, such as a cracked screen, that impairs the camera replacement, that issue will need to be resolved prior to service. The company noted that in some cases there may be a cost associated with the repair.

The program covers affected iPhone 6 Plus iSight cameras for three years after the first retail sale of the unit, and the program doesn't extend the standard warranty coverage of the iPhone 6 Plus.

The iSight camera is located on the back of the iPhone 6 Plus and features like the option to capture video in formats such as 1080p HD at 60 frames per second (fps), 240-fps slow motion, and time-lapse.

[Read how the iPhone 6 Plus is driving phablet adoption.]

The sophisticated 8-megapixel camera, which became a central part of Apple's advertising campaign, sports a new sensor with Focus Pixels, improved face detection, and exposure control, as well as a panorama mode and auto stabilization.

Despite the media attention Apple's received for the iSight camera problems and mobile phone manufacturers' heavy advertising focus on smartphone camera quality, a Blanco Technology Group study (registration required) released earlier this month found that only 2% of consumers are bothered by poor camera or video quality.

The study, which surveyed more than 1,400 consumers in the US, UK, Canada, and Australia, found 38% of consumers cite short-lived batteries as the most common device issue, while just 8% are bothered by insufficient storage space.

Nathan Eddy is a freelance writer for InformationWeek. He has written for Popular Mechanics, Sales & Marketing Management Magazine, FierceMarkets, and CRN, among others. In 2012 he made his first documentary film, The Absent Column. He currently lives in Berlin. View Full Bio
We welcome your comments on this topic on our social media channels, or [contact us directly] with questions about the site.
Comment  |
Email This  |
Print  |
RSS
More Insights
Webcasts
Building the SOC of the Future: Next-Generation Security Operations
5 Steps to Solving Modern Scalability Problems
More Webcasts
White Papers
Cyber Threats & Trends: Jan-June 2020
Threat Intelligence Solutions: A SANS Review of Anomali ThreatStream
More White Papers
Reports
2020 Threat Hunting Report
The Drive for Shift-Left Performance Testing
More Reports


I have a LG3 and an iPhone in my household. I think the pictures are good on both sometimes but the consistency is not there. I agree that we sacrifice exceptional performance for convenience. I know my point and shoot camera will often perform better than the phones but its bulkier and one more thing to carry. I have noticed aftermarket lenses for the phone cameras is anyone using them? Are you getting better photos with them?

2% is a relatively small number of phones. I find it interesting that Apple gets so much backlash for quality problems – a lot of products can have issues.

A lot of this has to do with the fact the company always does so well and focuses on the quality of its products. People are surprised to hear there are problems.
Reply  |  Post Message  |  Messages List  |  Start a Board

@impactnow - I've always felt like the old saying "If you're a jack of all trades, you're a master of none" applies here.  The iPhone is phone, not a camera or else it would be called the iCamera and just happen to have a built in phone.  :)   So it doesn't surprise me that you had this experience with yours and there are all the problems with the 6 Plus.  I think people used to value performance over all else which is why initially people weren't interested in having an all-in-one device.  Now, we're willing to settle for mediocre in exchange for convenience.
Reply  |  Post Message  |  Messages List  |  Start a Board

I have an iPhone 6 Plus and I am super happy with it. I haven't experienced any problems with the camera, or with anything else. :) -Susan
Reply  |  Post Message  |  Messages List  |  Start a Board

impactnow, so that's about your LG. Do you have an LG and iPhone as well? -Susan
Reply  |  Post Message  |  Messages List  |  Start a Board

Its interesting that all the phone companies market their new cameras as better I recently traded up my phone to a new phone with a 12 MP camera. Surprise my old phone with the 5mp camera took better pictures! I find the flash detection is not reliable unless you are very close and and the zoom produces blurry pictures.
Reply  |  Post Message  |  Messages List  |  Start a Board
Editors' Choice
Hot Topics

10 IT Trends to Watch for in 2021 Cynthia Harvey, Freelance Journalist, InformationWeek,  12/22/2020
White Papers
Presenting Your Cloud Security Strategy to the Board
The State of Threat Detection and Response
Seven recommendations for a Successful SD-WAN Strategy
Transforming the Corporate WAN: Enterprise Network Insights
ROI Study: Economic Validation Report of the Anomali Threat Intelligence Platform