Electronics makers shipped a total of 4.6 million wearables during 2014. Of those, just 720,000 were smartwatches based on Google's Android Wear platform. The data, from research firm Canalys, shows just how far smartwatches have come, and how much farther they have yet to go.

Android Wear devices officially went on sale during the summer months. LG and Samsung were among the first to come out, in late June, with the G Watch and Gear Live, respectively. They were followed by Motorola, Asus, and Sony in August and September. Motorola's Moto 360 was the most popular Android Wear device of the lot, says Canalys, though it didn't offer exact figures to back up that claim. Motorola's smartwatch has the worst battery life of the six Android Wear devices available, but it has the most appealing design. These six devices combined accounted for 720,000 shipments (not sales).

"Android Wear will need to improve significantly in the future, and we believe it will do so," said Canalys Analyst Daniel Matte.

Pebble, meanwhile, said it shipped one million of its own smartwatches between February 2013 and December 2014. About 600,000 of those shipments occurred between March and December of 2014, giving Pebble alone a minimum share of 13% of wearables for the year. Pebble had a good 2014 thanks to a steel variant of its device, the launch of its app store, and its broad support for the Android and iOS platforms. 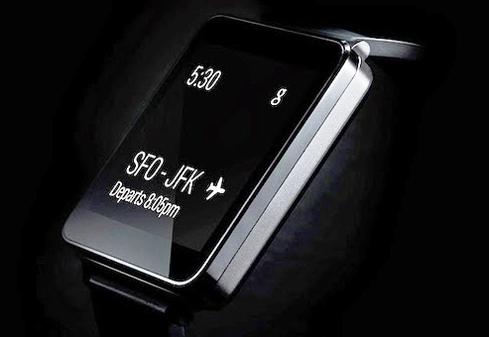 Of the 4.6 million wearables shipped during 2014, 3.28 million (71.4%) were devices other than smartwatches. What were they? Fitness bands and smartbands. Canalys says FitBIt remains the leader in basic wearables by a wide margin. Its devices are limited in function, but cost 60% less than most smartwatches. Others devices made by Jawbone and Polar land in this category.

Samsung's wearables did fairly well compared to its competitors, but that's because the company has flooded the market with six different wearables over a period of 14 months. The devices run a mix of platforms (Android, Tizen, other). Samsung, however, "has struggled to keep consumers engaged and must work hard to attract developers while it focuses on Tizen for its wearables," said Canalys VP and Principal Analyst Chris Jones.

China's Xiaomi had a good 2014, too. It shipped more than one million Mi Bands, though its device is not quite a smartwatch. The company positioned itself well in its home market, and moved more than 103,000 Mi Bands in a single day, thanks to its attractive pricing.

Canalys's data provides an interesting picture of the wearable market as a whole. It's a young market, to be sure, and has lots of growing to do. For that and other reasons, all eyes will be on Apple come April. Canalys believes Apple will grow the market for wearables dramatically.

"Apple made the right decisions with its WatchKit software development kit to maximize battery life for the platform," said Canalys's Matte, "and the Apple Watch will offer leading energy efficiency."

Estimates of Apple's potential Watch sales for 2015 vary widely, but they are all sky high. JPMorgan this week revised its numbers upward. JPMorgan analyst Rod Hall believes Apple will sell (not ship) 26.3 million Apple Watches this year. That's six times more than the entire wearables market of 2014. He based that number on 5% of iPhone owners acquiring the wearable by the end of the calendar year. Hall thinks as many as 13% will own one by the end of 2016.

Eric is a freelance writer for InformationWeek specializing in mobile technologies. View Full Bio
We welcome your comments on this topic on our social media channels, or [contact us directly] with questions about the site.
Comment  |
Email This  |
Print  |
RSS
More Insights
Webcasts
Zero Trust for a Work-From Home World
Cybersecurity's Next Wave: What You Should Know
More Webcasts
White Papers
Why Add Security to Your Skill Set and How to Do It
Supercharge Incident Response with DDI Visibility
More White Papers
Reports
Are Unprotected Cloud Databases Leaking Your Data?
How IT Security Organizations are Attacking the Cybersecurity Problem
More Reports

I am skeptical about wearables. Do I really need another device in addition to my smartphone?

We've already seen that tablets are cetainly no must-haves. I think the same goes for wearables, at least until I see a killer app for it. Which right now there isn't one.
Reply  |  Post Message  |  Messages List  |  Start a Board
Editors' Choice
Hot Topics