50%
Tweet
As enterprise IT loosens its death grip on the RIM BlackBerry, we test the top mobile rivals. Dig into a real-life comparison of user experience, apps, enterprise readiness, and more.

The best-designed phone in this bunch is, by far, the Samsung Galaxy SII. Despite sporting a whopping 4.52-inch display, it is one of the thinnest, lightest phones I've ever used. (Now imagine that phone with more curves and contours, slightly bigger but just as light and thin, running a vastly improved OS and that is--I'm told--the Samsung Galaxy Nexus running Android 4.0.) I tested the Samsung Galaxy SII on AT&T and T-Mobile, and the experience was phenomenal. It's even a good size for watching video content on Netflix. Capturing video at 1080p is also pretty sweet. 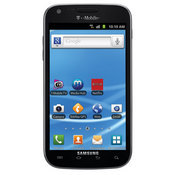 Many Android manufacturers add their own interface and other doo-dads to the phone, and Samsung is no exception. There is plenty to like in TouchWhiz (easy-to-create shortcuts, customizable panels, a carousel of screens to rotate through, customizable app drawer), but it doesn't really get in the way. The Samsung Media Hub is fairly typical, but getting live content is pretty sketchy--it's never what I want, like a live NFL football game.

The iPhone 4S design looks just like the iPhone 4, of course, but the camera (8 MP) is far superior. The dual-core processing also makes everything that much faster. But most of the magic here is with iOS 5 and Siri. More on that shortly. 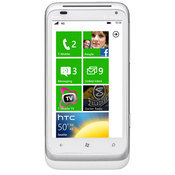 The Windows Phone 7 phones look fairly basic. The HTC Radar 4G has a 3.8-inch WVGA LCD capacitive touch screen with 800 x 480 pixel resolution, and runs on a single core 1GHz Qualcomm Snapdragon processor. It's small and light (but still a tad heavier than the Samsung), with an aluminum body and white finish. It can record 720p video, has a 5 MP rear facing camera and a 1.0 MP front facing one. I liked the panoramic photo capability.

The Nokia Lumia 800 is also stylish in all black. Sleek and simple. It is a 3.7-inch device, also with 800 x 480 pixel resolution, and running a 1.4GHz Qualcomm Snapdragon processor. While it has an 8 MP rear-facing camera, it is missing a front facing camera. It includes Nokia Drive (free, voice guided navigation, and also in 3D map mode) and Nokia Music. Nokia has also said it is working with ESPN on a Sports Hub. The missing front-facing camera is a bit of a deal killer, but otherwise the phone performed remarkably well.

Windows Phone 7 (or 8) isn't going anywhere until Microsoft builds LTE support into them, because Verizon won't carry them until then, and Verizon is still the 900-lb primate in the zoo. And it is a shame, because Microsoft could be making a killing, since the iFone doesn't have full functionality on the Verizon network (CDMA and LTE just cannot do the multitasking that GSM can; sorry -- and if you don't believe me, get iFones from Verizon and ATT and talk on them while trying to use a Web search for the nearest diner). Verizon has the coverage and the customer base, and ATT has the technology and the handsets.
Reply  |  Post Message  |  Messages List  |  Start a Board

Like Fritz, I too wonder how many of the, what is it 300+, BES policy types are actually used. I'd bet most IT staff implement the same type of policies across the board and I'd also bet alot of those policies are pretty basic. Apple is increasing their inventory of control hooks and it will be interesting to see how Android ICS does in this area as IT and MDM vendors wrap their arms around it. Oh and the integration of the 3LM.com hooks too on Android is something to watch.

Has anyone seen survey data on the average complexity of BES policies and whether they tend to be at parity with other platforms? Meaning... even though BES policies can be complex because of lots of knobs and switches, do people use the controls?
Reply  |  Post Message  |  Messages List  |  Start a Board

If you do - also try launching any program you installed via voice. just say "Open appname" where appname is the program you want to run. no need to hunt for it :)
Reply  |  Post Message  |  Messages List  |  Start a Board

Given so many folks are switching from Blackberry to Android, there's an app that helps setup a new android phone, specifically for BB folks making the change. Might find it helpful... Welcome Home to Android.
Reply  |  Post Message  |  Messages List  |  Start a Board

Our IT group supports the iPhone, Android and Windows Phone, I keep returning to the Windows Phone. WP7 with the latest OS update is very easy and fast to use. I've been able to get all the applications I want. I believe Microsoft has the best end-user experience and is best positioned to gain more market share quickly.
Reply  |  Post Message  |  Messages List  |  Start a Board

It's really simple! The mistake you made was to add all your accounts to the first Linked Inbox.

1. From your apps list, click on one of the accountsyou want to link (eg Outlook) to open the email app.
2. Click the 3 dots to bring up the menu, then click "link inboxes".
3. It will show you "This Inbox" which will be the one you clicked on (eg Outlook) and below that it will show you all the other inboxes which you can link. From that list, click Hotmail. This will link your Hotmail and your Outlook accounts into one inbox.
4. Now click "rename linked inbox" and save it. Lets call it "Work Email".
5. Now come out of the email app and you will have a new tile called "Work Email" which you can pin to the home screen and contains both your Outlook and Hotmail account. Your individual tiles for your Outlook and Hotmail will no longer appear in the apps list until you decide to unlink them.

Now repeat this for your Gmail and Yahoo account to create a second linked inbox, called Private Email for example.

Taken out of context, I suppose it does seem casual. However, I happen to work in an enterprise that DOES ban the Android. It allowed me to use it fully, however, for the purposes of my testing.
Reply  |  Post Message  |  Messages List  |  Start a Board

Steve, I agree that solutions like Tango (that are cross platform) are better. I think Skype, by the way, is the ultimate killer cross platform solution, because over time the mobile version will surely do more than just video chat. However, quite a number of people are compelled by Facetime, so we might have to disagree on that point. Just because you or I wouldn't buy an iPhone for that reason doesn't mean that people don't.
Reply  |  Post Message  |  Messages List  |  Start a Board
Page 1 / 3   >   >>
Editors' Choice
Hot Topics