50%
Tweet
There weren't many smartphone announcements at CES 2013, but most of them were for Android phones and here they are, including one phablet. Pantech, Sony and Huawei all announced phones — some exclusively for the Chinese market — and Intel released a CPU and reference platform optimized for Android and also designed for low cost in emerging markets. 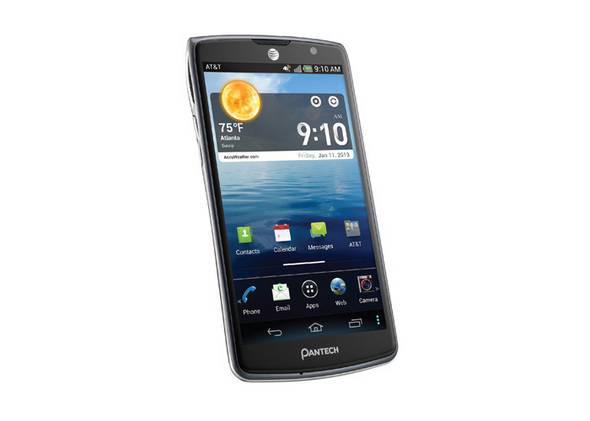 Touted by Pantech as a $50 alternative to the Samsung Galaxy S3, this 4.8" LTE smartphone called Discover sounds like a bargain. It runs Android 4.0 — as does the Galaxy — and sports a dual core 1.5GHz CPU. The company did not discuss how much RAM the device would have, or who makes the processors. The Galaxy S3 has a 1.5 GHz dual-core Qualcomm Krait and 1GB RAM.

The Discover comes standard with 16GB of on-board storage and a 2,100 mAh battery that AT&T claims is good for 10 hours. It also supports NFC. The Galaxy has a 2,100mAh battery and claims 11 hours of 3G talk time.

At CES Pantech decided to market the phone as a cheap alternative to the Galaxy. The Verge reported that the company handed out (obviously fake) $150 bills along with the rest of the marketing materials. The $50 version of the smartphone requires a two-year contract with AT&T.

The phone weighs about 135 grams (approx. 4.8 oz), and is 9.1mm (.3-inch) thick, just slightly thicker and heavier than the Galaxy S3's 133g, and 8.6mm thickness. The Discover outclasses the Galaxy in terms of the rear camera offering a 12.6 megapixels versus the Galaxy S3's 8. The front cameras are nearly identical, with the Discover at 2 megapixels and the Galaxy at 1.9.

Comment  |
Email This  |
Print  |
RSS
More Insights
Webcasts
Enterprise Database Strategies for 2020
Now That Ransomware Has Gone Nuclear, How Can You Avoid Becoming the Next Victim?
More Webcasts
White Papers
DevOps for the Database
NDaaS 101
More White Papers
Reports
Online Threats -- and What Your Org Can Do About Them
[Special Report] Remote Network Management
More Reports