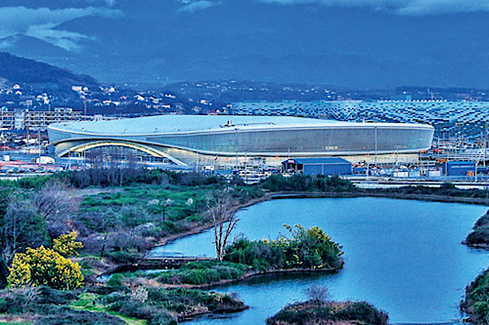 Yandex introduced new firmware Wednesday that relies on the Android Open Source Project (AOSP) to let hardware makers develop their own Android smartphones away from the watchful eyes of Google. The firmware package includes essential apps and user-interface elements, which Yandex is offering for free. This is good news for smartphone manufacturers seeking to offer a differentiated experience, but it comes with a catch.

The AOSP program offers the basic benefits of Android without Google's services on board. That means no Play Store, no Gmail, no Google Maps, and so forth. Amazon uses AOSP for its Kindle tablets. Nokia's forthcoming Android handset will also use AOSP rather than the standard version of Android. Amazon and Nokia's use of AOSP and customizations are often referred to as "forks" in Android, given that they each take Android in a different direction. Yandex stopped short of calling its firmware, Yandex.Kit, a fork.

In order to make up for the lost Google services, Yandex created a 3D user interface, called Yandex.Shell, along with a browser, email, maps, Yandex.Search, and its own app store. The Yandex.Store will have about 100,000 apps at launch, including popular apps such as social networks. Many of the apps will target Yandex's predominantly Russian user base. For example, Yandex.Kit includes a keyboard that can guess the next word in Russian and will provide prompts in the correct case. Further, when passwords are entered, they are shown in both the Cyrillic and Latin alphabets.

"Yandex.Kit will be enjoyed both by users and Android device manufacturers," said Yury Vecher, head of software distribution at Yandex. "The former get a smartphone that's easy to use, while the latter receive all the necessary services and technologies for its creation, on flexible terms. We're ready to work with any company manufacturing Android devices, on any market." Yandex said all revenue generated via Yandex-based phones will be shared with the companies that manufacture them. It already has complete products prepared for Russia, Ukraine, Belarus, Kazakhstan, and Turkey. It can adjust the firmware for other markets.

Yandex has been working on Yandex.Kit with several handset makers looking to customize their devices in ways not possible with Google services on board. Huawei and Explay have both created Yandex.Kit-based Android smartphones that will be on display at the Mobile World Congress trade show in Barcelona the week of Feb. 24. Yandex hopes to launch the first Yandex-based tablets by summer.

Russian residents will get their first taste of Yandex.Kit in Huawei's Honor 3 Yandex and Explay's Flame smartphones. The first tablets on Yandex.Kit are expected this summer.

What's not clear is how well Yandex-based phones will run standard Android applications -- if at all. Further, the security implications of stepping away from Google Play Services are murky at best. In markets where Android doesn't quite fit the operator-OEM business model as-is, Yandex is offering a possible alternative. The success of the first few handsets will provide more clarity in the appeal of Google-less Android handsets.

Eric is a freelance writer for InformationWeek specializing in mobile technologies. View Full Bio
We welcome your comments on this topic on our social media channels, or [contact us directly] with questions about the site.
Comment  |
Email This  |
Print  |
RSS
More Insights
Webcasts
Strategies for Success with Digital Transformation
5 Steps to Solving Modern Scalability Problems
More Webcasts
White Papers
How to Prioritize Risk Across the Cyberattack Surface
Passwordless: The Future of Authentication
More White Papers
Reports
The State of Threat Detection and Response
2020 State of Cybersecurity Operations and Incident Response
More Reports

I'm in Russia now and bought myself a cheap smartphone without realizing that this had happened.  It's pretty awful so far.  It is servicable, but the basic apps and services I use are not available and its hard to find substitutes.  Perhaps in time their platform will become more usable, and perhaps it is more usable for a native Russian speaker, but for now it is annoying and unpolished in many small ways and the only available app store just doesn't have the applications available to fix it.
Reply  |  Post Message  |  Messages List  |  Start a Board

@ Lorna Garey, your points are quite valid. Amazon with worldwide customer base and more universal appeal should be more concerning to Google than Yandex with appeal to mostly Russian market. Security concerns are also noticeable and it will be interesting to see how much security Yandex can provide in their new smartphones.
Reply  |  Post Message  |  Messages List  |  Start a Board

This is a very interesting news. It is strange to think of Android phones without Google services and Play store. Nevertheless it is quite remarkable to know that Yandex.Kit based phones will debut with 100000 apps on Yandex app store. It is yet to see though how users actually take this somewhat varied kind of Android when it actually comes to the market.
Reply  |  Post Message  |  Messages List  |  Start a Board

>Of course, the flip side is, what can Google do to stop it?

Google can deploy really compelling services. Maybe some people will prefer Yandex apps to Google Mobile Services, but I'd bet it will take a while to gain traction.
Reply  |  Post Message  |  Messages List  |  Start a Board

In general, how much does this forking of Android worry Google? Presumably Amazon's project is more concerning than a project aimed at a Russian market, but at some point, these efforts must be seen as both diluting the Android brand and making it vulnerable to bad press surrounding any security breaches that happen in the varients.

Of course, the flip side is, what can Google do to stop it?
Reply  |  Post Message  |  Messages List  |  Start a Board
Editors' Choice
Hot Topics