Even if Google ends up ditching Chrome OS as a brand, it seems unlikely that marrying into Android will erase its identity or market niche. The appeal of a sandboxed, manageable computing platform will not go away.

Google is said to be preparing to unify the Android and Chrome operating systems into a single OS in 2017, according to a report in the Wall Street Journal. But Hiroshi Lockheimer, head of Android, Chrome OS, and Chromecast, has implied otherwise.

"There's a ton of momentum for Chromebooks, and we are very committed to Chrome OS," said Lockheimer in a tweet. "I just bought two for my kids for schoolwork!"

Google declined to comment. But there's reason to believe the Wall Street Journal has overstated the extent of the union, including this comment posted by Google+ chief architect Yonatan Zunger: "I was wondering WTF was going on there [with the WSJ report], since I would think I would have heard about it before if something this big were going down."

[ Which option is right for you? Read HTML 5 Vs. Native Apps: What's Best For Developers. ]

But the Wall Street Journal's account, based on two unnamed sources, claimed Google will "fold" Chrome OS into Android. This represents the opposite of what Google has been doing, enabling Android apps to run on Chromebooks.

Last year, Google released software called App Runtime for Chrome that allowed Android apps to run on Chrome OS hardware. This addressed one of the principal shortcomings of the Chrome platform -- lack of popular apps. 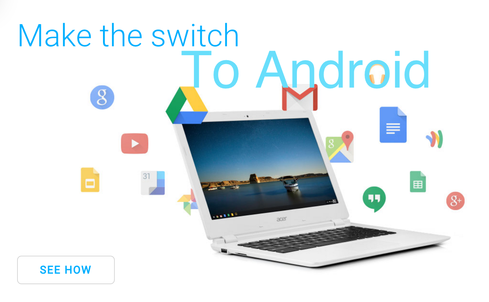 The possibility that Google might subsume Chrome OS into Android has left computer security experts concerned that a unified operating system will trade security for popularity. Chromebooks have become popular in schools because they're affordable and easy to manage, in part because of their hardened security.

According to Google's total cost of ownership calculator, the cost of Chrome hardware over three years for a 100-person organization is $107,200, compared to $621,300 for Windows PC. Microsoft, presumably, would arrive at a different set of figures.

One reason Chrome devices are easy to manage is that they're sandboxed and thus protected from much of the damage that can be done by malicious code. Chromebooks don't need to be purged of viruses and re-imaged, a frequent ritual among Windows admins. Android, on the other hand, faces malware risks similar to other popular operating systems. Android may have a poor reputation for security, but that's largely a consequence of Google's Android partners.

What Android lacks is an effective mechanism to send security updates to every device. As a recent University of Cambridge study (partially funded by Google) noted, "The security of Android depends on the timely delivery of updates to fix critical vulnerabilities. Unfortunately few devices receive prompt updates, with an overall average of 1.26 updates per year, leaving devices unpatched for long periods."

Even if Google ends up ditching Chrome OS as a brand, it seems unlikely that marrying into Android will erase its identity or market niche. The appeal of a sandboxed, manageable computing platform will not go away. 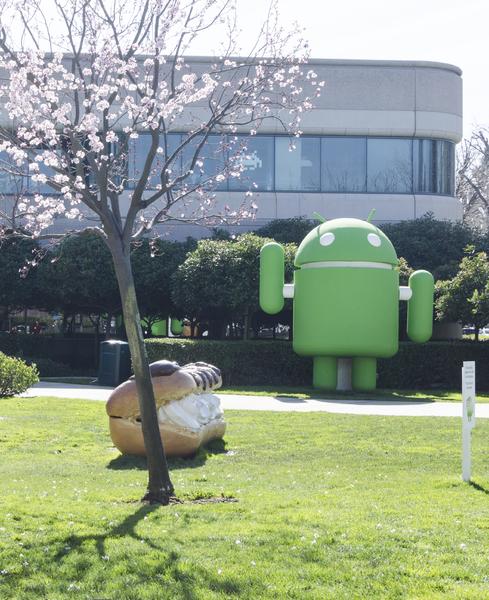 That possibility also exists for Apple's Swift programming language, which, once open-sourced, could evolve to allow Swift apps, via the LLVM compiler, to be built for Android devices. Apple, with its antipathy toward cross-platform development, presumably wouldn't pursue this. But the company might support, or at least tolerate, open-source efforts along these lines to keep developers from drifting into Android's orbit.

Google tipped its hand when it announced its Android-based Pixel C tablet in late September. Its two previous Pixel notebooks ran Chrome OS. The Pixel C demonstrates that Google has made Android its priority. It's a move that makes sense given Android's global popularity.

Perhaps Chrome OS, under a new name like Android Limited, will become a library like Android Auto, Android TV, or Android Wear, offering a restricted feature set for greater security and maintainability. Or Google could be trying to simplify the management of the two operating systems by making them share more plumbing and conventions such as keyboard shortcuts. Android and Chrome OS could converge without becoming one.

The possibility of Android-Chrome OS unification invites a question: Will Java remain the preferred development language? Oracle prevailed in its lawsuit over Google's use of copyrighted Java APIs in Android when the Supreme Court earlier this year refused to hear Google's appeal. Google could avoid liability if its fair-use claim is accepted, but there's a chance Google may have to accept disadvantageous licensing terms from Oracle.

Whether this might affect the viability of Java for Android development remains to seen -- Google's decision to replace Android's Dalvik virtual machine with ART resolved some issues -- but an unfavorable outcome in the Oracle case could push Google to focus on its Go programming language as the preferred way to write Android apps. Doing so might make Android more appealing to developers, as Apple's switch from Objective-C to Swift has done for its platforms.

With Lockheimer suggesting that Chrome OS will remain in some form, we will have to wait -- probably until Google I/O 2016 -- for clarification on the Android master plan.

Thomas Claburn has been writing about business and technology since 1996, for publications such as New Architect, PC Computing, InformationWeek, Salon, Wired, and Ziff Davis Smart Business. Before that, he worked in film and television, having earned a not particularly useful ... View Full Bio
We welcome your comments on this topic on our social media channels, or [contact us directly] with questions about the site.
Comment  |
Email This  |
Print  |
RSS
More Insights
Webcasts
Making Cybersecurity Work in Small and Medium-Sized Businesses
ROI and Beyond for the Cloud
More Webcasts
White Papers
Passwordless: The Future of Authentication
Presenting Your Cloud Security Strategy to the Board
More White Papers
Reports
The ROI Of SD-WAN: Not Just A Numbers Game
The Future of Multi-Cloud Networking 2020
More Reports

@TerryB, I have the same dreams... but nothing is really free... as we do pay for everything one way or other...

@Gary_EL, could not agree more it would be nice
Reply  |  Post Message  |  Messages List  |  Start a Board

@StephenR232, I would say from security point of view is a bit scarry... as you have a question how secure is your phone data...
Reply  |  Post Message  |  Messages List  |  Start a Board

@Gary, I think the real question is not whether another o/s replaces Windows but whether thin computing model replaces fat clients. If all your device needs to run is a browser to access all applications, that changes everything.

But server side licensing still presents a problem, regardless of whether you take out end use o/s. Think file serving or print serving from Windows server, including using Sharepoint. You have to buy user or device CALS to use those services, regardless of whether all you clients are actually Chromebox or Windows. Current cloud pricing is way more expensive than Windows CALS for file serving. I'm not aware of any cloud solution for print serving. But if it exists, I'm sure it also more expensive than a one time CAL purchase.

Those are the issues that have to go away before your dream of no Windows becomes a reality. :-)
Reply  |  Post Message  |  Messages List  |  Start a Board

Won't it be wonderful if end users finally have a alternative to whatever Microsoft decides to shove down our throats!
Reply  |  Post Message  |  Messages List  |  Start a Board

Does this mean no more local storage on phones or a phone OS your laptop. Neither one sounds great
Reply  |  Post Message  |  Messages List  |  Start a Board
Editors' Choice
Hot Topics