Amazon offers its latest streaming device for just $19 to Amazon Prime members for a two-day period.

After reporting a disappointing third-quarter net loss of $437 million and a $170 million charge on its slow-selling Amazon Fire smartphone last week, Amazon has some incentive to raise prices. It's doing just the opposite with its Fire TV Stick, offering the HDMI device to Amazon Prime members for just $19 for the next two days. It's also offering a 30-day free trial of Amazon Prime, so anyone can take advange of the discounted price.

Fire TV Stick is regularly $39, four dollars more than the $35 suggested price of Google's Chromecast, which presently sells on Amazon for $28.32.

[There are lots of email apps out there. Read No Google Inbox Invitation? Try These Instead.]

Although Amazon is clearly aiming to compete with Chromecast on price, it claims to beat Google's hardware in technical specifications. The Fire TV Stick includes a dual-core Broadcom Capri 28155 processor, 1 GB of RAM, 8 GB of storage, dual-band/dual-antenna WiFi (MIMO), and Bluetooth 3.0. 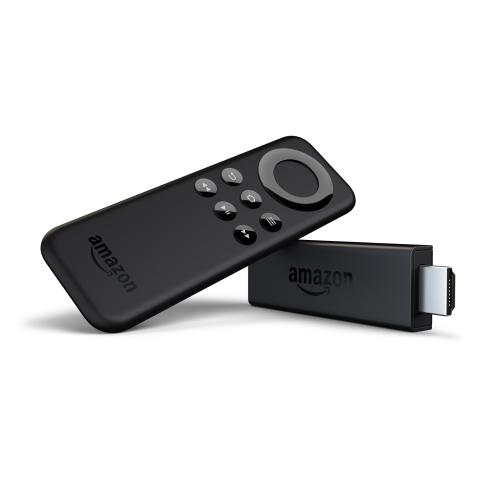 Amazon's device isn't purely a Chromecast clone. It also includes a few novel features such as Advanced Streaming and Prediction (ASAP), which attempts to predict movies and TV episodes that users are likely to watch -- presumably based on past viewing data -- and then buffers the shows so they can be played without delay.

In a June report, Park Associates said that 22% of US broadband households use Chromecast the most, even as it observed that Chromecast use has been declining. Based on FCC filings, Google appears to be preparing to introduce a second-generation Chromecast soon.

Recently announced plans by HBO and CBS to make their video content available online, without a cable subscription, should enhance the appeal of streaming devices while simultaneously undermining the ability of content providers to impose licensing restrictions that limit their content to specific screens.

Amazon's Fire TV Stick is available now for pre-order and is expected to ship on Nov. 19.

Thomas Claburn has been writing about business and technology since 1996, for publications such as New Architect, PC Computing, InformationWeek, Salon, Wired, and Ziff Davis Smart Business. Before that, he worked in film and television, having earned a not particularly useful ... View Full Bio
We welcome your comments on this topic on our social media channels, or [contact us directly] with questions about the site.
Comment  |
Email This  |
Print  |
RSS
More Insights
Webcasts
Zero Trust for a Work-From Home World
Nip Ransomware in the FUD: Detecting Attacks Pre-Encryption
More Webcasts
White Papers
Why Add Security to Your Skill Set and How to Do It
Sunburst: Impact and Timeline
More White Papers
Reports
The State of DevSecOps Report
Assessing Cybersecurity Risk in Todays Enterprises
More Reports

What does it mean to be a "Fire TV Stick-equipped TV?" Is this something most TVs can handle, or does it take Amazon cutting deals with TV-makers?
Reply  |  Post Message  |  Messages List  |  Start a Board

The $19 campaign price should give Chromecast a run for its money.  In my opinion, the consumer can't go wrong with either, however, given the anti-consumer sentiment of the Aereo decision, I expect it to have far ranging adverse implications for anything that streams content without the blessing of the National Cable & Telecommunications Association.
Reply  |  Post Message  |  Messages List  |  Start a Board
Editors' Choice
Hot Topics