50%
Tweet
The sagging and crowded tablet market has proven challenging for Amazon to break into, leading the company to target the low-budget market.

Online retail giant Amazon is purportedly planning to release an ultra-budget tablet device from its Fire line of devices after having struggled to compete in the tablet marketplace, according to a report in The Wall Street Journal.

The report, which quoted unnamed sources familiar with the matter, said the 6-inch tablet would be released in time for the lucrative holiday shopping season and be priced at only $50 -- half the price Amazon charges for its cheapest tablet, the 6-inch Fire HD.

In an effort to hit the $50 price point and still be profitable, Amazon will have to drop or reduce the quality of certain features, according to one source, by removing a stereo speaker and replacing it with a mono speaker.

The source also revealed that Amazon CEO Jeff Bezos originally wanted both the company's Kindle e-reader and the Fire tablet to have a $50 price point, but the technology behind the Kindle's screen made that impossible.

"Will people tolerate a potentially inferior experience just because a tablet is $50?" Frank Gillett, a Forrester Research analyst, told the paper. "Amazon has to be very careful about what they're giving up to get to that low price point." 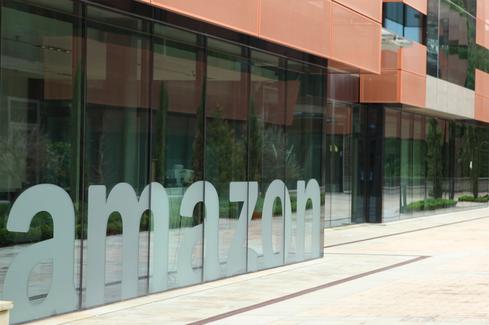 Amazon already markets at 7-inch Fire HD tablet for $99, and the company has focused on its huge content library as a main selling point, though that hasn't appeared to connect with consumers.

The company also faces competition from a variety of low-cost tablet manufacturers like Asus and Lenovo, which offer better quality screens and processors for comparable prices.

Overall, the tablet market faces challenges from smartphone makers, who have been steadily increasing the sizes of their screens and provide the versatility that users who consume mobile video content are looking for. The rise of phablets, a combination of tablet and phone, is an example of this desire.

A July report from IT research firm IDC found the worldwide tablet market declined 7 % year-over-year in the second quarter of 2015 with shipments totaling 44.7 million units.

Amazon didn't even crack the top five ranking of vendors, which was dominated by Apple and Samsung. Apple alone controls nearly a quarter of the market, followed by its Korean rival with 17%.

Owing in part to limited hardware innovation and lackluster vendor portfolio updates, the market also declined 3.9% compared to the first quarter of the year.

However, the report also noted things could change if tablet makers explore new form factors and productivity features, something recent releases from Lenovo and Acer offer.

Lenovo, the number three player in the tablet market, released the Yoga Tab 3 and Yoga Tab 3 Pro at the IFA convention in Berlin earlier this month -- the Pro boasts a built-in 70-inch projector and four front-facing JBL speakers.

Market leader Apple is also rumored to be updating its iPad line of tablets with the iPad Pro, which could feature a huge 12.9-inch screen, differentiated software, an improved keyboard, and split-screen multitasking capabilities.

Nathan Eddy is a freelance writer for InformationWeek. He has written for Popular Mechanics, Sales & Marketing Management Magazine, FierceMarkets, and CRN, among others. In 2012 he made his first documentary film, The Absent Column. He currently lives in Berlin. View Full Bio
We welcome your comments on this topic on our social media channels, or [contact us directly] with questions about the site.
Comment  |
Email This  |
Print  |
RSS
More Insights
Webcasts
Building a Strategy for Detection and Response
Chatbots for the Enterprise
More Webcasts
White Papers
Calculating the Cost Savings of Simulation-Based Cybersecurity Training
Crack Down on Password Sharing with IP Intelligence and Human Insight
More White Papers
Reports
[Report] DevSecOps & Secure App Delivery: What's Working & What's Not
Black Hat 2019 Hacker Survey Report
More Reports

I think the 6" tablet might fall into a fad category but tablets as a whole, I agree with you.  I comment here fairly often about the one I carry but it's not a $50 niche device.  I really do think that we'll see a shift in the not too distant future away from voice contracts on mobile devices and as limited as Bluetooth headsets are I think we'll start seeing more solutions along those lines used with small tablets to make voice calls.
Reply  |  Post Message  |  Messages List  |  Start a Board

I hardly see tablets as a fad, at least not for a good long while. However a 6 inch tablet is only going to appeal to a few people, mostly those that don't have a smartphone. With the larger screens of smartphones coming out a 6" screen is hardly anything to write home about. Targeting the bargain shopper who won't buy something at $99 and giving them less for $50 is tricky business. I'm not sure they are going to be able to pull this off.
Reply  |  Post Message  |  Messages List  |  Start a Board

It's interesting that you call them a fad technology.  I see them as a gap technology.  I suspect what will happen is that phablets and tablets will become one in the same over time as voice calling detaches from cellular voice services and becomes VOIP based over cellular data services.  I think the 6" tablet is getting down to the size where using it for a smart phone replacement is within reach.  A $50 tablet probably isn't the answer there and I'm not really sure what Amazon thinks is going to make people jump at that price point unless they are hoping for impulse buys and then people returning them to get the 7" version when they realize they do want a little beefier tablet.
Reply  |  Post Message  |  Messages List  |  Start a Board

While I don't think tablets will ever truly disappear, they do feel like a bit of a fad technology. In certain spaces they are incredibly useful, but they're no better than laptops for simple web browsing, especially when so many of those can fold into tablet form nowadays.

Indeed, I see tablets going the way of netbooks once augmented reality becomes more common place. When you can see a screen anywhere, why would you need a hardware device for it?

In the mean time, having a low cost solution isn't a bad idea, but tablets tend to be more premium orientated, so I'm not sure such a cheap solution with naff hardware is a great plan.
Reply  |  Post Message  |  Messages List  |  Start a Board
Editors' Choice
Hot Topics