In a crowded smartphone market, sales of Amazon's Fire smartphone just weren't hot enough for the company to continue its existence.

On the heels of Apple's massively publicized iPhone 6S event, online retailer Amazon quietly confirmed that it has no plans to continue making its Fire smartphone, following lackluster sales.

The company's Web page for the Fire smartphone lists both versions of the Fire -- the 32GB and the 64GB -- as currently unavailable.

"We don't know when or if this item will be back in stock," according to Amazon's Web page lists.

Although the smartphones have been listed as unavailable since August, it was the tech blog Geekwire that brought the listing to wider attention, which was followed by a Sept. 9 Fortune article confirming the company's plans to abandon the Fire smartphone project. 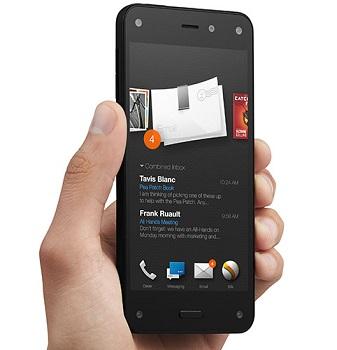 "We sold through our inventory of the Fire phone in the U.S. and globally, and we do not plan to replenish stock at this time," an Amazon spokesperson told Fortune in an email. "We'll continue supporting our Fire phone customers."

Launched in the summer of 2014, the Fire faced an uphill battle for smartphone marketshare from the beginning, with many critics declaring the phone a flop upon release.

The Fire was available only through AT&T. It sported a hallmark feature called Dynamic Perspective, which uses four front-facing cameras and a gyroscope to track a user's movements while the operating system adjusts the user interface so that it gives the impression of depth and 3D.

In October of that year, Tom Szkutak, Amazon's chief financial officer announced the company had taken a $170 million write-down thanks to the Fire smartphone.

The end of the Fire smartphone's production is not the only area where Amazon is making adjustments to its hardware portfolio. The Journal reported earlier this week that the company is planning an ultra-budget Fire tablet priced at just $50.

[Read about Amazon's IT services.]

Amazon's cheapest tablet currently is the 6-inch Fire HD, which retails for $100. The tablet the company is currently working on would have the same size screen but some cheaper components in order to drive the price down -- for instance a stereo speaker instead of a mono speaker.

Amazon's success in the hardware space may have less to do with the quality of hardware components -- though that is important -- than it does with the ease with which users can access the company's vast library of media content, including original programming.

Amazon is also offering its tablet buyers a free month of Prime, its premium streaming offering that also allows users to download some content, and Prime Music, which gives members unlimited, ad-free access to over a million songs, hundreds of custom-built playlists, and personalized stations with unlimited skips.

Nathan Eddy is a freelance writer for InformationWeek. He has written for Popular Mechanics, Sales & Marketing Management Magazine, FierceMarkets, and CRN, among others. In 2012 he made his first documentary film, The Absent Column. He currently lives in Berlin. View Full Bio
We welcome your comments on this topic on our social media channels, or [contact us directly] with questions about the site.
Comment  |
Email This  |
Print  |
RSS
More Insights
Webcasts
Building the SOC of the Future: Next-Generation Security Operations
ROI and Beyond for the Cloud
More Webcasts
White Papers
A Technical Deep Dive on Software Exploits
The Value of Threat Intelligence with DomainTools: Identify Threats 82% Faster
More White Papers
Reports
How Data Breaches Affect the Enterprise (2020)
Special Report: Understanding Your Cyber Attackers
More Reports

@Thomas, I like that...remote control for shopping. I get so much delivery that I think that my desktop is big remote control. lol
Reply  |  Post Message  |  Messages List  |  Start a Board

I just found it amusing that the benefits they promoted actually benefitted Amazon, not the user. Bad planning.
Reply  |  Post Message  |  Messages List  |  Start a Board

Good point. I didn't even consider the updates. Yes, how often would the technology improve? And how good was the customer service? So true.
Reply  |  Post Message  |  Messages List  |  Start a Board

Amazon can't succeed as a hardware seller when the preception is that its products are better for Amazon than they are for its customers. The Kindle is an exception in that Amazon is actually providing a valuable service and it was early to market. The mobile phone however is more than a remote control for shopping.
Reply  |  Post Message  |  Messages List  |  Start a Board


Exactly it did not ever discuss the benefits of the phone it just made the phone seem like an access point to the website. It was a huge marketing misstep. It's the right move to leave the market it's just unfortunately for all the people that bought the phonaeand are now left with an abandoned device. They should at least offer these people a credit of some sort or it will certainly impact their future product introductions.

I think that's exactly what turned a lot of folks off the device.  There was an assumption that this would basically be a gateway for Amazon to push more products and services, and as a result, it would limit the functionality of the device.  Additionally, when it comes to OS, for me personally, when I see so many versions of Android devices coming out, I worry that there will be no updates on the OS after it's initial launch, or minimal product evolution.  I really don't want a phone that will be outdated the minute a new version of Android comes out.
Reply  |  Post Message  |  Messages List  |  Start a Board

I thought it was amusing that the company tried to sell the phone by promoting 1 free year of Amazon Prime and easy buying with an Amazon icon right on the homepage.
Reply  |  Post Message  |  Messages List  |  Start a Board
Editors' Choice
Hot Topics