Sure, Brimelow insists that his statement was an expression of his opinion rather than Adobe's, but anyone who has been following the hostilities since open warfare between the two companies broke out in January understands that most of the people at Adobe resent the way Apple has treated the company and its products.

All the ad campaign does is underscore how disingenuous marketing can be and how ill-equipped Adobe is to challenge Apple. Apple is all but immune to public pressure. Witness how it has refused for years to bring out a real two-button mouse.

It's hard to feel sorry for Adobe however. The company for years has coasted on the revenue from its Creative Suite line. It grew complacent. Worse still, it picked the wrong side back when Jobs returned to Apple in the late '90s and sought Adobe's help. And the real technical shortcomings of Flash haven't helped.

Apple knows how to deliver payback. 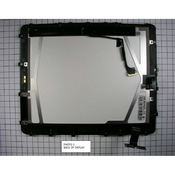 (click image to view gallery)
Inside Apple's iPad: FCC Teardown Photos
At the same time, Apple's vision of permission-based computing is paternalistic in the worst way.

Benjamin Franklin's oft-cited quote about political liberty -- They who can give up essential liberty to obtain a little temporary safety, deserve neither liberty nor safety -- applies just as well to technological liberty.

I can only hope that Google's more tolerant stance, which allows Flash to exist, prevails. Let market forces rather than a Jobsian decree decide Flash's fate.

In the meantime, Adobe had better get its HTML5 development software to market soon.

Black Hat USA 2010 presents a unique opportunity for members of the security industry to gather and discuss the latest in cutting-edge research. It happens July 24-29, in Las Vegas. Find out more and register.

We welcome your comments on this topic on our social media channels, or [contact us directly] with questions about the site.
Comment  |
Email This  |
Print  |
RSS
More Insights
Webcasts
People Are The Most Important Part of Autonomous SOC
Optimizing App Performance in the Cloud
More Webcasts
White Papers
Why Add Security to Your Skill Set and How to Do It
New Cybersecurity Paradigm
More White Papers
Reports
Accelerate Threat Resolutions with DNS
2021 Top Enterprise IT Trends - Network Computing
More Reports

11 Ways DevOps Is Evolving Lisa Morgan, Freelance Writer,  2/18/2021
White Papers
Why Add Security to Your Skill Set and How to Do It
Improving Security by Moving Beyond VPN
Intelligent Outcomes Are Key to Business Resilience
Understanding Credential Abuse Attacks: A Real-World Example
Balancing Hybrid Storage as Part of a Hybrid Cloud Data Management Strategy