Tablet sales have fallen, but interest in detachable devices is on the rise. Could one of these hybrids replace your PC? Here is a look at 9 options. 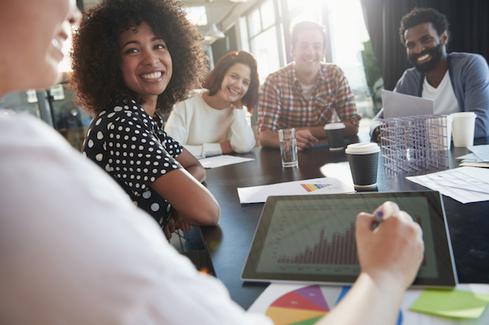 The tablet market is in trouble. A new report from IDC shows tablet shipments hit 39.6 million during the first quarter, which marks a 14.7% drop year-over-year.

In the months when slate sales have been in constant decline, the demand for detachable tablets has risen. Hybrid devices like the Microsoft Surface that are equipped with a compatible keyboard have seen significant growth.

Microsoft started the detachable tablet trend when it launched its Surface product lineup. The company has unveiled several iterations of the Surface and Surface Pro, which were most recently updated with the Surface Pro 4 and Surface Book in October 2015.

Several tech companies have recognized the appeal of these hybrid devices and followed Microsoft's lead. Smartphone makers including Samsung and Huawei have begun to release detachables in an effort to break into the growing market.

IDC claims the growing popularity of these hybrid devices should give traditional PC makers reason for concern. There is tremendous potential for the detachable tablet market to grow, especially as PC sales continue to slide and businesses consider replacing PCs with smaller, more mobile devices.

The competition among detachable tablet makers is only in its early stages, but there are already several devices on the market powerful enough to replace the PC. Here, we spotlight nine of these hybrids.

Do you already use a detachable tablet? Would you consider replacing your traditional PC with one of these models? Have we missed any detachables in this roundup? Feel free to share your thoughts in the comments.

Comment  |
Email This  |
Print  |
RSS
More Insights
Webcasts
Key technology trends in 2021 - Making these technologies work for your business
People Are The Most Important Part of Autonomous SOC
More Webcasts
White Papers
Why Add Security to Your Skill Set and How to Do It
Stop Malicious Bots For Good: How Better Bot Management Maximizes Your ROI
More White Papers
Reports
Are Unprotected Cloud Databases Leaking Your Data?
DNS Network Traffic Volumes During the 2020 Pandemic
More Reports

The Surface Pro is not a tablet the way the iPad is. In fact MS asks you to compare the SP with the MacAir which is a laptop. The SP uses Win10, not an iOS system. They also have ports and advanced processors. So it does not surprise me that you are able to do so much with a SP. It is basically a laptop with a removable keyboard. The Apple version cannot do all this without a klugie setup and even then i dont think you can do as much.
Reply  |  Post Message  |  Messages List  |  Start a Board


I have a HP Split and I never split it.   I thought it could possibly replace my PC, but I was wrong about that.

Eagle, One of the many HP 2-in-1s is included on the list.  Would you prefer the article to be "9 Detachable HPs To Replace Your PC"
Reply  |  Post Message  |  Messages List  |  Start a Board

One size fits All - It is a misconception for most people are of different likes and dislikes.  As far as the tablet being dead, you are way off base there for Apple will never change its ways.  Whereas PC individuals are more inclined to change with the wishes of most Laptops and now the 2 in 1's as I prefer to call them.  These babies come in multiple sizes as far as screen size.  These can be used by the "I must have a honest keyboard and not a screen keyboard" and yet they can be used by those who like the feel of a tablet but just with a larger screen.

"IDC claims the growing popularity of these hybrid devices should give traditional PC makers reason for concern."

No, hybrids, detatchables, 2-in-1s or whatever you want to call them actually offer traditional PC makers an opportunity to diversify their product mix.  This market segment seems to be the only one with increasing sales.

I'm sorry I don't get it.  I just don't get the pad.  Over the years I've bought pads, tablets, convertibles, etc. ...and end up never using the tablet/pad by itself.  I can type and when I use a computer I'm almost always producing content ...even if it is just ordering a sweater.  Why in the world would I want to thumb around on a screen to make that happen? IMHO: Give me a nice powerful notebook--and let's stop the madness.
Reply  |  Post Message  |  Messages List  |  Start a Board

I would disagree with this as I sit at my desk with my Surface Pro 4 in its dock, driving two 24 inch monitors. When on the road, it serves laptop duty just fine. When at home and just sitting around, the keyboard is removed and it is used as a tablet. When docked or with the keyboard attached, I have Outlook opened for email. But when the keyboard is removed, I use the native Mail app connected to the same Exchange Server as well as a Gmail account.


For real software application use while docked or in laptop mode with the keyboard attached, it does just fine. I may have SQL Server Management Studio open at any time as well as Visual Studio. I also have Adobe Creative Cloud installed and run Photoshop, etc.


We have deployed SP3's and SP4's to all of our sales engineers which replaced their aging laptops. Besides the typical Microsoft Office needs they have, they also need to run a variety of industrial software application to interface with equipment. Sometimes this software is not supported and/or cannot be installed on Windows 10. In that case they have VMWare Player installed and run a Win7 or WinXP VM. When back in the office, they drop into their dock and use as a desktop.


Granted, this may not be the right situation for all. But it certainly works for us as a single device to use.
Reply  |  Post Message  |  Messages List  |  Start a Board

They are all very nice but for business use i can't see a tablet replacing my laptop. I don't think there is one device that can do it all for everyone. There is a small market for tablets. I've seen them show up in great numbers in restaurants now for taking orders. They are good in hospitals for staff to deal with patients. But for a regular business where you need to do work on standard applications and not apps, the laptop is the way to go.
Reply  |  Post Message  |  Messages List  |  Start a Board
Editors' Choice
Hot Topics