There's never been a better time to buy a smartphone. These five stood out from the pack.

Some might argue that 2014 saw more evolutionary improvements in smartphone development than revolutionary ones. Even if that assessment is accurate, the last twelve months have delivered the most advanced and exciting handsets ever. While phone makers played it relatively safe in terms of design, they blazed new paths with technology that should become more widely available as we move into 2015 and beyond.

The best of the best represent forward thinking on the part of OEMs and the wider industry. Each of these handsets is available from US carriers and offers cutting-edge capabilities.

The success of Samsung's Galaxy Note line of phablets reverberated throughout the industry in 2014. Now every major smartphone maker offers a big-screened device. The most impressive is the Note 4, Samsung's ultimate multitasking device. The Note 4 is well-designed, beautifully made, and offers a staggering array of productivity tools. It's one of the first to jump to a quad-HD screen (2560 x 1440 pixels). Its S Pen stylus is more powerful than ever, and the 16-megapixel/4K camera produces Hollywood-worthy results. The Note 4 is pricey, but you get what you pay for.

LG's flagship G3 deserves a spot in this list, if only for its quad-HD screen, which is the best display fielded by any phone-maker all year. Yeah, it's that good. It offers the same resolution of the Note 4, but in a slightly smaller space -- in fact, the G3 has one of the highest pixel density displays available. LG also stepped up its software game. The G3's light user interface skin is superior to Samsung's overly busy TouchWiz UI. One of the most refined and classy-looking devices out there, the G3 offers epic battery life, a great camera, and novel tools for interacting with the screen. It's LG's finest effort.

The same is true of Sony's Xperia Z3. The Z3 marks the pinnacle of handset evolution from Sony. It takes everything good about the Z1, Z1s, and Z2 and improves on all fronts. The full HD screen is Sony's best, as is the 20.7-megapixel camera. It doesn't hurt that the metal-and-glass design is sleek, and as an added bonus, waterproof. Sony went all out with its software. The Z3 can hook up with Sony's popular PlayStation 4 gaming console for remote play. The Xperia Z3 is an excellent handset that delivers the goods.

Motorola's Moto X may not be the most advanced handset of the year, but it is among the most useful. On a spec-for-spec basis, it is on par with other flagships. It offers something the others don't, however: user-designed exteriors. Consumers can use Motorola's website to custom-design their own Moto X handset, giving it a unique look and feel. How many smartphones out there offer polycarbonate, wood, or leather (yes, we're talking pigskin) options? Beyond the unique hardware, Motorola's near-to-stock treatment of Android is one of the best available. Its software innovations include Active Display for notifications and an always-listening version of Google Now. The Moto X even one-ups Motorola's own Nexus 6 handset. 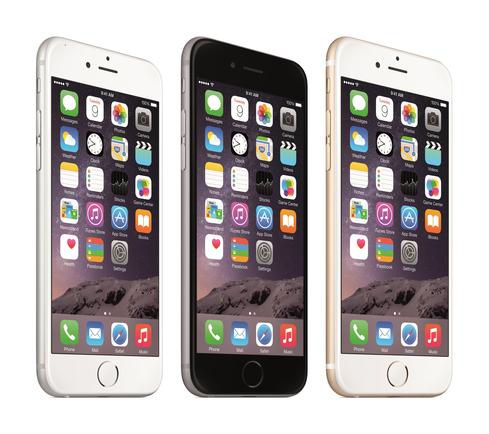 But the biggest smash of the year comes from Apple. Its one-two punch with the iPhone 6 and iPhone 6 Plus proves the company still has its fingertips on the pulse of consumers' desires the world over. The iPhone 6/6 Plus are the biggest and most capable handsets from Apple to date. Their most significant leap is perhaps the addition of Apple Pay for making tap-and-go payments. Though mobile payments have been around for nearly a decade, consumers are finally adopting the technology thanks to Apple's easy-to-use solution. The new iPhones offer two of the best cameras available from mobile phones, all-day battery life, and wide compatibility with Apple's vast ecosystem of apps, games, and accessories.

Eric is a freelance writer for InformationWeek specializing in mobile technologies. View Full Bio
We welcome your comments on this topic on our social media channels, or [contact us directly] with questions about the site.
Comment  |
Email This  |
Print  |
RSS
More Insights
Webcasts
Securing and Monitoring Networks in the 'New Normal'
Strategies for Success with Digital Transformation
More Webcasts
White Papers
5 Steps to Zero Trust in the Data Center
From MFA to Zero Trust
More White Papers
Reports
The State of Threat Detection and Response
Evolution of Ransomware Gangs
More Reports

I think the only thing that keep iphones to be a true success is their bendgate scandal.  I do prefer the Iphone 5S.  A friend of my told me that the new iphones  are easy to crack and the cell phone career guarentees a new one after the first break.  I have heard Samsung phones are more durable and don't bend in your pocket.
Reply  |  Post Message  |  Messages List  |  Start a Board


Thanks Eric for the list.   I think most love phones in general, whether you use all the bells and whistles or not and the new models always make you take a double take at your own.    I won't be buying one anytime soon though since my Samsung Note II (?)  is still going strong - not to mention it is paid off ! : )

I am not really surprised with this list. Isn't what we suppose to expect from all of these big companies? (Hello Microsoft are you there?)
But the way, I count 6 phones, not 5.
Reply  |  Post Message  |  Messages List  |  Start a Board

I personally use all the three flagship platforms, and I have to say, although the android is really customizable and looks flashy, but for basic use and office work I find the iPhone better on all fronts, the camera is better, the design is eye catching. Nothing to complain basically, I have heard the new iPhone bends, but I haven't had that problem because I use an iPhone 5. Also I love the windows for its free flowing design.
Reply  |  Post Message  |  Messages List  |  Start a Board

They don't bend, but Samsung phones, they are filled with bloatware, which I don't like. I like the Asus ZenUI and the basic Motorola UI. So much better. It also frees the RAM for extra use.
Reply  |  Post Message  |  Messages List  |  Start a Board

Why does Apple steal the show everytime ? with that 'bend' feature initiated, I was was expecting much less sales but still a no. Feels like people are huge fans of Apple products.
Reply  |  Post Message  |  Messages List  |  Start a Board

Regardless of which company manufactures them, smartphones are just overpriced gadgets that will soon break and/or its tech obsolete eighteen months after purchasing it.  In my experience, the difference between an $800.00 smartphone vs. a $99.00 is a savings of $701.00 in my pocket instead of the made in China piece of crap manufacturer.
Reply  |  Post Message  |  Messages List  |  Start a Board

So Apple, Motorola, Samsung and LG all made it to the top. I am actually surprised that Huawei and HTC could not make it to top. If I am recalling correctly, I saw Huawei claiming world's slimmest smart phone. Huawei is now #3 in phone market. Perhaps their falgships are not doing as well as competitor's.

> but Samsung phones, they are filled with bloatware,

Sachin, this is a BIG problem with Samsung phones. I dont see why they dont get it. If they fix it, Samsung phones can be lighetning fast due to better specs. With the bloatware pre-loaded and inability to remove or any permanently pre-loaded softwares, Samsung phones and tablets strip themseves of any decent user experience just three months down the road. Seems like company is fond of continuing to shoot itself in the foot. Instead of stopping the shoot, it is making better and better foot.