Microsoft's Surface Pro and Surface RT tablets, despite their merits, aren't exactly selling like hotcakes. Here's what Microsoft might do to change that. 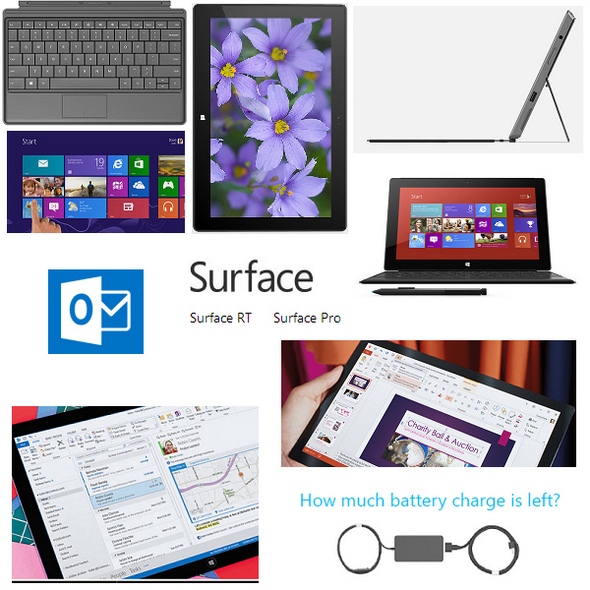 When it comes to tablets, Microsoft is the scrappy underdog. The company shipped a combined 900,000 units of its Surface RT and Surface Pro slates in the first quarter of 2013, according to the latest global estimates from research firm IDC. Most of those were Surface Pro units -- the business-oriented model that runs legacy Windows programs -- that just began shipping in February. The numbers were good enough to earn Microsoft the 5th spot in IDC's list of the Top 5 tablet vendors, but a closer look at the Surface stats shows a less upbeat scenario.

For instance, IDC reports that combined shipments (from Microsoft and its hardware partners) of Windows 8 and Windows RT tablets in the first quarter totaled just 1.8 million. Remember, half of those were Surface tablets. Apple, by comparison, shipped 19.5 million iPads in Q1, and Samsung shipped 8.8 million of its various tablet models. To be fair, Microsoft's 5th place spot isn't bad considering the Surface's newness, and IDC reports that Redmond is in the process of widening the tablet's distribution.

Microsoft's tablet strategy faces several hurdles, however, including a troubling lack of interest from both consumers and OEMs in the ARM-based Windows RT platform. From a U.S. consumer's perspective, the Surface RT's $499 entry-level price may simply seem too high, particularly when competing large slates like the Amazon Kindle Fire HD 8.9-inch and Google Nexus 10 start at $269 and $399, respectively, albeit with less storage (16 GB each vs. 32 GB for the Surface RT). Apple's older iPad 2 starts at $399, and its 4th-generation full-size model is $499 and up.

If it's true that the Surface Pro is selling but the more iPad-like Surface RT isn't, what should Microsoft do? Rumors have swirled for weeks about the fate of Windows RT, many with an apocalyptic bent. Despite the fact that RT is a well-designed tablet OS -- ignore the relative dearth of apps for a moment -- its Windows Lite architecture is a big migraine from a marketing perspective. Perhaps it needs an identity -- or at least some UI changes -- that distinguish it from Windows 8. When store clerks have to explain the difference between Microsoft's two identical-looking tablet OS's, well, nothing good can come from that.

We've come up with 10 steps that Microsoft might take to boost interest in the next generation of Surface RT and Surface Pro tablets. Some suggestions are based on current rumors; others are inspired by current trends in the marketplace.

If you were Microsoft, what would you do?

Even at a lower price the Surface still doesn't compete. An ugly child is still an ugly child regardless of price.
Reply  |  Post Message  |  Messages List  |  Start a Board

yeah but eventually Windows XP showed up but I don't think the market will wait another nine years for a viable Surface product to show up.
Reply  |  Post Message  |  Messages List  |  Start a Board

Nail on the head here. Surface is at least six year old technology and getting older by the minute. Its behind the curve on every feature and function of competing tablets.
Reply  |  Post Message  |  Messages List  |  Start a Board

What 10 things should a mother do about an ugly baby? That's the problem Microsoft faces. Not really much it can do except find a plastic surgeon and don't allow the parents to have anymore kids.
Reply  |  Post Message  |  Messages List  |  Start a Board

I like my Surface Pro. I finally don't have to pack a laptop and a tablet on every road trip I take. I think laptop users miss that one key attribute. One thing MSFT could do is better advertising that actually shows what the Surface can do. I'm tired of seeing a coregraphed dance routine of people play with their kickstand and circle a pie chart with the pen. The ad does nothing to show its capabilites and got old quick.
Reply  |  Post Message  |  Messages List  |  Start a Board

Apparently, the author does not travel much. Here is what Surface has to have for me to part with my ipad. On board 4G/LTE built in - not a dongle or some other blue-tooth black box - but built that is compatible with the major cell providers. Hotel WiFi is typically unusable due to the demand and 4G/LTE is a "lifesaver" in those instances. Next is a high res screen, this low-res 1366x768 does not cut it. Couple those features along with industry standard connectivity (USB 3) and native compatibility with Office docs - you have a compelling combination in my opinion. This crap related to a tablet stand (that's what a hotel guide is for) and other spurious "must have" features is nonsensical to a road warrior. My 2 cents as someone who spends 26 weeks a year on the road.
Reply  |  Post Message  |  Messages List  |  Start a Board

Information Week only had one important New Year's Resolution this year. '"No Slide Show Articles with out a prominent 'View-as-one-page' link." How's that working out for you so far?

On my side of the fence, as Client/customer, You aren't doing well at all. Nearly every issue, you violate me with one of your Slide Show articles.

Please, re-examine your priorities. You do know how to do it - 'View as Single Page' link. It just isn't that hard and speaks volumes about your respect and concern for your Client / Customers.

YOU HAVE TOTALLY FAILED YOUR READERS, THE MOST IMPORTANT OF WHICH IS ME!!

I have left you the above message to no avail, in various forms, for over a full year.

Back when Win3.1 came out, one of the trade rags ran a contest for the best Windows tip. Number 1 was 'Use only Windows apps' and number two was 'Dont use Windows.' In that spirit, my suggestion to improve the Surface tablets is 'Give up.'
Reply  |  Post Message  |  Messages List  |  Start a Board

Run Android? (LOL). Never gonna happen. RT runs Modern apps... which will eventually replace legacy apps brick by brick. No need for Android (native or emulated). Waste of time and resources. Full Win8 runs both Modern and Legacy. There is a strong need for legacy support. It's called "existing ecosystem" and it is huge.
Reply  |  Post Message  |  Messages List  |  Start a Board

Well the first thing they should do is adapt the devices to run Android. Microsoft is so stuck on their legacy applications, and I just dont see people getting all that excited about creating Office documents on a touch screen tablet. Android has the entire ecosystem in place and it's open source, which means Microsoft can adopt it any time it wants. They can run a down level version, a forked version, and not have to deal with Google. They could level the playing field pretty darn quick. Microsoft is already one of the larger Open Source contributors, and I know they're including Open Source in some of their products, so this would just be the next step. They could take advantage of all Android has to offer, plus they could integrate with their other offerings, and they'd be able to say goodby to all their clunky legacy software....seems like a winner to me.
Reply  |  Post Message  |  Messages List  |  Start a Board
Page 1 / 2   >   >>
Editors' Choice
Hot Topics