What Amazon Phone Could Mean - InformationWeek

Watch for Amazon's long-rumored device to usher in a new era of commerce-optimized smartphones. Call it the industry's first sell phone.
Google I/O 2014: 8 Things To Watch
(Click image for larger view and slideshow.)

When Amazon unveils its first own-branded smartphone, as it's widely expected to do at its media event Wednesday, it will open up a whole new set of opportunities to leverage its mammoth commerce engine -- opportunities that dwarf what its tablet and TV hardware currently present.

A successful smartphone would give Amazon a powerful leg up on competitors in selling a wide variety of goods and services. So watch for a repeat of the razor/blade strategy that has worked so well with its Kindle Fire tablets: price them to move and make money selling books, videos, and other content. Amazon just unveiled its home-grown streaming music service, Prime Music, and that would pair well with a smartphone.

Moreover, a smartphone would present far more opportunities for sales than tablets because consumers typically spend more time with their smartphones and carry them with them as they move about their day. Combine that with the insight that Amazon, the nation's largest e-tailer, has about how each of us research and buy goods and services, and you can begin to see the possibilities.

Let's say, for example, that you're shopping in a large retail district in a major metropolitan area. From your Web activity at home that morning, Amazon knows that you're in the market for a 40-inch flat-screen TV. So when your phone detects you walking into the Best Buy at the mall, Amazon can make you an offer for a TV at a price that the brick-and-mortar retailer can't match. A courier could pick up your new TV from a strategically located Amazon warehouse, then meet you in the parking lot and set it on the back seat.

Amazon already offers limited same-day delivery service in some areas, so it would be easy for them to cover major retail centers in this manner.

[For a look at how tech companies are trying to master the Internet of Things, see Google Fit: Another Try At Health Data?]

Amazon's rumored smartphone may turn out to be one mean shopping machine. Call it a sell phone. It's said to have multiple cameras, which would give it 3D capability. That could be used in stores to help identify products on the shelves, giving consumers a powerful comparison tool that would leapfrog barcode scanner apps like RedLaser and ShopSavvy. In turn, that would take some of the guesswork out of which TV set to offer you.

Recall that big retailers like Target and Walmart initially sold the Kindle Fire, but stopped carrying the tablet when they realized that what they were carrying was a device that snagged from them future sales of music, video, and other goods and services. 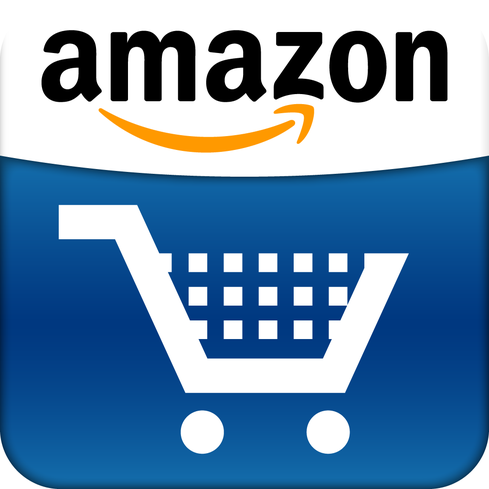 This time, retailers will have to fight back against an Amazon smartphone another way, because they won't be able to keep this pocket-able Trojan horse out of their stores.

There's no denying that stealing sales from the big-box retailers from a perch inside our pockets would be a ruthlessly cutthroat maneuver. But Apple, Google, and other tech titans are already doing that to Amazon. When you take that into account, then an Amazon-branded phone begins to look less like an attack and more like a defensive tactic.

In that sense, then, Amazon can't afford not to come out with its own phone. If it does, it risks losing sales to companies that control your smartphone and other "last-inch" devices that deliver information to us.

This isn't a new idea -- and it's certainly not new to Amazon. I wrote about the need for Amazon to produce its own-branded smartphone two years ago, when rumors of an in-house device first surfaced.

A smartphone won't mean that Amazon's worries are all over. It will help to have some control over the three major devices that deliver us content and commerce. And it's great that it continues to develop compelling content to grab our attention, as well as a best-of-breed commerce engine to make hay out of that.

Going forward, Amazon will have to develop some of its own last-mile delivery services, which is the one piece of the experience that it doesn't now control. Google gets that. It's developed its own Internet service, Google Fiber. It's up and running in a few metropolitan areas, with plans to expand to as many as 34 more cities nationwide.

There have been rumors to suggest that Amazon gets it too. Word is that it's been experimenting with wireless services here and there.

It had better. The best services and the best commerce engine are worthless if you can't deliver them to your cool new smartphone whenever consumers want to tap into them. Just ask Netflix.

Customer adoption of mobile banking -- whether they bank by smartphone, tablet, or laptop -- has increased exponentially. Join Bank Systems & Technology for a free 60-minute webinar, What's The Right Approach For Delivering Mobile Apps?, to get ideas about how banks can effectively deliver new mobile applications that will engage customers and drive growth. Webinar happens June 26.

i think amazon has a huge challenge because although they would provide an specific amazon experience to user via their smartphone.  the smart phone market is already saturated with other competitors the likes of apple and google. I'm very interested to see how they would try to make their mark in this market.
Reply  |  Post Message  |  Messages List  |  Start a Board

That's certainly true. However, the last thing Amazon wants is to be equated with Walmart in the upscale consumer's mind. I know I have seen opposition to Walmart opening in some towns out of fear that it will kill downtown and sink small businesses. One day, people woke up and realized that there are no more independent bookstores. Amazon's fault?

I'm not saying that's necessarily fair -- ebooks in general and the recession contributed. But often perception is reality.
Reply  |  Post Message  |  Messages List  |  Start a Board


@ Villandra: I think if someone is going to buy phone specifically for its cheap price in exchange of accepting their ads, they will later try figure out the way to get rid of those ads. Also, I guess amazon would not want give phone at throw away price in exchange of blind promotion. I think the price of phone would be normal in relation to specs, but the discount would be compensated somewhere in business coming through those phones

@ Lorna: Sounds true. But I think in the short-term it has increased the competition and lead to better prices for consumers, and this is what buyer usually seek. Very few buyers cares about going some businesses out of business when they are offered 20% savings.

Yep, a deal on hardware only gets you so far. How can Amazon work around pricey data plans? Build its own? Maybe eventually. Also, the Amazon app store is weak, at least compared to Apple and Google. I'll reserve judgment until the product is actually unveiled, but it's up against a lot barriers, in theory.
Reply  |  Post Message  |  Messages List  |  Start a Board

I have long believed that both Amazon and Facebook need branded smartphones. Many have disagreed, but I still have an affinity for hardware. I still think that it is important.

For Amazon, the opportunity is obvious: it would be like having a price comparison machine in a user's pocket. For Facebook, it's all about hardware control, messaging and more data than ever before.

I think these companies both will do well to offer their own phones.
Reply  |  Post Message  |  Messages List  |  Start a Board

@Lorna good point. One has to remember what people will expect to be able to do on their phones.
Reply  |  Post Message  |  Messages List  |  Start a Board

Let's face it, the price of the phone itself is a small part of the decision. Over 24 months, the difference between $50 and $100, or even $150, is minor. The lion's share of the cost is in the data plan. If Amazon figured out how to get around 3/4G bandwidth limits, now THAT would be a selling point. Though as others have pointed out, it also needs the app ecosystem. No one is buying a phone that they can't run Twitter, Facebook, etc. on.
Reply  |  Post Message  |  Messages List  |  Start a Board

It makes sense to me. After all, the phone and Amazon would promote each other, and the company does promote its Prime service at every purchase.
Reply  |  Post Message  |  Messages List  |  Start a Board

Oh yeah. I've got to believe that Amazon will cross promote the phone and Prime. The Prime music service might be a carrot that helps push the phone. I wouldn't be surprised to see the phone branded with the Prime moniker - that and/or the Fire brand.
Reply  |  Post Message  |  Messages List  |  Start a Board
Page 1 / 2   >   >>
Editors' Choice
Hot Topics

10 IT Trends to Watch for in 2021 Cynthia Harvey, Freelance Journalist, InformationWeek,  12/22/2020
White Papers
Eliminate East-West Traffic Hair-Pinning
What To Consider Before Renewing Your SD-WAN
The Insecure State of Microsoft Teams Security
The 2020 Duo Security Trusted Access Report
From MFA to Zero Trust