What $100 Million AT&T Fine Says About The FCC - InformationWeek

The FCC's bruising attacks on broadband companies show its strong focus on consumers. The $100 million fine against AT&T is just the latest in this fight.

It's almost like Federal Communications Commission Chairman Tom Wheeler has something to prove. The former cable lobbyist has declared war on internet providers, almost as if to account for past sins. AT&T is the latest to feel the policy-maker's wrath.

On June 17 the FCC blasted AT&T for sneakily slowing down the wireless Internet speeds of its customers. The government wants AT&T to cough up $100 million to make up for its transgressions.

AT&T used to offer "unlimited" service. It charged customers $30 per month, and in return those customers were able to use as much of AT&T's wireless network as they wanted -- at least in theory.

Eventually, AT&T ceased offering unlimited plans as the entire industry moved to metered buckets of data. Many customers held onto their unlimited plans, however, grandfathered in under AT&T's older terms of service. AT&T eventually began targeting these customers for over-use of the network by lowering the maximum speed at which they could surf the Web on their mobile phones. 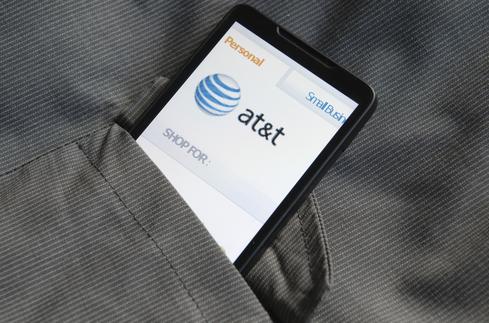 Those customers complained to the FCC in droves. The agency said it received thousands and thousands of letters from AT&T customers who felt they had been deceived by the company. The FCC took action.

"Consumers deserve to get what they pay for," said Wheeler. "Broadband providers must be upfront and transparent about the services they provide. The FCC will not stand idly by while consumers are deceived by misleading marketing materials and insufficient disclosure."

This isn't the first time Wheeler's FCC has gone on the attack.

In April, the FCC tagged Verizon with a $3.4 million fine for failed 911 services in California. That same month, the agency dinged AT&T $6.9 million for violating the Lifeline program. In January, it fined AT&T $640,000 for using some of its equipment improperly. The FCC also went after Verizon in January to the tune of $5 million for failing to connect wireless calls made in rural areas.

The agency isn't alone. The Federal Trade Commission has nailed all four major carriers in the last year with fines totaling well more than $200 million.

[Read more about Wheeler and the fight over net neutrality.]

If Wheeler's FCC has proven anything, it is that the agency plans to fight for the users.

AT&T, of course, claims it did nothing wrong.

"We will vigorously dispute the FCC's assertions," according to AT&T's statement given to several media outlets. "The FCC has specifically identified this practice as a legitimate and reasonable way to manage network resources for the benefit of all customers, and has known for years that all of the major carriers use it. We have been fully transparent with our customers, providing notice in multiple ways and going well beyond the FCC's disclosure requirements."

Lest you think the $100 million fine is rather steep, keep in mind that AT&T generated $32.6 billion in revenue during the first quarter of the year. If anything, the size of the fine clearly shows the FCC is serious about stamping about abusive behavior.

Keep it up, Wheeler. Keep it up.

@Gary_El It's funny the way things repeat. Back in the day ATT was Ma Bell and regarded as a "natural monopoly." I still recall that term from early economics books applied to the phone company. Then came the breakup and competiton, but now we're moving toward eliminated competition once again.
Reply  |  Post Message  |  Messages List  |  Start a Board

Interesting question. It should be a matter of public record what the FCC does with the money from fines.
Reply  |  Post Message  |  Messages List  |  Start a Board

That's interesting, Rman. What will the FCC do with the $100 million? It would make for a heck of a company picnic. AT&T is possibly serving as the whipping boy here but there's a need for someone, if not the FCC, then who? to act as the consumer's watchdog.
Reply  |  Post Message  |  Messages List  |  Start a Board
InformationWeek Is Getting an Upgrade!