In an effort to bring WiFi connectivity to remote corners of the globe, Ushahidi is offering a new WiFi and router combo device called BRCK. It's designed to connect to the Internet even when power sources are scarce.

What do you do when electricity is sporadic and Internet connections unreliable? BRCK is one answer.

The BRCK is a WiFi router that is completely mobile, and built with the ruggedness required to be used in the most challenging conditions. It was designed and prototyped in Kenya, where its makers -- engineers and developers from Ushahidi, Crowdmap, and iHub -- proclaimed that they wanted "a connectivity device that fit our needs, where electricity and Internet connections are problematic both in urban and rural areas."

The driving force behind BRCK is Ushahidi. For those unfamiliar with it, Ushahidi is a nonprofit organization that develops open source software, including a crowdsourced platform for people to "raise their voice," according to the company. The platform is mostly used in developing countries to communicate in case of emergencies, complain about unfair government actions, and help people to access new technologies.

BRCK offers ways for those people to get their message out.

Those of us living in the comfort of the developed world take decent Internet connectivity for granted.

However, last month, I experienced firsthand the challenges of lack of connectivity. A crane on a construction truck driving on our street knocked down a fiber optics cable, pulling connection boxes off walls and leaving several buildings without service. It took our ISP five days to bring back service to our apartment. 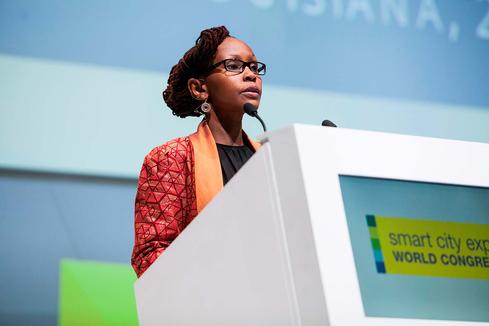 While in some Organisation for Economic Co-operation and Development (OECD) member countries there are still pockets with limited connectivity, most of the populations of these nations have the possibility of getting online easily.

Even for those who can't have fixed-line (DSL, Cable, or Fiber) broadband at home, or decide not to, citizens have the possibility of connecting to the Internet through their cellular networks, public WiFi, or at their workplace.

But for those living in the developing world, the situation is different. Most areas, especially in Africa, lag behind the rest of the world in terms of information and communication technology (ICT) readiness, and Africa has made slower progress in the past five years when compared to other regions.

The digital divide is one of the most critical problems when it comes to economic development. The availability of decent broadband connections makes advances in education, research, governance, and business development possible.

One big problem is infrastructure.

While the rollout of 3G and 4G networks is progressing rapidly in developing countries, the basic infrastructure for wired connections, especially fiber, is coming slowly. That leaves wireless networks with limited bandwidth in many areas, insufficient to serve the growing population, which is increasingly relying on mobile devices, especially traditional cellphones and smartphones, to conduct business and stay in touch and informed.

During November's Smart City World Congress in Barcelona, Ushahidi cofounder Juliana Rotich mentioned the issue of a school in Kenya, where the principal complained about the lack of reliable connections. He was mentioning the school's use of the latest technologies such as tablets, computers, and other devices, "but our problem is access to the Internet."

This gets to the problem I talked about before, namely that many African countries have limited reliable power service, especially in rural areas. That makes it more difficult for people to get online. While many mobile devices such as laptops, tablets, and smartphones can continue to work on battery power, that doesn't help if the WiFi router is dead.

That is why Ushahidi is now offering the BRCK. The designers of the BRCK wanted a device that could keep connectivity, using whatever Internet source is available in places where electricity and the Internet are unreliable.

[Find out if private enterprise WiFi is really dead.]

The BRCK is a small box containing a 2.4GHz WiFi router, an 8,000mAh battery, and cellular connectivity. It can be used anywhere as long as there is some kind of Internet service.

The specs for BRCK are as follows:

The BRCK can be connected to any existing wired Internet network, and has the ability to fall back to 2G/3G cellular data when there is a service failure, in order to keep users connected.

The internal battery, when fully charged, can provide up to eight hours of full WiFi service.

Initiatives such as Facebook's Internet.org can help a little to bring some form of Internet access, but as Rotich said in a recent interview: "I worry about [Internet.org] because in providing an on-ramp to the Internet that makes people think it is one platform or one company, we have a problem. What is the pipeline for innovation and ingenuity going to be if people think the Internet is only one thing?"

Pablo Valerio has been in the IT industry for 25+ years, mostly working for American companies in Europe. Over the years he has developed channels, established operations, and served as European general manager for several companies. While primarily based in Spain, he has ... View Full Bio
We welcome your comments on this topic on our social media channels, or [contact us directly] with questions about the site.
Comment  |
Email This  |
Print  |
RSS
More Insights
Webcasts
Nip Ransomware in the FUD: Detecting Attacks Pre-Encryption
Don't Miss This Cybersecurity Virtual Event
More Webcasts
White Papers
Trustwave Global Security Report
Accelerate Threat Resolutions with DNS
More White Papers
Reports
The State of Cloud Computing - Fall 2020
How IT Security Organizations are Attacking the Cybersecurity Problem
More Reports

Undoubtedly its an interesting product.

No Doubts about it

For that to happen(Mobile Wi-fi to become defacto solution for all Consumers);you would first have to satisfy the following conditions-

1) Governments have to stop being too greedy in the taxes& Fees they levy on Spectrum as well as Cellphone Data Plans Globally.In the US for instance,anywhere between 30%-35% of the final cost paid by Consumers on Cellphone Data plans constitutes of these fees.In some countries it can be even HIGHER.

The thing is if a Cellphone Data Provider has to pay so much in Taxes and Fees before they make any Income they are more likely to skimp on Investments neccessary to upgrade Infrastructure to provide a seamless connectivity experience for all concerned.

2)Consumers have to be prepared to adjust to what in some cases can be lower speeds because of Walls ,lack of Towers and other obstacles.

3)Websites need to be re-configured to become less data-intensive and faster to load even on variable Bandwidth requirements.

4)Defense Establishments have to be prepared to part with some more Spectrum(which in some cases they hoard unneccesarily without any due reason).

If all these conditions are met then Yes,Mobile Wi-Fi will succeed.Else not.

Mobile Wi-Fi is going to become the best solution for everyone. There are several Mobile Wi-Fi routers available on the market already, and thinking about remore places with not realiable electricity is certainly a step forward toward helping more people have a connection without too much trouble. After all, the Internet is a need at this point.

Using a Patchwork of Drones,Balloons,etc and other related infrastructure are a great-great way to bring Internet connectivity to those areas which didnt have any previously.

I am sure when it comes to last-mile connectivity solutions many more such ideas will be picked up,tried and eventually consumers will settle for what works best for them going ahead.

Lot of fluidity and flexibility in this space currently.

I don't think we are anywhere close to getting all the Answers figured out today.

I've alway wondered about using a network of drones to provide at least some limited amount of connectivity over a wide area not otherwise served.
Reply  |  Post Message  |  Messages List  |  Start a Board
Editors' Choice
Hot Topics