The Department of Transportation seeks the power to determine whether smartphone apps are a danger to drivers.

Smartphones and tablets are excellent navigational tools, and people use them often to get from Point A to Point B. Many put Google Maps or similar apps to use when behind the wheels of their cars -- a big reason such apps were created. The government contends this is a safety risk. Many of today's cars ship with in-dash navigation systems, but these are already overseen loosely by the federal government. Smartphone- and tablet-based navigation apps are not, at least not officially. That may be about to change.

Proposed legislation would give the National Highway Traffic Safety Administration the authority to regulate navigation apps used on smartphones and tablets when in moving vehicles. The language is buried in the Obama administration's larger transportation act, known as the GROW AMERICA Act, or "Generating Renewal, Opportunity, and Work with Accelerated Mobility, Efficiency, and Rebuilding of Infrastructure and Communities throughout America." Congress will soon evaluate the proposal. Carmakers support the new measures to a degree, but technology companies do not. The biggest issue may be the ability to enforce such regulation.

The New York Times cites the example of Steven Spriggs, who was ticketed for using Google Maps in stop-and-go traffic in California two years ago. California law bans the use of mobile devices when behind the wheel, but many argue using maps on a smartphone is the same as using a paper-based map (which is still allowed). The officer in Spriggs's case didn't see it that way and issued a $165 citation. Spriggs was eventually able to reverse his conviction on appeal, due to the vagaries of California law, but the case brought up questions that need answers.

Does the government have the right to regulate applications? If so, which apps? Does an app's regulatory status change depending on when and where it is used (sitting on your couch at home versus when behind the wheel of a car)? How will regulating apps affect developers and the process for submitting and reviewing apps?

[Are you sick of prying eyes watching you? See 13 Ways To Beat Big Brother.]

Right now, carmakers have agreed to broad strokes set by the Department of Transportation when it comes to how the in-dash navigation tools behave. The legislation before Congress intends to target these systems first for actual regulation. Since carmakers are already working with a set of voluntary guidelines, they aren't (too) opposed to further scrutiny. 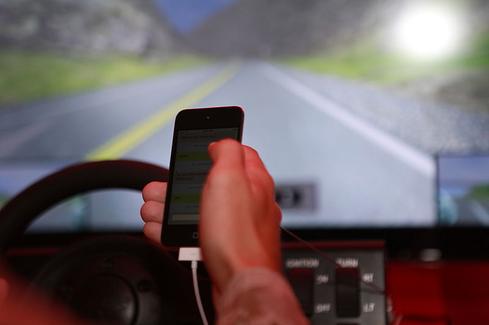 David L. Strickland, former administration of the NHTSA, believes all navigation tools, whether in-dash or handheld, should be "classified as motor vehicle equipment." Such classification would put them under the scrutiny of the government.

Tech industry backers claim the government doesn't have the staffing, time, nor money to review mobile navigation tools. Google Maps and Apple Maps may account for the bulk of what smartphone and tablet owners use, but they are hardly the only such apps available. The Google Play Store and the iTunes App Store contain thousands of navigation apps. The government can't regulate all of them.

Congress will debate the merits of The GROW AMERICA Act over the next several months and make a decision later this year. It's time for the technology industry to weigh in, before it's too late.

Hey government, stay off of my smartphone.  If a map application doesn't work or is inaccurate, I will decide to get a new one.  I don't need you adding to the cost of it.
Reply  |  Post Message  |  Messages List  |  Start a Board

Always follow the money trail. Nothing happens but for it.

Thank you poster who proposed that the reason behind Federal Goverment oversite of driving applications is based Automobile makers wanting to shove $5000 tech packages into your purchase because you have no other choice. I didn't buy a tech package in my last SUV purschase for the primary reason that it cannot be accessed while driving. My smart phone does the job better and is ready when I need it. The last time I used a built in navigation was on a borrowed car and I remember cursing as I put the car into "park" on a dangerous roadway to be able to access the navigation. The poster who talked of preforming the task before leaving I would assume never really goes anywhere. Sir/Madam, have you ever been redirected mid route because say, Tommy got sick and Mary took him home in a cab but Jim still wants to meet at a resturant, but not the same as planned. That my friends is a taste of real life.

This is clearly an attack on Google maps by a group who has a money interest in hobbling Googles sucesss. I pray Google stands up for themselves and the users. There are more players than Google in this story but who would argue Google's lead.
Reply  |  Post Message  |  Messages List  |  Start a Board

I've been guilty of fumbling with a paper map (or a printout from a mapping program) while driving down the road. At least the GPS on my phone talks to me, and an in-dashboard system (which I don't own and have only used in rentals) would be even better.
Reply  |  Post Message  |  Messages List  |  Start a Board

Exactly right. If the federal government can mandate that the states have to either brand you as a "criminal" for drinking 3 beers or lose highway funding, how about some protection from the self-absorbed drivers who devote far more attention to their smart phones than they to me, and to everyone else who is just trying to get across the road in one piece.
Reply  |  Post Message  |  Messages List  |  Start a Board

Generally the government doesn't get involved with things like this without prompting from entities who have complained.  What lobby group is being vocal about the need to "get control" of mobile device navigation solutions?  Is it the traditional competitors in this space (TomTom, Garmin, etc.)?  Is it a group of motivated individuals who had the misfortune to be misguided and harmed by using them?
Reply  |  Post Message  |  Messages List  |  Start a Board

Good idea....I've seen too many people driving and texting/data entering while driving.    It's an accident waiting to happen.   If they want to find out how to get to point "A", then enter the information BEFORE you get behind the wheel, not during.
Reply  |  Post Message  |  Messages List  |  Start a Board

"Carmakers support the new measures to a degree, but technology companies do not." Carmakers can force you to buy a $5,000 "technology package" to get their ineffective nav system -- gee, wonder why they support the government's possible ban of anything from a smartphone in a car?

I knew that with the yahoos in government in California and our President trying to act like Jimmy "55 mph" Carter, we would get here really quickly. We have so few techies in Congress that these idiots believe that listening to a nav app is equivalent to texting!

After they strip you of your right to navigate, next will be the entertainment system. Do you think the car guys are going to pass up the opportunity to force you to pay for Pandora, etc. including a cellular connection built in? if you want to change a station, you are going to have to pull over to the side of the road -- just like you now do for your AM or FM station -- wait, we don't have to do that.

Or pull to the side to touch a screen of the nav system to select an alternate route, just like you do with your climate control -- wait, we don't have to do that either!

And your freedom will fly away on the wings of "safety". Wait, it gets better, this new Federal Regulation, not only steals a right reserved to your state government, but the fantastically expensive new bureau, packed with party bosses will cost you big additional taxes!
Reply  |  Post Message  |  Messages List  |  Start a Board

This is really silly and far over reaching. The government should spend time protecting our privacy from marketing companys and itself before going after this. This is such a waste of time.
Reply  |  Post Message  |  Messages List  |  Start a Board
Page 1 / 2   >   >>
Editors' Choice
Hot Topics